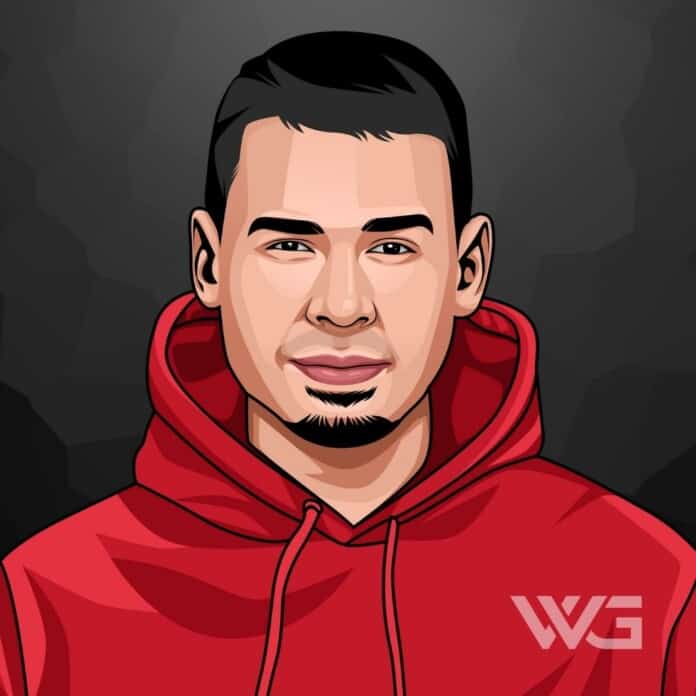 What is Afrojack’s net worth?

In 2007, Afrojack founded the record Wall Recordings. Afrojack is mostly known for his tracks ‘Dirty Sexy Money’, ‘Ten Feet Tall’, Another Life, ‘Another Life’ and ‘One More Day’.

Currently, Afrojack regularly features as one of the ten best artists in the Top 100 DJ’s.

Nick Van De Wall “Afrojack” was born in Spijkenisse, in the Netherlands on the 9th of September, 1987.

Afrojack is of Moroccan, Dutch and Surinamese descent. He developed his interest in music at an early age and learned how to play piano at the age of 5.

Afrojack grew up in a single-parent household. His mother, Debbie, owned a local gym. After he left school, he began to study graphic design at the Grafisch Lyceum in Rotterdam one year before he decided to focus on his career as a DJ and producer.

Nick Van De Wall aka Afrojack began his career by getting his hands on a copy of the music-sequencing program ‘Fruity Loops’ where he started to play around with samples and create his own tracks.

Afrojack was discovered in a Rotterdam club scene, where he began performing for short DJ sets before he went travel to the Mediterranean to hone his craft. He later returned to his native Holland, where he signed to Digidance Label and released his debut single, “Afrojack: In Your Fave”.

He was invited to remix the likes of Madonna’s ‘Revolver’ and Lady Gaga‘s ‘Alejandro’. In 2010, he began to collaborate with vocalist Eva Simons on his first top hit ‘Take Over Control’.

Afrojack also released a rarities album, ‘Lost & Found’. The next year, he worked with Miami rapper Pitbull for the hit single ‘Give Me Everything’ and released his own track ‘The Future’.

In 2012, his popularity grew, and he announced a worldwide deal with Universal and Island/Def Jam, resulting in a worldwide chart success. Afrojack released songs such as ‘The Spark’ featuring Spree Wilson and ‘Ten Feet Tall’ featuring Wrabel.

He has been working with stars such as Sting, Snoop Dogg, and Wiz Khalifa. Over the next few years, he stayed busy, collaborating with David Guetta on multiple tracks including ‘Hey Mama’ and ‘Another Life’.

In 2018, Afrojack released the single ‘Bed of Roses’ featuring Stanaj.

Here are some of the best highlights of Afrojack’s career:

“I think the most important thing about dance music is the connection. If you put 80,000 people together, no one knows each other, and once the music starts, everyone loves each other. That doesn’t happen with a lot of genres. If you go to a hip-hop club, it’s not like when one song comes on that everyone suddenly loves each other.” – Afrojack

“My debut album, ‘Forget the World,’ is all about not listening to the negativity around you and to continue to do what you love, no matter what people think. I love what I do. Dance music is my passion, my life. There is no greater feeling than being one with my fans, partying to the music we love.” – Afrojack

“I was in school – I was a good learner; if I wanted to get something done, I could get it done. I was lazy, though. I was always, like, sort of an outcast. And when I got home, I was always doing music, but when I was doing music, no one was there to judge it, you know? It was just me in my bedroom. It gave me freedom and made me happy.” – Afrojack

“When I was a baby, my mom used to have a dance school, and she used to teach classes there. We didn’t have money for a babysitter, so she always brought me with her to the dancing school. Back then, I was already watching and listening to Michael Jackson for a long time.” – Afrojack

“One of the reasons why my album is called ‘Forget the World’ is because when you listen to the world, you make stupid mistakes.” – Afrojack

How much is Afrojack worth?

Afrojack’s net worth is estimated to be $60 Million.

How old is Afrojack?

How tall is Afrojack?

Afrojack is a talented DJ and has been that since he released his debut album ‘Forget the World’ in 2014. Afrojack regularly features in the top 10 of Mag Top 100 DJ’s.

With an estimated net worth of $60 Million, Afrojack becomes one of the richest DJs in the world.

What do you think about Afrojack’s net worth? Leave a comment below.