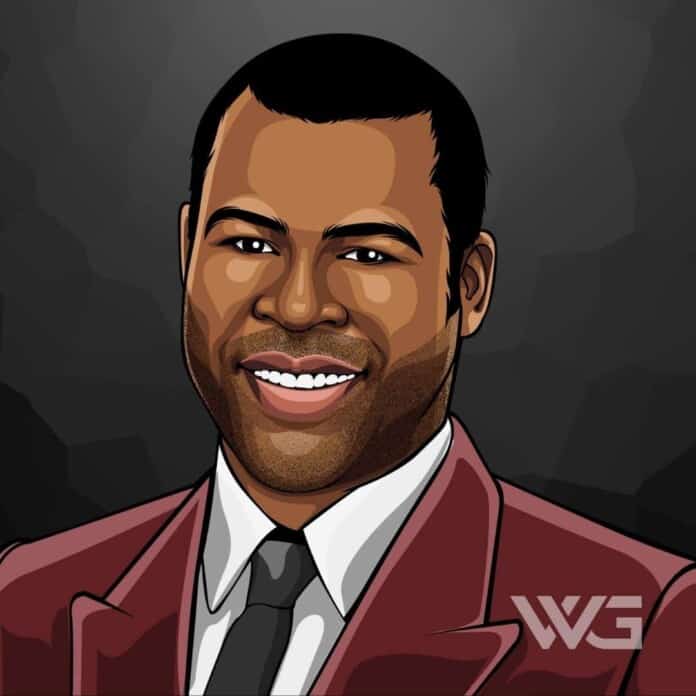 What is Jordan Peele’s net worth?

As of February 2023, Jordan Peele’s net worth is estimated to be $50 Million.

Jordan Haworth Peele is an American actor, comedian, and filmmaker from New York. Peele is best known for his film and television work in horror and comedy genres. Peele’s breakout role came in 2003 when he was hired as a cast member on the FOX sketch comedy series ‘Mad TV’.

Jordan Haworth Peele was on the 21st of February, 1979, in New York City. Peele is the son of Lucinda Williams and Hayward Peele. He was raised by his single mother on Manhattan’s Upper West Side. His mother is white, and his father is black.

Peele attended the Computer School in Manhattan, graduated from The Calhoun School on Manhattan’s Upper West Side, and went on to Sarah Lawrence College.

Peele began his career by performing at Boom Chicago in Amsterdam. He and Nicole Parker were well known for their musical duets at Boom Chicago. He portrayed a popular character called “Danish Supermodel Ute” during his time at Boom Chicago and hosted MTV’s Comedy Weekend in 2002.

Peele was nominated for a 2008 Emmy Award for his song “Sad Fitty Cent”, a music video parody about 50 Cent lamenting over his rivalry with Kanye West.

In 2017 Peele’s first film as a solo director, Get Out, was released to critical acclaim, eventually scoring a 99% rating on Rotten Tomatoes. The film received particular praise for Peele’s screenplay and direction, as well as the performance of its lead, Daniel Kaluuya. The Atlantic called the film “a masterpiece.”

Get Out proved to be popular with movie audiences, and it eventually became one of the most profitable horror films, and films of 2017, and grossed over $255 million on a budget of $4.5 million.

For his work on the film, Peele received significant attention, as well as numerous accolades, including the Bingham Ray Breakthrough Director Award at the 2017 Gotham Independent Film Awards.

However, most people probably know Peele for his comedy sketch show ‘Key & Peele’, alongside fellow actor and comedian, Keegan-Michael Key.

Here are some of the best highlights of Jordan Peele’s career:

“The world has wanted me to speak differently than I speak.” – Jordan Peele

“Since we were renamed, and now it feels like 80 percent of the African-American population has the name Washington or Jefferson or some president or slave owner’s name. And, I almost wonder if this, like, is this part of a way of taking back the principle of naming your – I might be going too far into this – but naming your kids something of your choice?” – Jordan Peele

“Everybody knows this legend in kind of African-American lore. There’s always somebody in your neighborhood named Orangejello or Lemonjello. And that’s spelled – Orangejello is spelled O-R-A-N-G-E-J-E-L-L-O.” – Jordan Peele

“I think that is also something he [Barack Obama], at the beginning of his presidency, he couldn’t really explore and couldn’t show. He had to be almost a one-dimensional, stoic leader during that first election.”– Jordan Peele

“[Barack Obama] will touch you on the shoulder and, you know – in that big brother or father figure kind of way. And you really do feel sort of shepherded by him.” – Jordan Peele

Let’s take a look at some of the strongest lessons we can learn from him and his movies:

Peele wanted to make a film that a black audience would accept as true to life but admitted that one of his biggest fears is that his movie – that takes a hard look at subtle white liberal racism – would be divisive.

He was pleasantly surprised when, during the film’s first public screenings, it was clear that mid-way through the movie that both black and white audiences were seeing and experiencing the film through the eyes of his protagonist Chris, played by Daniel Kaluuya.

Without the pressure of worrying about “Get Out” getting made, Peele treated the script outlining and writing like a hobby – something he did for enjoyment rather than watch TV at night.

Peele said that one the lesson he learned from his comedy writing background – and was a big portion of the success of his hit Comedy Central show “Key and Peele” – was that when you are having fun writing it leads to good writing.

On the flip side, Peele learned that using genre expectations could also be a powerful tool. In the case of Hollywood movies about race, there’s always a white savior, which is something Peele knew he could use to his advantage.

Peele knew that the audience would see Rose (Allison Williams) as the white savior, and therefore could keep them from seeing she was a threat. The audience, even if suspicious, would think, “a movie wouldn’t do that – you can’t have the last good white person in the movie also be evil.”

How much is Jordan Peele worth?

Jordan Peele’s net worth is estimated to be $50 Million.

How old is Jordan Peele?

How tall is Jordan Peele?

Jordan Peele is an incredible actor, comedian, and filmmaker. His movie ‘Get Out’ has received worldwide acclaim and is considered to be a masterpiece by many.

What do you think about Jordan Peele’s net worth? Leave a comment below.