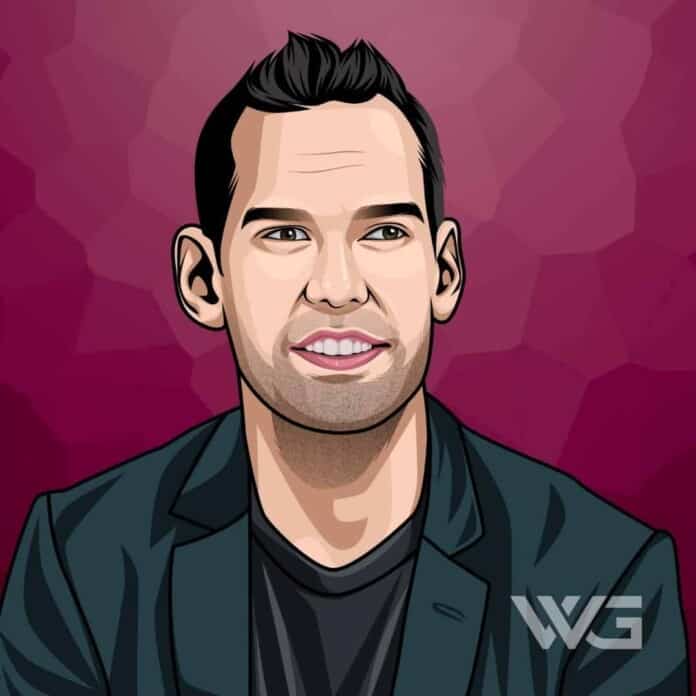 What is Tom Bilyeu’s net worth?

Thomas “Tom” Bilyeu is an American entrepreneur and businessman from Tacoma. He initially gained recognition when he co-founded ‘Quest Nutrition’ which is a healthy food and snacks company.

He has collaborated with some of the best entrepreneurs in the world including Peter Diamandis.

Thomas Bilyeu was born in Tacoma, Washington on the 30th of March, 1976. Bilyeu’s early career started by him selling insurance door to door in his neighborhood. At the age of 22, he started from the bottom having little success.

He became a motivational speaker after that and influenced many by his story, on how you can go from being broke to being a millionaire. He is by far one of the best entrepreneurs of our time and has helped so many people through his work.

Bilyeu started his early career as a successful entrepreneur when he founded ‘Quest Nutrition’ in 2010. The company grew by 57% and in its first 3 years, and was ranked No. 2 on the ‘Inc 5000’ fastest growing companies in the United States in 2014.

Then in 2016, Bilyeu and his wife Lisa started ‘Impact Theory’.

Impact Theory was a for-profit media company designed to “leverage the self-sustaining power” and “commerce to radically influence the global culture”.

The company has a 3-stage business plan: Community Building, Incubation and Building, and Selling. In 2018, Impact Theory still has over 1,500,000 followers on its social media platforms.

Today, Bilyeu is one of the most successful entrepreneurs.

Throughout his career as an entrepreneur, he has influenced people to reach their highest potential to become successful workers.

Here are some of the best highlights of Tom Bilyeu’s career:

“The truth is every human being decides how they are going to live their life because we all decide what meaning we give to each and every moment in our lives. We do not decide what shows up. But we do decide how we show up.” – Tom Bilyeu

Those are things you must decide for yourself. But make no mistake, it’s a decision. It’s not a genetic gift. It’s a mindset.” – Tom Bilyeu

“You’ve got to have rules to live by, and one of mine is to always say yes. Put yourself in danger of something amazing happening to you. Train yourself to see opportunity rather than difficulty. Joy rather than anxiety. Practice rather than performance.” – Tom Bilyeu

“Take a job that pays a person with my experience the maximum amount of money. There’s a catch here: Your employer is paying top-shelf dollars and thus expects top-shelf results. This means you’ve got to deliver from Day One. You don’t have the room to take a lot of risks or take on tasks outside of your core responsibilities. You’ll be paid well, but you’ll be wearing golden handcuffs.”– Tom Bilyeu

“I mean, you know this drill so well. It was, okay, rather than just sell the company and then figure it out–let’s figure it out now while we still have the security of the company and it’s doing well. So we started building it long before… we started building Quest long before we sold the technology company. We were testing the market and making sure that the product was viable. And we were renting kitchen space by the hour, and really just seeing “Is this actually something people want?” before we make some huge investment. Before we sell the company and they don’t have something to keep us going.” – Tom Bilyeu

Now that you know all about Tom Bilyeu’s net worth, and how he achieved success; let’s take a look at some of the lessons wee can learn from him:

1. You, Will, Become What You Think About

You will always become what you think about, so make sure you’re using positive self-talk and visualizing success. Don’t waste time, and focus towards your goals.

Harness your curiosity and begin to develop your passions over time. Instead of trying to find your passion, start learning more about what you already interested in.

Create a specific goal and identify where you are and figure out how to bridge the gap from reality to your goal. Start believing it’s possible.

How much is Tom Bilyeu worth?

Tom Bilyeu’s net worth is estimated to be $400 Million.

How old is Tom Bilyeu?

How tall is Tom Bilyeu?

Tom Bilyeu is a very successful entrepreneur, and he has inspired many by his speeches and interviews throughout his career.

Throughout his career, he has influenced so many people to reach their highest potential. He is the co-founder of the No.1 selling Quest Bar and X-Prize Foundation.

What do you think about Tom Bilyeu’s net worth? Leave a comment below.

Thomas Bangalter has earned a fabulous income as a French DJ and member of Daft Punk, creating enormous wealth from his cutting-edge music.