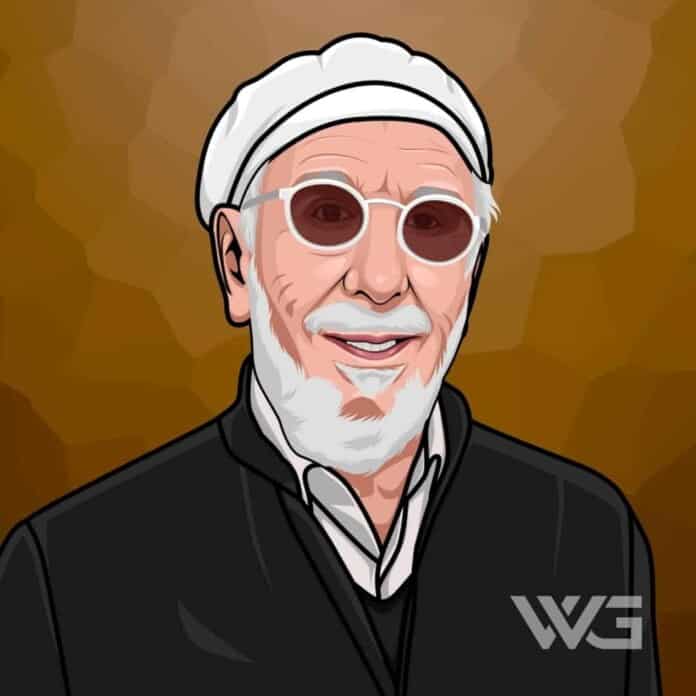 What is Lou Adler’s net worth?

Adler is the co-owner of the Roxy Theatre in West Hollywood. He has produced and developed many iconic musical artists, including The Grass Roots, Jan & Dean, The Mamas & the Papas and Carole King. The album ‘Tapestry’, produced by Adler, won the 1972 Grammy Award for Album of the Year.

Lester Louis Adler was born on the 13th of December, 1933, in Chicago.

Adler grew up in a mixed Jewish-Mexican family. He made his beginnings as a songwriter for Sam Cooke. He then decided to found his own production house, Dunhill Records, in 1964.

Adler discovered the Mamas and the Papas. Using profits from their consecutive hits he co-produced the groundbreaking Monterey International Pop Festival in 1967.

During a three-day concert event, American audiences got acquainted with the likes of the Who, Otis Redding and Jimi Hendrix. In 1967, Adler sold Dunhill for $3 million to ABC Records, and the same year he founded Ode Records.

With his new label came many new successes, including the instant hit album ‘Tapestry’ by former songwriter Carole King, as well the cult phenomenon ‘The Rocky Horror Show.’

In 1978, he directed Cheech and Chong’s debut film ‘Up in Smoke’ 1978. He eventually withdrew from the movie industry, directing his attention on charitable organizations while serving as one of the industry’s most knowledgeable sounding boards.

As of today, Adler’s name is instantly recognizable to most people. He is one of the most successful and well-known music producers of all time, an entertainment legend in his own right, identified inextricably with Los Angeles’ musical culture.

In 2006, Adler was awarded a star on the Hollywood Walk of Fame. In 2013, he was inducted into the Rock & Roll Hall of Fame 2013 as the winner, alongside Quincy Jones, of the Ahmet Ertegun Award.

How Does Lou Adler Spend His Money?

Lou Adler spends some of his money on his real estate in California.

Here are some of the best highlights of Lou Adler’s career:

“When I did ‘Tapestry’ with Carole King, the record was spare and simple, like a demo. If someone had told me to go back and put horns on it, it would’ve been all wrong. If you’re enthusiastic enough to sign an artist, let them do what got you enthusiastic.” – Lou Adler

“He made an enormous amount of money in the record business as a result of owning so much of what I was doing… I owned all those albums and continued to own my catalog.” – Lou Adler

“In making films, you’re dealing with hundreds of people and a crew, but eventually, it’s you and an editor, and that part of it, I liked it a lot. The experience on ‘Up in Smoke’ was great. I really enjoyed it.” – Lou Adler

“Surf music at the time that I did it wasn’t mainstream, nor were the Cheech and Chong albums. The risk comes from having the ability to do something that hadn’t been done before that I thought was either interesting as an art form or just should be done.” – Lou Adler

Now that you know all about Lou Adler’s net worth and how he achieved success; let’s take a look at some of the lessons we can learn from him:

Eighty percent of success is showing up.

Your goal should be just out of reach. But not out of sight.

You must want to be a butterfly so badly, you are willing to give up being a caterpillar.

How much is Lou Adler worth?

Lou Adler’s net worth is estimated to be $250 Million.

How old is Lou Adler?

How tall is Lou Adler?

Lou Adler is a record producer, manager, director, and owner of the famous Roxy Theatre.

He is a two-time Grammy-winning producer. Adler is the founder of Dunhill Records. He has also directed the cult film ‘Cheech and Chong’ and produced both ‘The Rocky Horror Picture Show’ and ‘Shock Treatment’. He has been the producer for some of the most .’successful performers of all time including the Mamas and the Papas and Carole King.

What do you think about Lou Adler’s net worth? Leave a comment below.