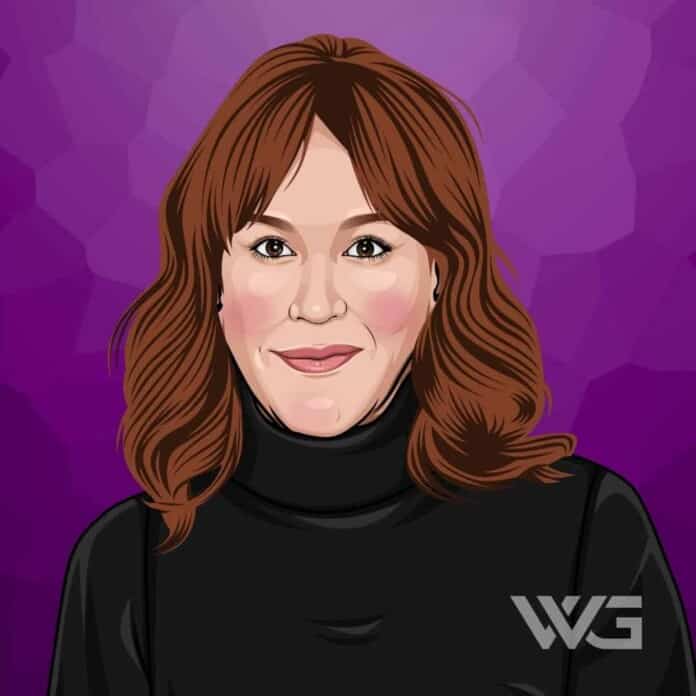 What is Molly Ringwald’s net worth?

Molly Ringwald is an American actress, singer, and author.

Ringwald rose to fame with her role as Molly in the sitcom ‘The Facts of Life’. She and other members of the cast were let go when the show was reworked by the network.

She made her motion picture debut as Miranda in the movie ‘Tempest’ in 1982, which earned her a Golden Globe nomination.

Molly Kathleen Ringwald was born on the 18th of February, 1968, in California.

Ringwald is the daughter of Adele Edith and Robert Scott “Bob” Ringwald. She has two siblings, Beth and Kelly, and an older brother.

Ringwald started her acting career when she was 5 years old. The following year, she recorded ‘I Wanna Be Loved By You,’ a music album of Dixieland jazz with her father and his group, the Fulton Street Jazz Band.

After making her debut on the big screen in ‘Tempest’ and ‘Spacehunter: Adventures in the Forbidden Zone.’ In 1984, she had her breakout role in the comedy ‘Sixteen Candles.’ She won the Young Artist Award for “Best Young Actress” in a Motion Picture for her role as Samantha Baker.

Ringwald starred in three films in 1987, ‘P.K. and the Kid,’ ‘King Lear,’ and ‘The Pick-up Artist.’ She starred alongside Robert Downey Jr. in ‘For Keeps’ the following year.’

In the 1990s, she turned down the female lead roles of both ‘Pretty Woman’ and ‘Ghost,’ which today is considered to be two of the best movies in the movie industry.

She appeared in ‘Strike it Rich’ alongside Robert Lindsey and John Gielgud in 1990. In the mid-90s, she moved to Paris and was in several French films.

In the 2000s, Ringwald was in the ensemble-themed film ‘In the Weeds’ and the Australian slasher film ‘Cut.’ The following year, she was in the Western ‘Cowboy Up.’

Here are some of the best highlights of Molly Ringwald’s career:

“You never know when you read a script how it’s going to turn out because so much depends on the collaboration between people. If I’d been in some of the movies I turned down, maybe they wouldn’t have been a success.” – Molly Ringwald

“Whatever it is that gives you that confidence will vary from person to person, but I do believe that it is the key to succeeding at anything in life – career, relationships, anything.” – Molly Ringwald

“John had been wanting to write something for me, and he often used song titles for his projects since most of what he wrote was inspired by music. He wrote Pretty in Pink in between Sixteen Candles and The Breakfast Club and based it loosely around the Psychedelic Furs song.” – Molly Ringwald

“Andrew was cute with a sorta bookish quality. He didn’t come off like some typical jock, which I didn’t think Andie would ever be interested in. He seemed like the kind of guy that Andie would’ve been into because Andie wasn’t that different from me.” – Molly Ringwald

“The reaction you see on film is him getting legitimately upset with us for pestering him. But that’s the only time I can recall us ever butting heads. I would say that I probably hung out with him more on set than I did with Andrew.” – Molly Ringwald

“I grew up in a home filled with music and had an early appreciation of jazz since my dad was a jazz musician. Beginning at around age three I started singing with his band and jazz music has continued to be one of my three passions along with acting and writing. I like to say jazz music is my musical equivalent of comfort food.” – Molly Ringwald

Now that you know all about Molly Ringwald’s net worth and how she achieved success; let’s take a look at some of the best lessons we can learn from her:

In life, there is always that special person who shapes who you are, who helps to determine the person you become.

You never know when you read a script how it will turn out because so much depends on the collaboration between people.

We are not young forever. Use your time on earth carefully.

How much is Molly Ringwald worth?

Molly Ringwald’s net worth is estimated to be $11 Million.

How old is Molly Ringwald?

How tall is Molly Ringwald?

Molly Ringwald is an American actress who is best known for starring in the movies Sixteen Candles’, The Breakfast Club’ and ‘Pretty in Pink.’

Before she starred in these movies, she was known for her role on the NBC sitcom ‘The Facts of Life.’ Some of her other notable films include ‘The Pick-up Artist,’ ‘For Keeps,’ and ‘Teaching Mrs. Tingle,’ and the television series ‘Riverdale.’

What do you think about Molly Ringwald’s net worth? Leave a comment below.