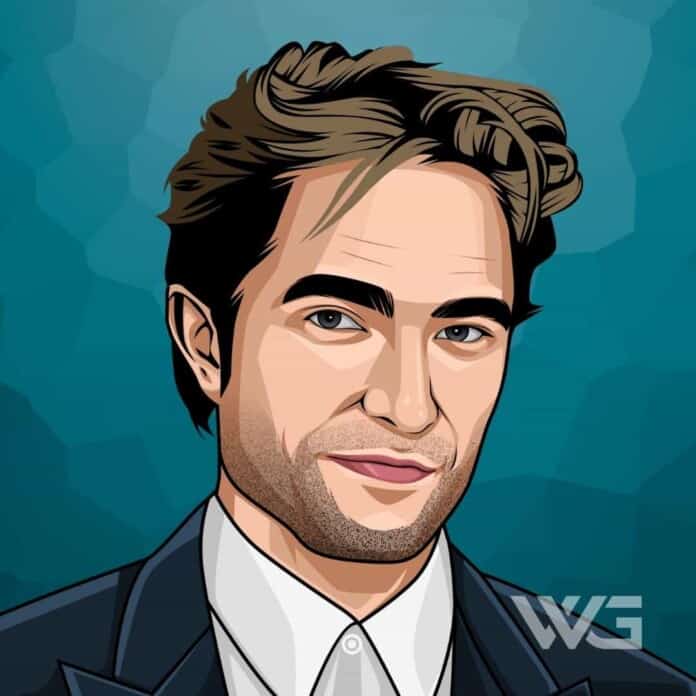 What is Robert Pattinson’s net worth?

As of December 2022, Robert Pattinson’s net worth is estimated to be roughly $100 Million.

Robert Pattinson is an English actor from London, England.

Pattinson is best known for starring in movies such as ‘Harry Potter and the Goblet of Fire’ and ‘Twilight’. The Twilight franchise consisting of five films between 2008 and 2012, which grossed a combined total of over $3.3 billion worldwide.

Robert Douglas Thomas Pattinson was born on the 13th of May 1986, in London, England. His father Richard used to import vintage cars from America, while his mother Clare used to work for a modeling agency.

Though he was shy from his childhood days, he had a great desire to be a performer. He was also inspired by his older sister Lizzy Pattinson, who was a singer.

Robert Pattinson made his TV debut in 2004 in ‘Ring of the Nibelungs’, a television movie. The following year, he played a small role in the movie ‘Vanity Fair’.

Pattinson portrayed the character of Edward Cullen in the film ‘Twilight’ which was released in 2008; it would be the first installment of the ‘Twilight Movie Series’.

He reunited with the Twilight cast in 2009, for the sequel ‘Twilight: New Moon’. Directed by Chris Weitz, the film was released on 16 November 2009. Like its prequel, the movie was a huge success commercially, grossing more than $700 million worldwide.

In between the filming of the Twilight series, Pattinson also appeared in other movies such as ‘Love and Distrust’ in which he appeared in the lead role, and ‘Remember Me’, another romantic film where he portrayed the main role.

Here are some of the best highlights of Robert Pattinson’s career:

“I was at a small private school in London. I wasn’t very academic. My dad said to me, ‘OK, you might as well leave since you’re not working very hard’. When I told I he wanted to stay on for my A-levels, he said I’d have to pay my own fees, then he’d pay me back if I got good grades.” – Robert Pattinson

“It’s always been strange to me that someone can say they’re a vampire fan. I’m not a non-fan, but it’s such an unusual thing to be a fan of. That’s like saying, “I love zombie movies! I just love ’em! They’re my favorite!” That’s more of a psychological problem than being an actual fan.” – Robert Pattinson

“If you find a girl who reads, keeps her close. When you find her up at 2 AM clutching a book to her chest and weeping, make her a cup of tea (coffee) and hold her. You may lose her for a couple of hours but she will always come back to you. She’ll talk as if the characters in the book are real because, for a while, they always are. Date a girl who reads because you deserve it. You deserve a girl who can give you the most colorful life imaginable.” – Robert Pattinson

“People ask me if I’m afraid of getting typecast, but you can’t be afraid of that. It’s really not up to you. I’m getting other parts that aren’t vampires.” – Robert Pattinson

Now that you know all about Robert Pattinson’s net worth, and how he achieved success; let’s take a look at some of the best lessons we can learn from him:

People who are ambitious and work hard for years and still don’t reach their goals most likely did the wrong things or they did the right things but didn’t stick with it long enough. It could also be because they were missing some crucial pieces to the puzzle.

You can be a hard, dedicated worker who happens to be working for the wrong company, a company with a culture that promotes people who are in the “in crowd” for example. If you’re trying to get fit, you may be focusing too much on the exercising aspect and not enough on the nutritious food aspect.

How much is Robert Pattinson worth?

Robert Pattinson’s net worth is estimated to be $100 Million.

How old is Robert Pattinson?

How tall is Robert Pattinson?

Robert Pattinson is a popular English actor, model, producer and musician, known for portraying roles such as Cedric Diggory in ‘Harry Potter and the Goblet of Fire’, and Edward Cullen, in the ‘Twilight’ movie series.

He has also been named one of TIME magazine’s 100 Most Influential People in the World, as well as Forbes’ one of the most powerful celebrities in the World.

As of December 2022, Robert Pattison’s net worth is estimated to be roughly $100 Million.

What do you think about Robert Pattinson’s net worth? Leave a comment below.