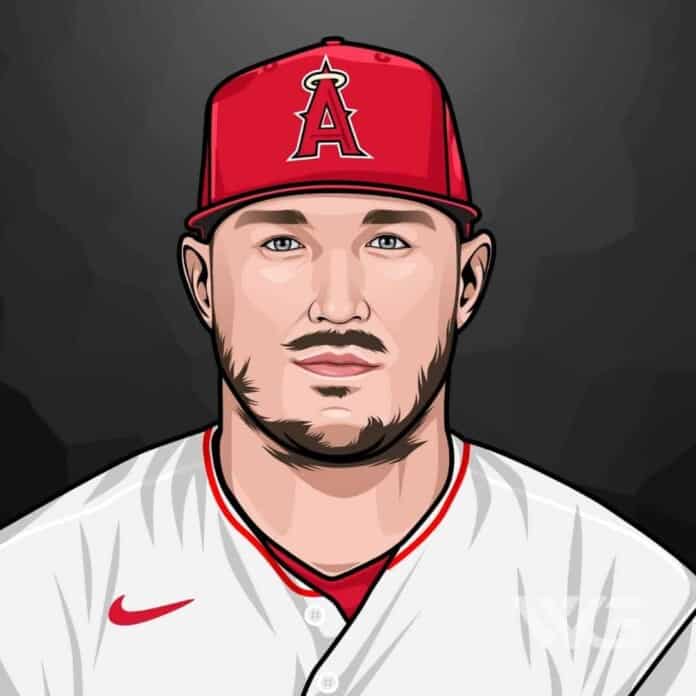 What is Mike Trout’s net worth?

He plays for the Los Angeles Angels of MLB. Trout is an eight-time MLB All-Star, three-time American League Most Valuable Player, winning the award in 2014, 2016, and 2019. He made his major-league debut for the ‘Los Angeles Angels and became the team’s youngest player to hit two home runs in one game.

Michael Nelson Trout was born on the 7th of August, 1991, in Vineland, New Jersey.

Trout grew up in nearby Millville, New Jersey. Trout studied at Lakeside Middle School and graduated from ‘Millville Senior High School’ in 2009.

His father, Jeff, played baseball at the University of Delaware and was a fifth-round draft pick as a second baseman by the Minnesota Twins in 1983.

Trout made his professional debut in baseball playing for the ‘Arizona Angels’ in the rookie-level ‘Arizona League’ in 2009 and finished the season with the ‘Cedar Rapids Kernels’ in the ‘Class A Midwest League.’

He gave a stunning account of himself in his first year. That made him the third-best prospect for the ‘Angels’ and ‘Baseball America’s 85th-best all-rounder.

In 2010, he was selected to play in the ‘All-Star Futures Game’ and was named ‘Baseball America’s second-best overall baseball prospect.

He made his major-league debut for the ‘Los Angeles Angels’ in July 2011 and hit his first home run against ‘Baltimore Orioles pitcher Mark Worrell. He became Angel’s youngest player to hit two home runs in one game that season.

Trout started 2012 with the ‘Salt Lake Bees’ and later replaced Bobby Abreu of the ‘Los Angeles Angels.’ He broke several of the ‘Angels’ rookie records that year and earned himself the ‘Rookie of the Month’ four times that season.

‘Sports Illustrated’ rated him as the number one baseball player in 2018. He was named a starting outfielder in the 2018 ‘Major League Baseball All-Star Game.’

As of December 2022, Mike Trout’s net worth is estimated to be roughly $140 Million.

How Does Mike Trout Spend His Money?

Mike Trout spends some of his money on charity work.

Trout spends some of his money on charity work by supporting Big Brothers Big Sisters.

Here are the best highlights of Mike Trout’s career:

“Keep your head on the ball. You’ve got to hit it first, then look where it goes. People get in trouble when they look for where the ball’s going, and they haven’t even hit it yet.” – Mike Trout

“Coming into the year, my goal was to be the best player and to make the most impact on the field. To be in the MVP talk with guys like Cabrera, it’s an incredible feeling, a hard one to explain. When I made the All-Star team, that was a huge moment of my career, and that’s when all the rookie-of-the-year talk started. It really came on fast. I was having so much fun during the year. Didn’t really think of the awards or the individual stuff. I was trying to help the team win.” – Mike Trout

“You know, I call timeout a lot. If I start thinking up there, I like to step out of the box and clear my mind. You do all your thinking in the cage before the game, once the game starts, you just go out there and play baseball.” – Mike Trout

Now that you know all about Mike Trout’s net worth and how he achieved success; let’s take a look at some of the best lessons we can learn from him:

As a leader, you have to do the same when you walk into a meeting or walk onstage. You, too, have to look where you’re going.

2. Appreciate The Power Of A Routine

When Mike Trout came to the plate, he tapped his bat the same way each time—same place, same timing. By establishing this routine, he was getting in sync with his rhythm.

You, too, need a routine to establish your rhythm. When you sit, think about settling in that chair where you want to put your balance point and how you put your stuff on the table.

3. Be Prepared To React

Mike Trout instantly adjusts to the ball coming at him. You, too, have to be prepared to change with the energy coming at you when you enter a space. Sometimes that requires you to stray from your plan if you know that there’s a better way to engage the audience.

How much is Mike Trout worth?

Mike Trout’s net worth is estimated to be $140 Million.

How old is Mike Trout?

How tall is Mike Trout?

Mike Trout is an upcoming American professional baseball player who made his professional debut playing for the ‘Angels’ in the ‘Arizona League.’

Sports Illustrated’ has rated him as the number one baseball player, and he has been named a starting outfielder in the current ‘Major League Baseball All-Star Game.’

What do you think about Mike Trout’s net worth? Leave a comment below.