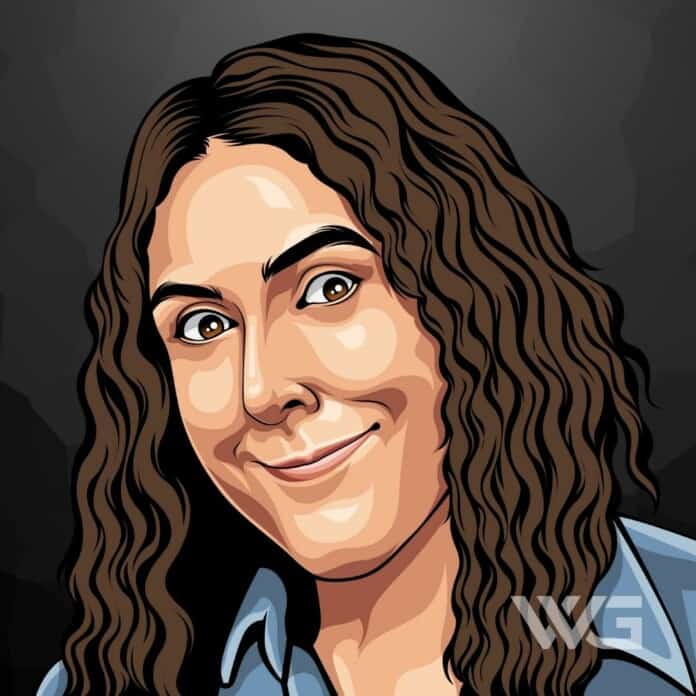 What is Weird Al Yankovic’s net worth?

As of December 2022, Weird Al Yankovic’s net worth is estimated to be $20 Million.

Yankovic is best known for his humorous songs that make light of popular culture and often parody specific songs by contemporary musical acts, original songs that are style pastiches of the work of other acts, and polka medleys of several popular songs.

Alfred Matthew Yankovic was born on the 23rd of October, 1959, in Downey, California. Yankovic is the son of Mary Elizabeth and Nick Yankovic. He spent his childhood in Lynwood. His father was of Yugoslavian descent and had moved to California after serving in ‘World War II.’

A day before his sixth birthday, his parents enrolled young Alfred at a local music school. Alfred learned to play the accordion there.

‘Eat It’ became hugely popular on ‘MTV’ and also remained Yankovic’s highest-charting single till the release of ‘White & Nerdy’ in 2006. In 1986, he released ‘Dare to Be Stupid,’ which was the first-ever comedy record to be released in the CD format.

In 1988, he returned with a “platinum” album, ‘Even Worse,’ and answered everyone who had doubted his skills as a musician. The first song of the album ‘Even Worse,’ ‘Fat,’ was a parody of Michael Jackson’s song ‘Bad.

In 1992, he released ‘Off the Deep End,’ which featured ‘Smells Like Nirvana,’ a parody of ‘Nirvana’s hit single ‘Smells Like Teen Spirit.’ His 1993 album ‘Bad Hair Day’ featured the single ‘Amish Paradise,’ a parody of Coolio’s ‘Gangsta’s Paradise.

In 2018, he released a song called ‘The Hamilton Polka Online,’ a medley inspired by the musical ‘Hamilton.’ It is the first polka song to find a place on the ‘Billboard.

Here are some of the best highlights of Weird Al Yankovic’s career:

“I write and write and write, and then I edit it down to the parts that I think are amusing, or that help the storyline, or I’ll write a notebook full of ideas of anecdotes or story points, and then I’ll try and arrange them in a way that they would tell a semi-cohesive story.” – Weird Al Yankovic

“I make charts of songs that are good candidates, good targets, so to speak. Then I try to come up with ideas for parodies. And 99% of those ideas are horrible.” – Weird Al Yankovic

“You slammed my face down on the barbecue grill, now my scars are all healing, but my heart never will.” – Weird Al Yankovic

“I love the way they run in fright when I turn on the kitchen light. And when I squish them on the ground, they make a pleasant crunchy sound.” – Weird Al Yankovic

“As much as people are griping about the Internet taking sales away from artists, it’s been a huge promotional tool for me.” – Weird Al Yankovic

“Like, I have had moments, which I think most people have, where you’ll be watching TV, and it’ll be interrupted by some tragic event, and you’ll actually find yourself thinking, ‘I don’t want to hear about this train being derailed! What happened to ‘The Flintstones’?'” – Weird Al Yankovic

When Weird Al started out, in 1976, radio was king and the kooky DJ “Dr. Demento” played the California kid’s first song: Belvedere Cruisin’.

Three years later, Yankovic launched his parody career by sending Dr. Demento My Bologna (his version of The Knack’s My Sharona). If your field isn’t like it was when you got in decades ago, don’t sulk, pivot (the current buzzword in the work world). Change with the times, as Weird Al has.

The art of successful parody, as Weird Al knows better than anyone, is to mock whatever’s trendy. Knocking off something from 2005 doesn’t cut it.

If you’re not keeping up with the latest technology and trends for your job, find a way to do so. Connect with a younger person at work to become your “reverse mentor,” sign up for a free MOOC (Massively Open Online Course) or take a class at a community college.

Weird Al needs to get permission from the original artists to release his parodies, and he was indefatigable for the songs on this album. He told Reuters that he’s “very tenacious” and has a “strong work ethic.”

When you’re hitting brick walls and bureaucracy at work, get proactive and — like Yankovic — tenacious. That may mean crossing some boundaries or going over heads or getting in someone’s face. It worked for Weird Al.

How much is Weird Al Yankovic worth?

Weird Al Yankovic’s net worth is estimated to be $20 Million.

How old is Weird Al Yankovic?

How tall is Weird Al Yankovic?

“Weird Al” Yankovic is one of America’s leading parodists who has recorded more than 150 parodies and original songs. He is a singer, songwriter, producer, and author.

With more than 12 million albums sold, as of 2007, Yankovic is also the most successful comedy recording artist of all time.

What do you think about Weird Al Yankovic’s net worth? Leave a comment below.