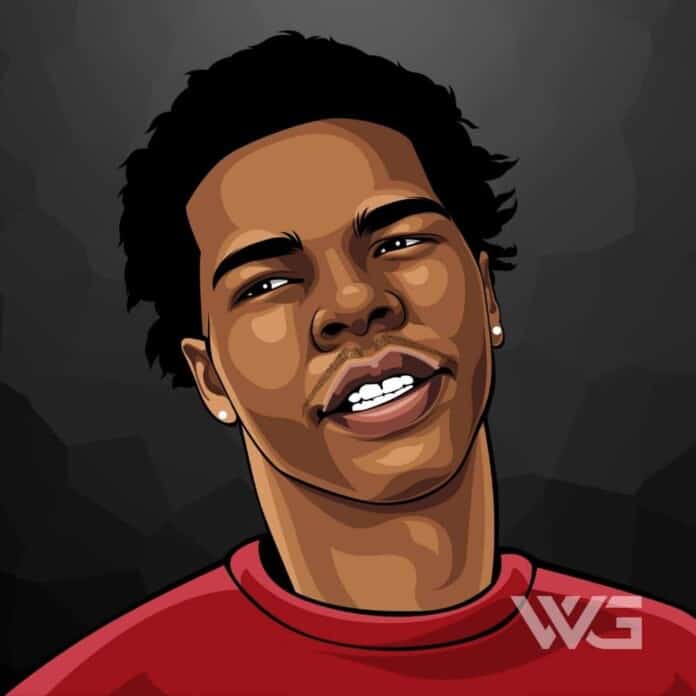 What is Lil Baby’s net worth?

Dominique Jones, known best as Lil Baby, is an American rapper, singer, and songwriter from Atlanta. Jones is best known for his tracks ‘My Dawg’, ‘Freestyle’, ‘Yes Indeed’, and ‘Drip Too Hard’.

Dominique Jonas was born on the 3rd of December, in Atlanta, Georgia. When Jones was 2 years old his father left his family. While he was not struggling academically, Jones would often get in trouble, resulting in him dropping out of high school in the 10th grade.

Jones began his rap career with 4PF (Four Pockets Full” and Quality Control Music. Before he began his rapping career he was charged with possession with intent to sell among other charges.

Lil Baby began his rapping career in 2017 when he dropped his debut mixtape ‘Perfect Timing’. The album was a collaborative effort by all of Lil Baby’s childhood friends, who worked together to ensure the success of the album.

He later claimed that he and his team took just two days to come up with the mixtape. The mixtape took Atlanta’s underground music scene by storm. The album was played in many pubs, bars, and cafes in and around Georgia.

Lil Baby was highly praised for his music, and most of his lyrics were inspired by the experience he had during his tough past and his time in prison. He had also written about his thoughts on leading the life of a petty criminal.

Lil became even more popular when he released his second mixtape, ‘Harder than Hard’. The lyrics explained the psychological pain that he suffered because of his past. Some of the songs, such as ‘My Dawg,’ ‘Ride or Die,’ and ‘My Drip’ went on to become chartbusters.

Lil Baby presently works for his ‘Quality Control’ label, which he co-owns, along with his childhood friends.

Here are some of the best highlights of Lil Baby’s career:

“We started off as close friends (close friends). Somehow you turned into my girlfriend (My girlfriend). We used to tell each other everything (Everything). I even went and bought her diamond rings, matching earrings. Everything was so cool (So cool).” – Lil Baby

“I know you remember how I would hold you. Still, remember how I approached you. I think I loved you ‘fore I knew you. Know we be fuckin’ ‘fore I screwed you. Made a promise I won’t use you. Play my cards right, I won’t lose you. Got ’em tuned in like I’m YouTube.” – Lil Baby

“Just wipe your eyes and stop this cryin’. I told the truth, that I’d been lyin’. Take me back, if I was you and I did what I did.” – Lil Baby

“Every day I’m getting shaped and molded. Keepin’ on, being a better artist, and improving on this, improving on that. The more I’m in it, the more I’m practicing and the more I’m advancing. So it’s like, my next tape gonna be harder than this one because I’m still new in music period. I’m nowhere near where I’m gonna be.” – Lil Baby

“I learned everything from the point of not knowing nothing — from scratch. I’m still learning a lot as far as music-making; like reverb, and delays, and echoes, and slide that to the left, and drag that, and cut this. I still ain’t got all that yet, no way. A lot of artists I know, they can record themselves, but I ain’t that advanced yet.” – Lil Baby

Now that you know all about Lil Baby’s net worth, and how he achieved success; let’s take a look at some of the most fearless lessons we can learn from him:

We are so quick to blame money for our problems, but that doesn’t make much sense. Money makes the world go round, money buys us yummy food and pretty clothes, and a trendy apartment in the city outskirts.

Money is the force that makes dreams come true because if you have a great idea and want to open your business, you can’t do much without some sort of financial investment.

2. Success is Usually a Struggle

The rap game is a competitive place and in fact, very difficult to succeed even with talent and hard work. It is important to realize that rappers that actually get signed on a label and are played on the radio are an incredible minority. So basically, they must have done something right to be where they are.

Bad bitches break hearts. All men are vulnerable, no matter how rich or beautiful or strong or self-infatuated. Lil Baby would say that 98% of rappers and famous people, in general, are pretty self – infatuated on the surface, and yet they’ve all gotten their hearts broken by that one special person.

Lil Baby – Net Worth Over the Years

How much is Lil Baby worth?

Lil Baby’s net worth is estimated to be $5 Million.

How old is Lil Baby?

How tall is Lil Baby?

One of the best rappers in the industry, Drake, is a huge fan of Lil Baby and it’s only a matter of time before everyone else is too. The prolific Atlanta star Lil Baby has only been rapping a year and has already made his name as one of the city’s best storytellers.

What do you think about Lil Baby’s net worth? Leave a comment below.