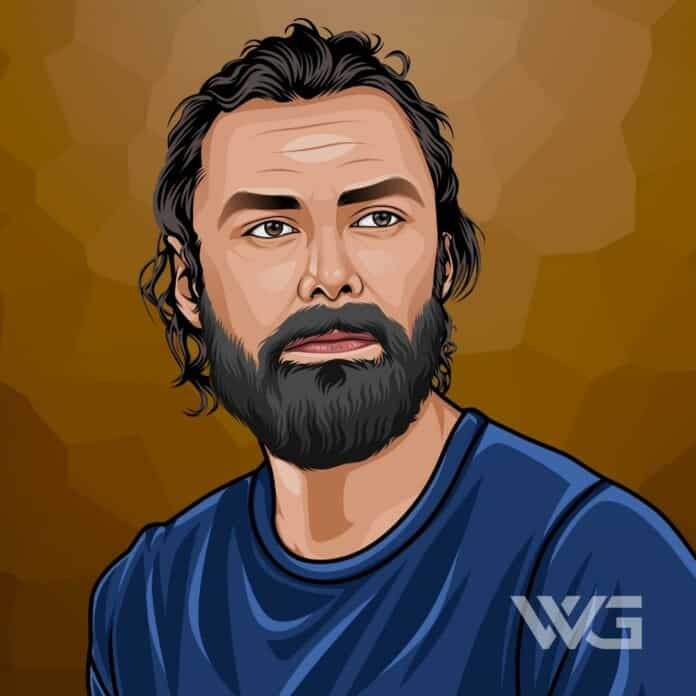 What is Aiden Turner’s net worth?

Aiden Turner is an Irish actor. Turner is best known for his roles of Ross Poldark in the BBC adaption of The Poldark Novels by Winston Graham, Dante Gabriel Rossetti in ‘Desperate Romantics.’

He has also been seen in ‘The Clinic’ and as John Mitchell in the drama series ‘Being Human’.

Turner has stated: “I probably wasn’t a great student. I had a car when I was 17, so I used to just run out of school when I could, jump in the car and go play pool in Tallaght. I don’t know how I knew, but I convinced myself that my [final exam] results were never going to matter to me.”

After Turner graduated, he appeared in many theatres plays such as ‘The Plough and the Stars,’ ‘Romeo and Juliet, and ‘A Cry from Heaven.’ His television career started in 2007 when he appeared in the first episode of ‘The Tudors.’ He then produced and starred in the movie ‘Porcelain’ which was directed by Gavin Cleland.

Between the years 2008 and 2009, he appeared in a recurring role of ‘The Clinic.’ He appeared in 18 episodes of the show. He followed this up by starring in ‘Desperate Romantics.’ He played the vampire John Mitchell on the drama ‘Being Human’ from 2009 to 2011.

He rose to fame with his role in ‘Being Human.’ He caught the attention of Peter Jackson who cast him as the dwarf in ‘The Hobbit’ trilogy. In 2014, he won the Empire Award for “Best male Newcomer.”

He performed the title role of Ross Poldark in 2015. The following year at the National Television Awards, he presented with the “Impact Award” for his performance in ‘Poldark.’

Here are some of the best highlights of Aiden Turner’s career:

“A good trick I learned early on is not to immediately look at playback because once you know the shot, you can see when the camera is on you. It’s best to stay ‘in it’ all the time, and just if it’s on you, it’s on you, and if it’s not, it’s not. It’s the easiest way.”  – Aidan Turner

“When you’re part of an ensemble and share the screen with so many people, you become close to them because you’re hanging out all the time. Obviously you have your ups and downs, but that kind of brings you closer in many ways.” – Aidan Turner

“I don’t speculate too much about the future. That’s the thing about this job – it’s so fickle. You take the jobs. You read the scripts and, if something interests you and you like the people who are working on it, you go for it.” – Aidan Turner

“Was really into films when I was younger, but I feel like a bit of a phony sometimes – I started acting because I didn’t know what else to do. I filled in all these university application forms and honestly didn’t want to do any of the courses.” – Aidan Turner

“I want to spend the night alone in a haunted mansion. Wouldn’t say I’m skeptical because that word implies the truth is out there when there is no truth out there.” – Aidan Turner

Now that you know all about Aiden Turner’s net worth and how he achieved success; let’s take a look at some of the best lessons we can learn from him:

1. Move To Something Bigger

To make a career as an Irish actor, generally, it’s the case that you move to London. When you make that move, you do tend to stand out.

When you’re part of an ensemble and share the screen with so many people, you become close to them because you’re hanging out all the time.

You take the jobs. You read the scripts and, if something interests you and you like the people who are working on it, you go for it.

How much is Aiden Turner worth?

Aiden Turner’s net worth is estimated to be $4.5 Million.

How old is Aiden Turner?

How tall is Aiden Turner?

Aiden Turner is an Irish actor who was born in Ireland. Turner is best known for playing Kili in ‘The Hobbit’ movies and in the series ‘Being Human.’

In 2004, he graduated from The Gaiety School of Acting. Throughout his successful career, he has starred in ‘Romeo and Juliet,’ ‘The Tudors,’ ‘Desperate Romantics’ and ‘The Clinic.’

What do you think about Aiden Turner’s net worth? Leave a comment below.