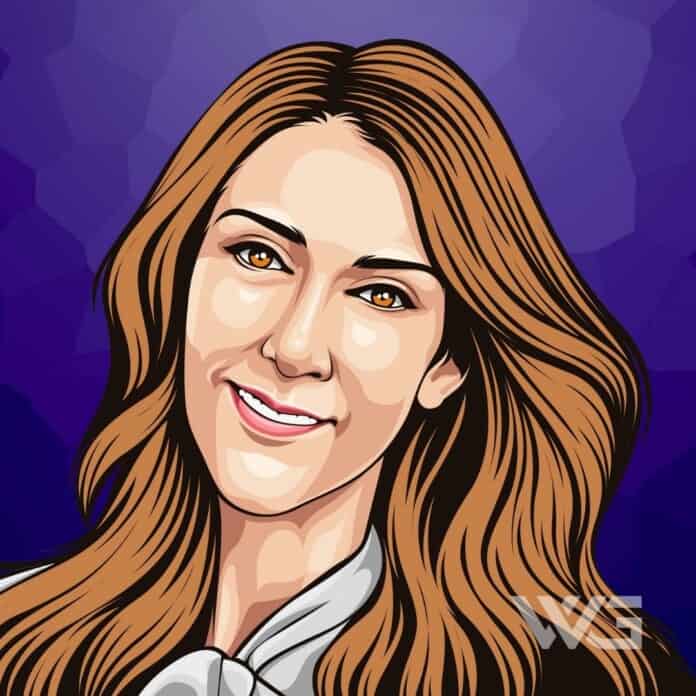 What is Celine Dion’s net worth?

As of February 2023, Céline Dion’s net worth is approximately $800 Million, and she is one of the richest singers in the world.

Céline Dion is a Canadian singer from Quebec, Canada.

Dion is considered to be one of the greatest singers of all time. She first gained international recognition by winning both the 1982 Yamaha World Popular Song Festival and the 1988 Eurovision Song Contest, where she represented Switzerland.

Céline Dion was born on the 20th of March, 1968, in Quebec, Canada. Dion is the youngest of 14 children. Her father Adhemar Dion was a butcher while her mother Therese Tanguay was a homemaker. Dion’s childhood, though spent in poverty, was generally happy one.

Her family had always been musically inclined and her parents even ran a small piano bar called Le Vieux Baril. Naturally talented in music from an early age, she made her first public appearance in 1973 at the age of five, singing at her brother’s wedding.

Dion began her career by competing in the 1982 Yamaha World Popular Song Festival in Tokyo, Japan, where she won the award for “Top Performer” as well as the gold medal for “Best Song”. Following this, her popularity began to spread to other parts of the world as well.

Over the next few years, she participated in competitions all over the world in countries in Europe, Australia, and Asia, cementing her popularity as a teen sensation. After having sung only in French all this while, she learned English and released her English-language debut album, ‘Unison’ in 1990 in North America.

In 1997, she brought out the album, ‘Let’s Talk About Love’ which included the romantic ballad, ‘My Heart Will Go On’, which also served as the love theme for the film ‘Titanic’, and went on to become Dion’s signature song.

She took a break from her musical career for a while to focus on her family. In 2002, she released the album, ‘A New Day Has Come’, after a gap of five years. The album received mostly positive reviews from critics.

Dion performed her biggest hits in the show which was a combination of music, dance, and visual effects, choreographed by Mia Michaels and directed by Dragone.

Here are some of the best highlights of Céline Dion’s career:

“Like everyone else in the world, I’ve been devastated by the loss and suffering of so many in South Asia….As a mother, I cannot imagine the pain that they are experiencing. We can all see that it’s going to take a long time for those people to rebuild their lives, and they will need our help for years to come.” – Celine Dion

“I can’t wait to do the normal things. Like just doing your own groceries. Looking for your own tomatoes. I just can’t wait to get up in the morning and look awful. I’m looking forward to getting bored.” – Celine Dion

“As a singer, I’ve had many opportunities to travel, and one thing I’ve learned is that through my music, I can be accepted by people all over the world. I often wonder why so many of us can’t accept people who are different here, in our country? It’s just not fair to be prejudiced against those whose race, religion or color aren’t the same as ours.” – Celine Dion

3 Lessons That We Can Learn from Céline Dion

Now that you know all about Celine Dion’s net worth, and how she achieved success; let’s take a look at some of the best lessons we can learn from her:

Dion was just a 12-year-old kid performing in her parents’ piano bar in Charlemagne, Que., the youngest in a Catholic family of 14, when she and her mother and brother wrote “Ce n’etait qu’un rêve,” which translates to “Nothing But a Dream.”

Her mother sent the tape to Québec music manager René Angélil and it moved him to tears. Angélil bet the farm on Dion (as in, he re-mortgaged his house to finance her career) and she was well on her way to fulfilling her dream of being a singer. She’s now the bestselling Canadian artist of all time.

As Céline’s career blossomed, thanks to an epic Eurovision win in 1988 and a successful English-language breakthrough with the glam-rock banger Where Does My Heart Beat Now, so too did romantic feelings for her manager, Angélil.

She dedicated her third English-language effort The Colour of My Love to him, which functioned as a stealth announcement of their relationship status.

Their love invited surprisingly little derision despite the 26-year age difference, and they’d go on to spend 21 years together before Angélil’s death to cancer in 2016. Love always wins.

3. Go On, Feel Your Feelings

Life, not unlike Dion’s power balladry, is a series of crescendos and diminuendos.

Dion is probably one of the world’s most passionate people — passionate about her family, her fans, the causes close to her heart (she’s been a big advocate for the Cystic Fibrosis Foundation and donated $1 million each to the Asian Tsunami and Hurricane Katrina relief efforts).

And she isn’t one to staunch the flow of tears, even if they come mid-performance.

How much is Céline Dion worth?

Céline Dion’s net worth is estimated to be $800 Million.

How old is Céline Dion?

How tall is Céline Dion?

Celine Dion is highly popular not just in her native Canada, but all over the world for her soulful and melodious voice, she is best known for singing ‘My Heart Will Go On’, the main theme song of the 1997 blockbuster film ‘Titanic’. The song peaked at No. 1 in several countries.

What do you think about Céline Dion’s net worth? Leave a comment below.