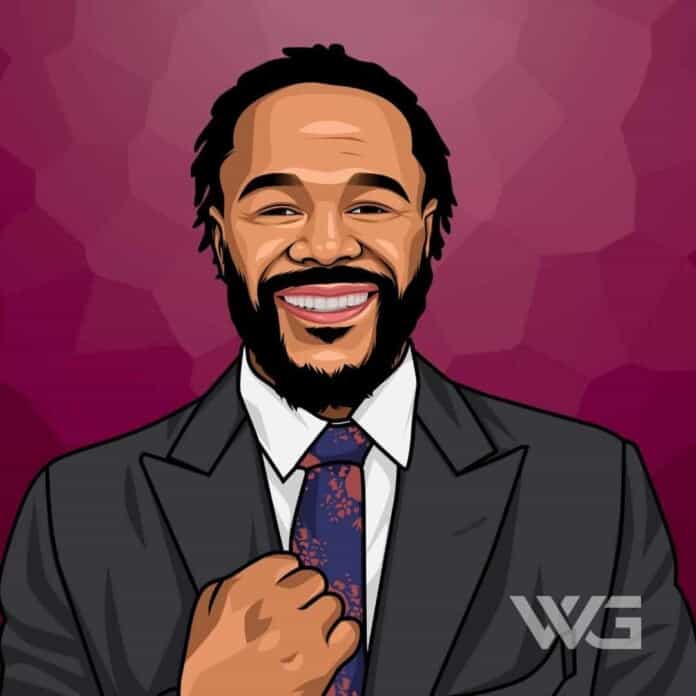 What is Rashad Evans’ net worth?

As of February 2023, Rashad Evans’ net worth is estimated to be roughly $8.5 Million

Rashad Anton Evans is an American professional mixed martial arts fighter from New York. He initially gained recognition when he started to wrestle in his high school in Sanborn, New York.

Evans is one of the richest MMA fighters in the world, and he is currently fighting as a light heavyweight in the UFC 225.

Evans was a troublemaker when he was a kid, and he liked to fight with his older brother. Evans grew up in a bad neighborhood where fighting was known as completely normal.

During his childhood, he played football, and his coach recommended him to start to wrestle instead if he wanted to become a good football player. He started to compete in his college, so he went to Michigan State, Wheatfield High School.

When Evans went to high school he became the All-State wrestler two times, and from there he joined the wrestling program of Community College.

He had a big interest in playing football, but he later decided to give it all to his wrestling career, so he joined the college wrestling team. The wrestling coach spotted his talent and made Evans train harder so that he could compete on an international level.

Evans’ professional career started in 2004. He joined the TV-show Ultimate Fighter that made him very popular. He was the shortest and the second lightest of the nine heavyweight competitors.

After the show Evans dropped down to light heavyweight, deciding that he could have a better chance if he went into a lower weight class.

In 2008 Evans faced the Champion Forrest Griffin at UFC 92. Griffin had the control over Evans in the first two rounds. In the third round, Evans followed Griffin to the ground and took control over him, that led to a victory for Evans.

He became the new UFC Light Heavyweight Champion, and the next year he won the award for Fighter of The Year honors from Sherdog.

He gained a lot of awards during his career as a wrestler like Gladiator Challenge, Fighter of The Year in Sherdog, Knockout Of The Night, and more.

Since then, Evans has banked a lot of cash. He is known for his mental strength and his physical techniques and is one of the best light-heavyweight fighters in UFC industry.

Here are some of the best highlights of Rashad Evans’ career:

“My mother is my hero just because, what life becomes about is overcoming adversity, and I watched her overcome so many things in life but still able to smile. See it’s one thing to overcome adversity and to be scared and to carry that with you but when you have somebody overcomes adversity and they’re still able to smile that’s something else. That’s true strength.” – Rashad Evans

“It’s about feeling alive at the moment because your adrenaline is going, your thinking about that present moment, you’re not somewhere else, you’re not thinking about what’s going to happen 10 minutes from now, and that’s the reason why I love fighting, it’s when I’m in there. I feel free, I feel like there’s no other place I want t to be. I can’t even think of anything beyond that second. That’s why I’m drawn to the fight because I love the presence of it, where it brings me mentally, it’s the purest thing for me.” – Rashad Evans

“My main job is to go and have fun. When I do that, everything just seems to fall into place.” -Rashad Evans

“A lot of people are lazy when it comes to making up their own mind about something, you know? If you’re labeled one way then they think that’s how you are. It takes too much time to really look into things.” – Rashad Evans

“I don’t fight to prove that I’m tough, I know I’m tough. I fight because it’s inside of me.” – Rashad Evans

Now that you know all about Rashad Evans’ net worth, and how he achieved success; let’s take a look at some of the success lessons we can learn from him:

You will never know yourself until the chips are down. True strength is not about that you are the strongest one, it’s when you are the weakest and fight against your pain.

People are lazy when it comes to making up their mind about something. If you’re labeled one way then they think that’s how you are. It takes too much time to really look into things.

Being a successful fighter is about having a perfect balance of skill, toughness as well as the mental capability to be able to out-think your opponent.

How much is Rashad Evans worth?

Rashad Evans’ net worth is estimated to be $8.5 Million.

How old is Rashad Evans?

How tall is Rashad Evans?

As of February 2023, Rashad Evans’ net worth is estimated to be roughly $8.5 Million.

What do you think about Rashad Evans’ net worth? Leave a comment below.

Rory McIlroy became a multi-millionaire playing golf and has earned a fortune on the fairways of Europe and the USA.