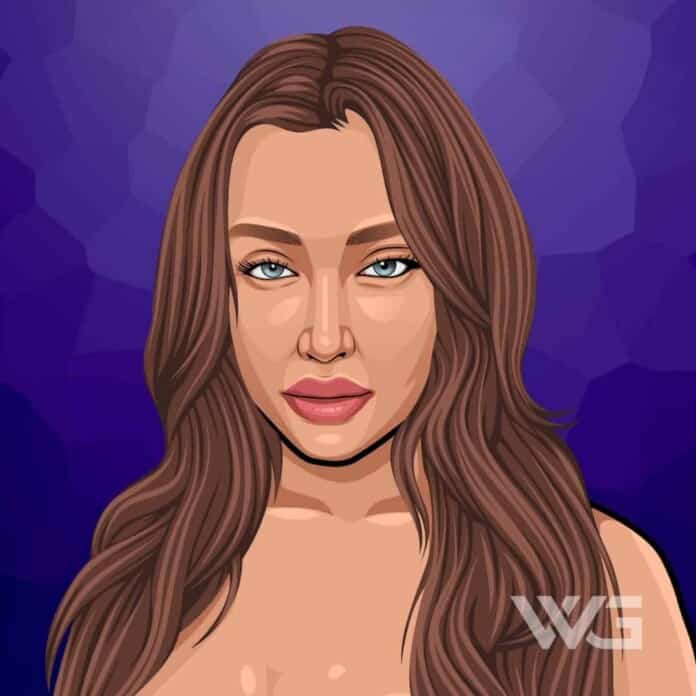 What is Stassie Karanikolaou’s net worth?

Stassie Karanikolaou is a social media star and model.

Karanikolaou is best known for being friends with Kylie Jenner. In 2021 she had more than 10 million followers on Instagram. She has an older sister that resides in Los Angeles, California. Karanikolaou is of Greek descent.

Anastasia Karanikolaou was born on the 9th of June, 1997, in California. Karanikolaou is of Greek descent, and she grew up with one older sister, Alexia Anastasia. She has a tattoo of a heart and Alexia’s birthday in Roman numerals on her arm.

Stassie and her father have a close relationship as he features on her social media pages a lot. Stassie calls Nicolette Karanikolaou her mother. However, Nicolette is not Stassie’s biological mother. Karanikolaou and her stepmother are also close.

Karanikolaou and Kylie Jenner did the best friends matching tattoos in 2019 at Travis Scott’s birthday party. Karanikolaou has dated social media personalities Zane Hijazi and Sam Wilkinson. She has also dated Tyler Cameron from ‘The Bachelorette.’

She has appeared in magazines including Teen Vogue and modeled for Good American and Pretty Little Thing. In 2019, Karanikolaou created her own swimwear line with TJ Swim.

Karanikolaoy’s close proximity to the Kardashian family has helped her to gain fame. She has over 10 million followers on Instagram.

In 2019, she teamed up with swimwear brand TJ Swim to create her own line. She was inspired by colorful suits that covered her Instagram feed. The collection of 12 ’90s-inspired bikinis pulls inspiration from the suits Karanikolaou wears every day.

How Does Stassie Karanikolaou Spend Her Money?

Stassie Karanikolaou spends her fortune on real estate and cars.

Karanikolaou owns a beautiful home in California. It comes with many luxury amenities, and in her backyard, she has lots of plants, trees, and a Koi pond.

Karanikolaou has made some expensive purchases when it comes to buying cars. She bought her dad a luxury Tesla for Christmas.

Here are some of the best highlights of Stassie Karanikolaou’s career:

“In 5 years, I’d like to see myself more prominent in the fashion and beauty world. I would love to do a lot more modeling and many more different campaigns. But most importantly, I would love to help change the world we live in. I think we need a serious change for the better, and I would love to be a part of a revolution that will accomplish that.” – Stassie Karnikolaou

“The highlights of my career so far would be being invited and able to sit at amazing shows during fashion week and obviously shooting with Good American. This campaign meant so much more to me because it really is a lot more than just denim. This whole campaign is about showing that no matter what shape or size you are.” – Stassie Karnikolaou

“My perfect denim outfit would be a great pair of jeans, out with a bodysuit and heels. When I look for denim I always look for a high-rise pair. The tricky part for me is to get my booty to be able to fit in them, lol but also have them fit my waist! I swear I never really wore jeans before I tried on my first pair of Good American. You would have always found me in leggings!” – Stassie Karnikolaou

Now that you know all about Stassie Karanikolaou’s net worth and how she achieved success; let’s take a look at some of the lessons we can learn from her:

Friends can help each other. A true friend is someone who lets you have total freedom to be yourself – and especially to feel. Or, not feel. Whatever you happen to be feeling at the moment is fine with them.

Don’t try to be somebody you’re not because it doesn’t work. If you try to be this perfect person or perfect persona of what you think that somebody should be when they’re involved in public office, it’s just not going to work. Just be yourself, stay true to your core values, and really stay abreast of the issues.

You can’t be afraid, to be honest, and to be yourself. Everyone has imperfections and falls short at some point. Showing your human side creates sensitivity, openness, and trust. That’s the beginning of the demise in a relationship – not being honest and not being you.

How much is Stassie Karanikolaou worth?

Stassie Karanikolaou’s net worth is estimated to be $4 Million.

How old is Stassie Karanikolaou?

Stassie Karanikolaou was born on June 9, 1997, and is currently 25 years old.

How tall is Stassie Karanikolaou?

She was born in California, and she is known for her popular Instagram. Stassie met Kylie at a bookstore, and they lived together once. Karanikolaou is also known for her YouTube channel.

What do you think about Stassie Karanikolaou’s net worth? Leave a comment below.