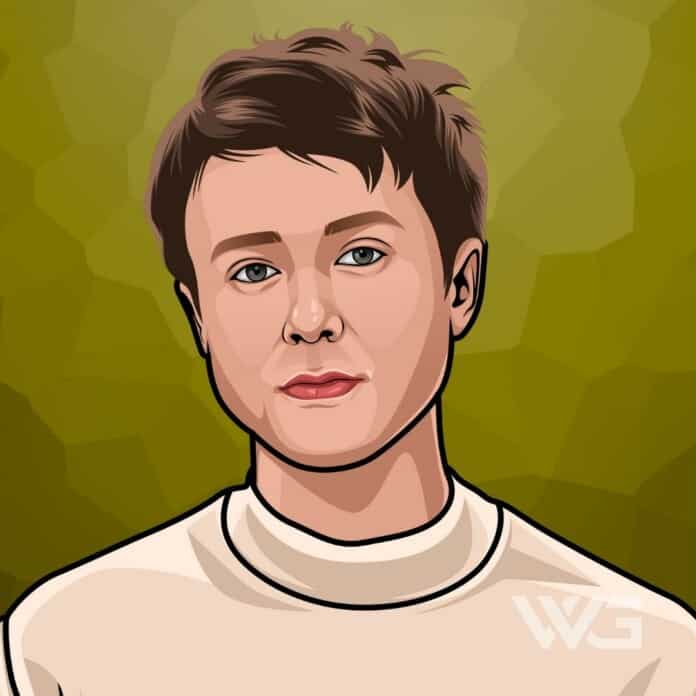 What is Alec Benjamin’s net worth?

Alec Benjamin is an American singer and songwriter.

Benjamin is best known for his songs ‘Paper Crown’, ‘I Built A Friends,’ ‘End of the Summer,’ ‘Let Me Down Slowly’ and ‘Water Fountain.’ He gained much attention from his demos. He found success in songwriting with artists such as Jon Bellion. He is influenced by artists such as Paul Simon and Eminem.

Alec Benjamin was born on the 28th of May, 1994, in Phoenix, Arizona. Benjamin is American by nationality. His family details haven’t been disclosed, but it’s confirmed that he doesn’t belong to a family with a musical background.

Benjamin has a sister, and she was a huge hand in making his musical career successful. While growing up, he listened to Eminem, Dr. Dre, and Paul Simon.

Benjamin signed to Columbia Records while he was still enrolled at USC. He went on a self-funded tour in Europe to open for Marina Kaye in France and Lea in Germany.

He promoted his music by performing in parking lots outside of concert venues. His mixtape ‘Narrated For You’ve reached number 127 on the US Billboard in 2019. The mixtape features songs ‘Water Fountain’ and ‘Let Me Down Slowly.’ In 2019, Benjamin recorded two singles with Spotify Studios in NYC.

His debut album ‘These Two Windows’ was released in 2020. The album reached number 75 on the US Billboard 200. The album features the single ‘Oh My God.’

To promote the album, Benjamin brought back ‘The Story Behind the Story”‘videos on YouTube, a series he started with the original versions of ‘I Built a Friend’ and ‘Water Fountain.’ The videos explain the background and the lyrics behind some of his biggest songs.

How Does Alec Benjamin Spend His Money?

Alec Benjamin lives at home with his parents.

Benjamin currently resides in his hometown of Phoenix, Arizona, with his parents.

Here are some of the best highlights of Alec Benjamin’s career:

“Everybody tells you, when you get to high school, people won’t make fun of you. Come on! High school is the same as middle school, and it sucks. Then you get to college – everyone’s like, ‘There’s no popular kids in college.’ But that’s not true.” Real life, he has discovered, is similar. “The lunch table just gets bigger, everywhere you go.” – Alec Benjamin

“I wasn’t patient. I had a lot of nights where I cried and was like, ‘This is not fun for me.’ I’m not a patient person, but I wanted it so bad that I just had to be persistent. But I wasn’t patient. I’m still not.” – Alec Benjamin

“You won’t catch him bragging with each success, though. “I never view myself at the top of something, but always at the bottom, looking up. I’m always like, ‘By this age, this person had this.’ I’m very grateful, but I’m always trying to work harder.” – Alec Benjamin

“The thing that I enjoy most about making music is writing lyrics, so that’s the thing that comes most naturally to me. The melody and the instrumental parts and rhythm all sort of comes after it.” – Alec Benjamin

“I guess so! I don’t really focus so much on those things. Sometimes social media really gets in my head. The real ‘pinch me’ moment is getting to play shows for people who know the words to my songs. That’s really awesome.” – Alec Benjamin

Now that you know all about Alec Benjamin’s net worth and how he achieved success; let’s take a look at some of the lessons we can learn from him:

Happiness is where we find it, but very rarely where we seek it. Don’t seek for happiness. Look forward to live every day and find happiness in the small things.

Certain things catch your eye, but pursue only those that capture the heart. The heart often tells us what we really want in life.

The secret of joy in work is contained in one word – excellence. To know how to do something well is to enjoy it.

How much is Alec Benjamin worth?

Alec Benjamin’s net worth is estimated to be $3 Million.

How old is Alec Benjamin?

How tall is Alec Benjamin?

Alec Benjamin is an American singer and songwriter. Benjamin is best known for his single ‘Let Me Down Slowly.’

He dropped his debut album ‘These Two Windows’ in 2010. The album reached the 75th spot in the US. He released the mixtape ‘America’ in 2013.

His mixtape ‘Narrated for You’ was released in 2018 and reached the 3rd spot on the US Heatseekers chart. His single ‘Let Me Down Slowly’ reached the 4th spot in Belgium and on the 6th spot in Denmark and Norway.

What do you think about Alec Benjamin’s net worth? Leave a comment below.