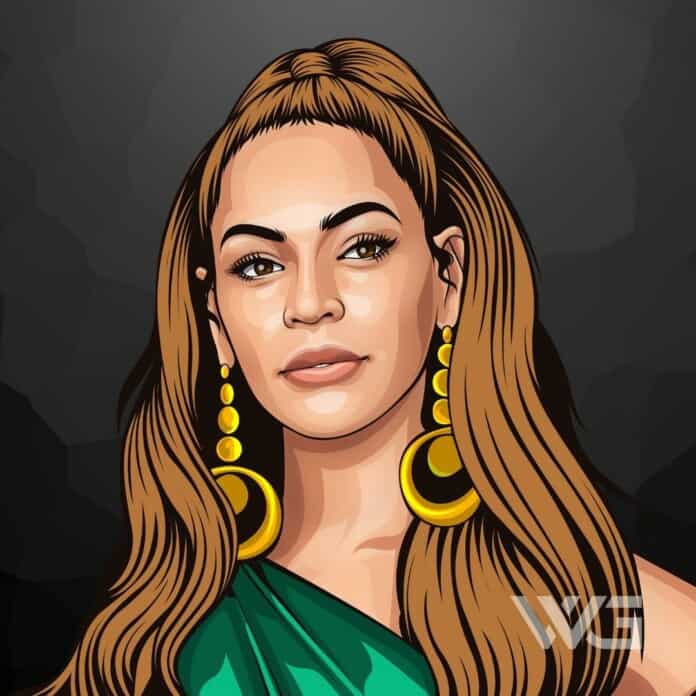 What is Beyonce’s net worth?

As of February 2023, Beyonce’s net worth is estimated to be roughly $500 Million, making her one of the richest singers in the world.

She initially gained recognition when she became the lead singer of the R&B girl group ‘Destiny’s Child‘ in the 1990’s. Today Beyonce is known as one of the best singers in the world.

Beyonce Giselle Knowles Carter was born in Houston, Texas on the 4th of September in 1981.

She is the daughter to Celestine and Mathew Knowles. Beyonce’s younger sister Solange was also a singer and former back up dancer for Destiny’s Child.

Beyonce attended the High School for the Performing and Visual Arts and she later attended Alief Elsik High School where she also was a member of the choir at St. John’s United Methodist Church. Beyonce’s career started in 1996 when she joined the group Destiny’s Child.

Beyonce’s early career started in 1996 when she joined the group Destiny’s Child, they released their first debut album in 1997.

The album had the track ‘No, No, No’ which later became their first huge hit worldwide. Their second album was released in 1999 and sold more than 8 million copies worldwide.

Destiny’s child third album was an even bigger success, the album debuted at number one on the Billboard 200 and also earned many Grammy Award nominations.

Beyonce later decided to continue her career on her own as a solo artist and later released her solo album ‘Dangerously in Love’ in 2003.

Beyonce released her second solo album ‘B’Day’ in 2006 where the music style of the album was borrowed from a range of styles like R&B, hip-hop, and funk that was popular during the 1970s-80s. The album was reviewed very well.

She featured in several combinations of mid-tempo, slow, pop, and R&B ballads and more upbeat electro-pop in her next album ‘I Am… Sasha Fierce’ in 2008. The album went viral and sold over eight million copies in the world.

In 2011 she brought up her album ‘4’ and she also served as the executive co-writer and producer. Beyonce attempted to bring R&B back to contemporary music.

What is Beyonce’s net worth?

Here are some of the best highlights of Beyonce’s career:

“When you love and accept yourself when you know who really cares about you, and when you learn from your mistakes, then you stop caring about what people who don’t know you think.” – Beyonce

“I don’t feel like I have to please anyone. I’m grown. Can do what I want. Can say what I want. I can retire if I want. That’s why I’ve worked hard. Women have to take the time to focus on our mental health — take time for self, for the spiritual, without feeling guilty or selfish.” – Beyonce

“I wanted to sell a million records, and I sold a million records. Wanted to go platinum; I went platinum. I’ve been working nonstop since I was 15. I don’t even know how to chill out. I don’t really like to call myself a brand, and I don’t like to think of myself as a brand. I’m a singer, a songwriter, a musician and a performer. And an actress, and all the other things that I do. When you add it all together, some might call it a brand, but that’s not my focus.” – Beyonce

View our larger collection of the best Beyonce quotes!

Now you know all about Beyonce’s net worth, and how she achieved success; let’s look at some of the lessons we can learn from her:

Life is short and precious. Now we must pose the question: What do we all do in our free time? Don’t waste time on what’s not important. Don’t get sucked into problems and drama. There’s always someone who takes a dislike at you, you can’t’ waste time worrying about it.

Treat your body like a temple. Lighten up yourself, no one is perfect. Your body is your home, treat it with love and respect.

3. Keep yourself a mystery

Not everything you do have to be shared with the world. There will always be a different with oversharing and having an opinion, one is far more annoying than the other. Don’t let anyone in, and expose too much.

How much is Beyonce worth?

Beyonce’s net worth is estimated to be $500 Million.

How old is Beyonce?

How tall is Beyonce?

Beyonce is the queen of music they say. Throughout her career, she has worked among the best singers in the world, and there’s no wonder that her net worth is that incredible.

Her husband Jay Z is also on the list for being one of the richest rappers in the world.

As of February 2023, Beyonce’s net worth is $500 Million, which makes her America’s Richest Self-Made Women according to Forbes.

What do you think about Beyonce’s net worth? Leave a comment below.