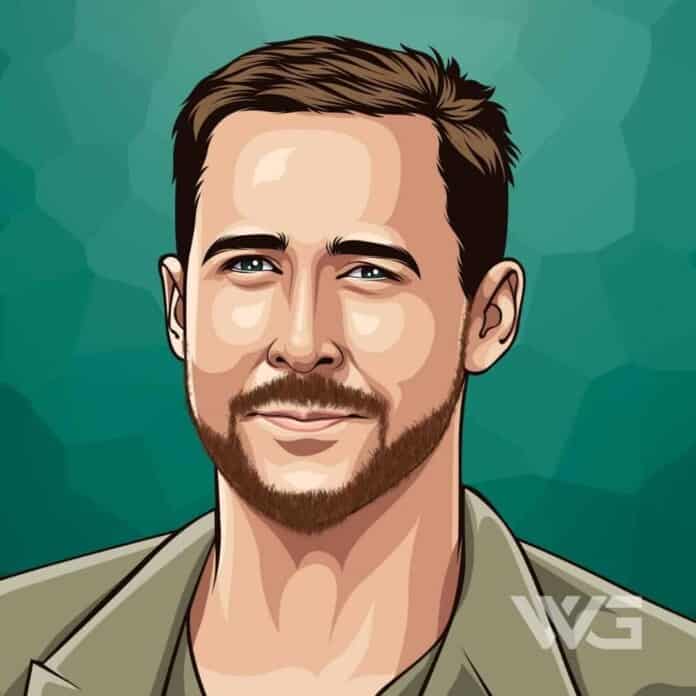 What is Ryan Gosling’s net worth?

As of November 2022, Ryan Gosling’s net worth is estimated to be roughly $70 Million.

Ryan Thomas Gosling is a Canadian actor and musician from Ontario. Gosling began his career as a child star on the Disney Channel’s The Mickey Mouse Club.

His first starring film role was as a Jewish neo-Nazi in The Believer (2001), and he went on to star in several independent films, including Murder by Numbers (2002), The Slaughter Rule (2002), and The United States of Leland (2003).

Ryan Thomas Gosling was born on the 12th of November, 1980, in Ontario, Canada.

He is the son to Thomas Ray and Donna Gosling. His parents divorced when he was a child and he lived with his mother and sister.

Gosling attended Cornwall Collegiate and Vocational School. He was diagnosed with ADHD and this his mother quit her job and homeschooled him. When he was 12, he auditioned for a part in ‘The Mickey Mouse Club’ and signed a contract for two years.

Gosling began his career as a child actor where he appeared in the teenage comedy series ‘Breaker High’. In 2000, he played a supporting role in the football drama, ‘Remember the Titans’.

He found his breakthrough role in 2004 when he was cast as Noah in the romantic drama film, ‘The Notebook’, opposite Rachel McAdams. The film follows the story of a couple who fall in love during the early 1940s. The movie was a big commercial hit and helped establish Gosling as an actor.

A few years later, Gosling starred in the drama film ‘Half Nelson’ which revolved around the story school teacher who forms a relationship with one of his students.

Gosling was nominated for an Academy Award for his role in this critically acclaimed film.

His role as Lars in the 2007 comedy-drama ‘Lars and the Real Girl’ was critically appreciated. He played a quirky man who develops a romantic attachment with a life-size doll much to the amusement of the other people around him.

In 2011, Gosling married the actress Eva Mendes. The couple are still together and have two children.

Gosling played the role of Sergeant Jerry Wooters in the action crime ‘Gangster Squad’ in 2013 which was loosely based on the story of Los Angeles Police Department officers and detectives.

In 2014, he dabbled into the field of direction and his debut venture ‘Lost River’ competed in the Un Certain Regard section at the 2014 Cannes Film Festival. The film received poor reviews.

Gosling has worked with stars such as Steve Carrell, Emma Stone, Bradley Cooper, and Russell Crowe.

Here are some of the best highlights of Ryan Gosling’s career:

“I loved growing up in Canada. It’s a great place to grow up, because – well, at least where I grew up – it’s very multicultural. There’s also good health care and a good education system.” – Ryan Gosling

“I’m glad I have an outlet. I don’t think I would put my aggression elsewhere, but working on the projects I have worked on, you tend to benefit personally from trying to wrap your head around the way other people look at the world.” – Ryan Gosling

“You can’t make a movie for everybody. You can’t go into it trying to alienate people, but you have to assume that you’re going to.” – Ryan Gosling

“You have to question a cinematic culture that preaches artistic expression, and yet would support a decision that is clearly a product of a patriarchy-dominant society, which tries to control how women are depicted on screen.” – Ryan Gosling

“I don’t know what art is exactly, but I’m pretty sure it’s not something you get paid to do. For myself acting is a job. I think it’s easier to get better at it if you don’t lose your identity in it. You do whatever you can to try to understand the character. Because they’re paying you to feel like you should be doing something.” – Ryan Gosling

Let’s take a look at some of the lessons we can learn from him:

You are you. At the end of the day, you are not with all your friends, family, neighbors and co-workers.

Yes, yes, yes! Be thankful for all the good things in your life and even be thankful for struggles. It is the steep mountains we climb that make us stronger.

It is hard to feel gratitude for the stress and unhappiness in our life, but when we are able to see those hard times as growing moments, we will actually find success far more quickly.

There’s nothing positive about being selfish. The more you give, the better place the world and you will be.

How much is Ryan Gosling worth?

Ryan Gosling’s net worth is estimated to be $70 Million.

How old is Ryan Gosling?

How tall is Ryan Gosling?

Ryan Gosling is a Canadian actor and director best known for playing the leading role in the film ‘The Notebook’.

He has appeared in several highly successful Hollywood films like ‘Half Nelson’ and ‘Lars and the Real Girl’ for which he received numerous award nominations.

The talented actor had always loved acting and was especially influenced by the film ‘Dick Tracy’ which he first watched as a child.

What do you think about Ryan Gosling’s net worth? Leave a comment below.