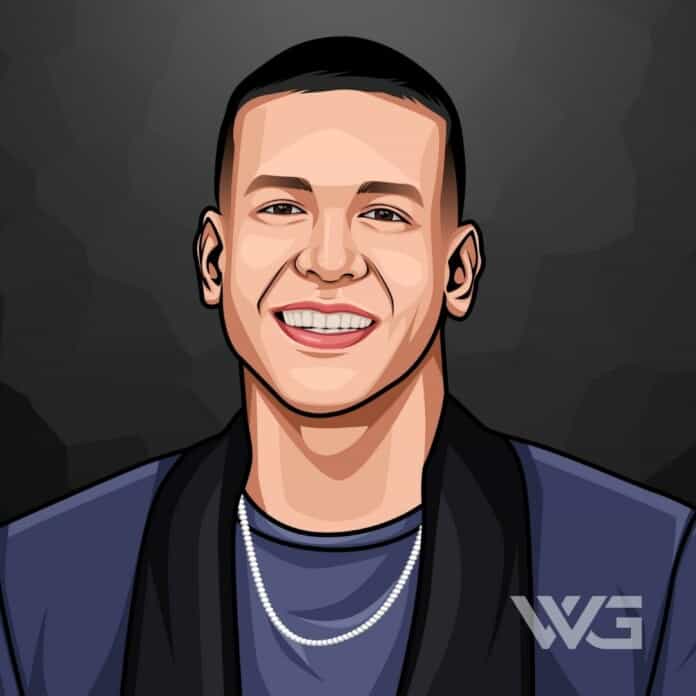 What is Daddy Yankee’s net worth?

Daddy Yankee, also known as Ramón Luis Ayala Rodríguez is one of the most famous reggaetón artists of our time and has led the influx of this style of music in pop culture.

He is currently the co-owner of his record label ‘El Cartel Records’ which was the beginning of his incredibly successful musical career.

He is very hardworking and has put out a lot of record-breaking and award-winning music since his debut.

Daddy Yankee was born February 3, 1977, in San Juan, Puerto Rico to a salsa percussionist father and a manicurist mother that came from a family of other musicians. At a very young age, he realized he loved music after watching his father perform in front of him often.

At the age of 13, he began singing and rapping and soon became interested in reggaetón and looked up to musicians like DJ Nelson, DJ Drako, and DJ Playero.

Although reggaetón was not as popular then, some artists from San Juan would create their music by using a mix of freestyle rap, hip-hop, and dancehall.

As a young teenager he always dreamed of being a professional baseball player, but before he could, everything came crashing down when he was hit by a stray bullet from a barrio gun battle.

During his recovery from the gunshot, Daddy Yankee had more time to focus on his career.

Around this time DJ Playero had given him the opportunity to be featured on his newest mixtape released in 1992 ‘Playero 37’ and in 1995 Playero also helped him release his first solo mixtape ‘No Mercy.’

However, soon Puerto Rican politicians wanted to suppress Daddy Yankee’s mixtape. As it contained many lyrics about rebelling against the government. Although the mixtape was still accepted well by the other locals because it was something that they could relate to.

In 1997 he released his very first album ‘El Cartel’ which was followed by ‘El Cartel II’ in 2001. Although both of these albums did reasonably well in Puerto Rico, they had little to no impact on Latin America as a whole.

In 2002 he gained more attention from his album ‘El Cangri.com’; which talked more about corruption, terrorism, and religion. Which started to give him recognition in the US. His single ‘Latigazo’ was being played on Spanish radio stations and soon hit number 43 on the Billboard’s Top Latin Albums chart.

Two years later, he released another album titled ‘Barrio Fino,’ and it contained one of his biggest hits ever, ‘Gasolina’ which was ranked as one of the ‘50 Greatest Latin Songs of All Time.’

In 2005 he was signed by Interscope Records, and he later released his album ‘El Cartel: The Big Boss’ which included the talents of musicians like Will.I.Am, Scott Storch, and many more.

Yankee released another album ‘Mundial’ in 2010 and ‘Prestige came about a year later. In 2013 he released an additional album ‘King Daddy’ that came along with his ‘King Daddy Tour’ which encompassed numerous European and American cities.

In 2017 Daddy Yankee released one of his most memorable singles ‘Despacito’ which also featured the talents of Luis Fonsi. The song quickly reached the top of the ‘Billboard Hot 100’ and was positively received internationally.

Here are some of the best highlights of Daddy Yankee’s career:

“I feel so much pride to represent my community and be Latino. No doubt about it, above my career and sales being a Latino comes first.” – Daddy Yankee

“Getting your education is an advantage you have.” – Daddy Yankee

“The best way to help the Latino community is to give back. I love giving back; I’m quiet about God and what I do, but we do a lot in the Dominican Republic.” – Daddy Yankee

3 Rules for Success from Daddy Yankee

Now you know all about Daddy Yankee’s net worth, and how he achieved success; let’s take a look at some of the success lessons we can learn from him:

You should never shy away from who you are or where you come from. Your heritage and your beliefs are a part of who you are and being true to yourself is crucial.

Kindness in any way, shape, or form can have a serious impact on people; and it shows that you are sympathetic, thoughtful, and human. Showing an act of kindness can go a long way and will many times benefit you in the long run by being repaid back to you when you need it most.

Opportunities come and go and you never truly know where one might take you. Whether it’s good or bad, seizing an opportunity and often learning from it will benefit you and help you grow into who you want to be.

So next time you get one, don’t pass it up, because you just might end up regretting it once it’s gone.

How much is Daddy Yankee worth?

Daddy Yankee’s net worth is estimated to be $40 Million.

How old is Daddy Yankee?

How tall is Daddy Yankee?

Daddy Yankee is known for being one of the pioneers of the music style reggaetón. He worked hard to share his talent with the world and is now recognized worldwide for his accomplishments.

As of February 2023, Daddy Yankee’s net worth is currently about $40 Million.

What do you think about Daddy Yankee’s net worth? Leave a comment below.