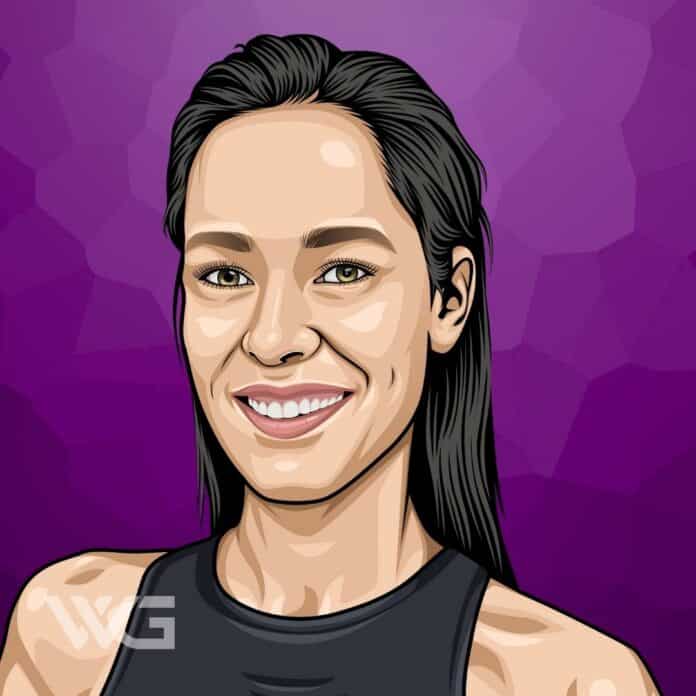 What is Ana Ivanovic’s net worth?

Ana is best known for her performance at the French Open in 2008, where she was ranked number one in the world.

She is a record-breaking Grand Slam winner who has wowed the world with her determination and dedication.

Despite growing up in war-torn Serbia, she became incredibly successful, moving to Switzerland to ensure she got the best coaching.

She discovered her love for tennis at age five when she picked up a tennis racket for the first time.

Her inspiration at the time was Monica Seles, who was also from Yugoslavia. Both of her parents worked full-time, with her mother being a lawyer and her father a businessman, but they always did their best to attend Ana’s events. She has a younger brother named Ivanovic, with whom she plays basketball.

Ana started playing in tennis events at a young age but at the age of 13, her training times had to move to the mornings due to NATO bombings in her hometown. Because of the bombings, she trained in an abandoned swimming pool because there were not many tennis facilities available.

Ana ended up moving to Basel, Switzerland to search for a coach and better training facilities. Her mother moved with Ana to Switzerland, and they hired Dan Holzmann as Ana’s manager.

Ana started her career with an impressive tournament win on the ITF Women’s Circuit defeating the world’s number 29, Tatian Golovin.

Her biggest match was at the US Open where she claimed a victory against Lioudmila Skavronskaia. In 2005, she won her first career singles title at the Canberra International.

2006 was her breakthrough year as she defeated Martina Hingis and Jelena Jankovic. Her success led to her ranking number fourteen in singles and fifty-one in doubles. In 2007, she improved her standings on the WTA list, ranking number eight in the world.

Unfortunately, Ana sustained a knee injury which forced her withdrawal from the Serbian Fed Cup. By the end of 2007, she had moved from ranking number eight to ranking number four in the world.

The year that followed saw Ana move up the rankings to ultimately become number one in the world in 2008. Unfortunately, the 2009 season was the low point of her career where she ended up ranking outside of the top twenty for the first time in many years.

In 2011, she won her eleventh WTA title and successfully defended it throughout the season. The following year was a tough one, but she still managed to rank number thirteen in the world.

2014 was Ana’s comeback year with the crowd getting behind her after beating Serena Williams, the former number one ranked in the world.

She struggled with a toe injury in 2015 and finished the year with a rank of sixteen, retiring from professional tennis in 2016.

The French Open held a ceremony in honor of Ana and the incredible legacy she left, in 2017.

Ana had at one time or another beaten Martina Hingis, Agnieszka Radwańska, Maria Sharapova, Serena Williams, and Venus Williams, the best women’s tennis players in the world.

Ana earned millions over the course of her career, becoming one of the richest tennis players in the world, but not just in prize money from her wins.

She was and still is, highly sought-after by various international brands, including Rolex and Adidas, who pay her handsomely for her endorsements.

When she became number one in the world, Ana became a highly prized athlete who could earn enormous fees for being associated with various brands.

After becoming extremely wealthy due to her performances on the court, Ana retired and focused on her brand and charity work.

She has continued to play a large part in tennis and is still an ambassador for sporting brands worldwide.

Here’s a breakdown of Ana Ivanovic’s annual net worth:

Adidas, Yonex, and the WTA all feature prominently on Ana’s official website, where you can learn more about what she is focussing on now that she is retired.

The couple had two sons named Luka Schweinsteiger and Leon Schweinsteiger. In her spare time, Ana has put in the time to study finance in Belgrade as well as learn Spanish.

You can check out Ana’s official Instagram account for a look into her luxurious lifestyle and get a peak at her stunning new business.

As the number one tennis player in the world, Ana was popular across the globe. She is an inspiration to young girls who dream of one day appearing at Wimbledon or Roland Garros.

Here are some of the more memorable moments from Ana Ivanovic’s career:

Because of her abilities on the court, Ana was a popular choice to represent what women could achieve in tennis.

But her appeal went further than just tennis and she used this fame to achieve her other goal of assisting children in extreme poverty.

How Does Ana Ivanovic Spend Her Money?

Ana has many endorsement contracts,  such as Jat Airlines, Yonex, Adidas, Sony Ericsson, Samsung TV, and many more.

While this is part of her business and personal brand, she uses the platform it gives her to help children worldwide out of poverty.

Ana is also not only an Ambassador for UNICEF but also puts time and money into organizations such as the Quercus Foundation.

Ana also has more time to drive now that she’s no longer being whisked all over the world playing in tournaments. She’s driven some of the most expensive cars in the world but still loves the little Peugeot 207 she owned when she was 20.

From a young age, it was apparent that Ana would become a star tennis player. However, she suffered from self-doubt and this would rear its head after she became world number 1.

Rising above this took courage, but with a will and the determination to master her demons, she was able to get back to top form with the help of a new coach.

Here are some of the best highlights of Ana Ivanovic’s career:

Ana’s tennis career has been an example of what grit and determination can do, even when you are a talented player.

She overcame the challenges that were holding her back and dramatically triumphed on the world stage.

At the highest levels of sport, mental ability and willingness to push through are what differentiates the winners from losers.

Ana’s willingness to do whatever it took to come out on top is a testament to her spirit and tenacity.

Here are our favorite quotes from Ana Ivanovic:

While Ana dreamed of being a top tennis player, she knew that she would have to put in a lot of hard work to achieve her ambition.

Now that you know all about Ana Ivanovic’s net worth, here are some of the best success lessons to learn from Ana Ivanovic:

1. Sometimes All You Need Is A Push

Having the self-control to get yourself out of bed and accomplish your dreams is important as it is the first step to achieving them.

Ana suffered from many injuries, but she has always taken time to recover to not make a bad situation worse.

3. Fight For What You Want

Not being from the country made it difficult for Ana to create success at the beginning of her career due to visa issues but she was always determined and fought for her goals.

Ana is not only rich and famous, but she’s the most talented female tennis player in the world and has become an inspiration to girls everywhere.

She had many tough moments in her life and, due to the war in her country, faced many challenges at the beginning of her tennis training. But, this didn’t stop her from becoming the best she could be.

Being the first Serbian to win a Grand Slam title and rank number one in the world was incredibly hard, but Ana achieved her dream and became incredibly wealthy doing it.

What do you think about Ana Ivanovic’s net worth? Leave a comment below.

Joe Sakic made millions as a professional ice hockey player and became incredibly wealthy from his unbelievable skill on the ice.