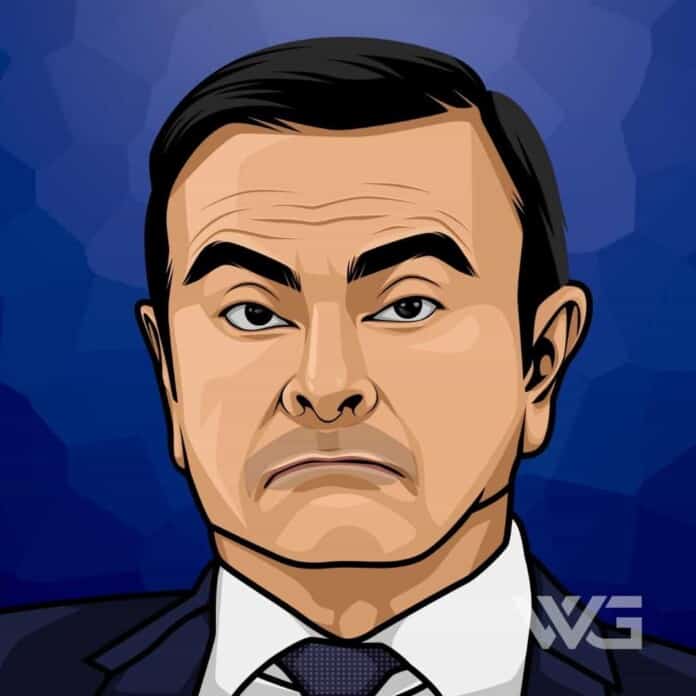 What is Carlos Ghosn’s net worth?

Carlos Ghosn is a Brazilian-born French businessman from Brazil.

Ghosn is best known for being the CEO of Michelin North America, Renault, AvtoVAZ, Nissan, and Mitsubishi Motors.

As of December 2022, Carlos Ghosn’s net worth is approximately $120 Million.

Carlos Ghosn was born on the 9th of March, 1954, in Porto Velho, Brazil. He did his secondary studies in Beirut, Lebanon at Collège Notre-Dame de Jamhour.

Ghosn graduated in 1978 from École Polytechnique in engineering and his post-graduate studies from the École des Mines de Paris. After his graduation, he got a job at the biggest automotive supplier, Michelin & Cie in France.

When Ghosn was 30 years old he was made the chief operating officer of Michelin’s South American operation worth $300 million. He had to go to Rio de Janeiro where he was reporting to Francois Michelin directly.

With Ghosn’s ingenious business tactics and smart decisions, the division became profitable in less than two years. In 1990 he was appointed the CEO and chairman of Michelin North America.

In 1999 Ghosn bought a 36.8% stake in Nissan and soon joined the company as CEO becoming the president in 2000. He kept his positions in Renault. At his joining time, Nissan was under a debt of $20 billion and very few of its models were lucrative.

Once again Ghosn worked his magic and even received some criticism from the Wall Street Journal that disapproved of his radical methods. But contrary to these accusations, Nissan’s profits elevated from their loss of more than $6 billion to a profit of $2.7 billion.

According to Forbes magazine, Ghosn is the ‘the hardest-working man in the brutally competitive global car business’. He is ‘Seven-Eleven’, a term coined by the Japanese media.

Here are some of the best highlights of Carlos Ghosn’s career:

“We don’t know where the markets are going….we have to observe what’s going down, see the trends, look at every vibration on the market, prepare the technology and jump when consumers start to think one way or the other” – Carlos Ghosn

“I think that the best training a top manager can be engaged in is management by example. I want to make sure there is no discrepancy between what we say and what we do. If you preach accountability and then promote somebody with bad results, it doesn’t work. I personally believe the best training is management by example. Don’t believe what I say. Believe what I do.” – Carlos Ghosn

“I would say a good leader brings results. A great leader writes a new story, it’s different. Obviously a new story has to incorporate a lot of results. But a story is a chapter in the life of a company that people want to write and want to remember.” – Carlos Ghosn

Now that you know all about Carlos Ghosn’s net worth, and how he achieved success; let’s take a look at some of the best leadership lessons we can learn from him:

Being in a multicultural environment in childhood is going to give you intuition, reflexes, and instincts.

You may acquire basic responsiveness later on, but it’s never going to be as spontaneous as when you have been bathing in this environment during childhood.

The role of leadership is to transform the complex situation into small pieces and prioritize them.

When you’re CEO, you have to have two conditions: first, shareholders need to trust you and want you to head your company.

How much is Carlos Ghosn worth?

Carlos Ghosn’s net worth is estimated to be $120 Million.

How old is Carlos Ghosn?

How tall is Carlos Ghosn?

Carlos Ghosn is a French-Lebanese-Brazilian businessman who is known as the “Le cost killer” and “Mr. Fix It”.

Thanks to the turnaround success he pulled off at Nissan, Carlos gained celebrity status in the business world and in 2003 was ranked as one of the 50 most famous men in global business and politics.

What do you think about Carlos Ghosn’s net worth? Leave a comment below.