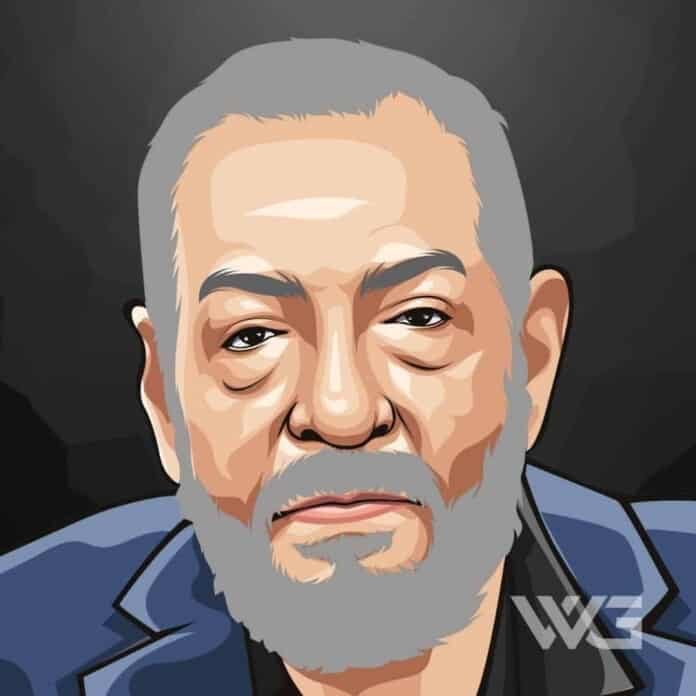 What is Dick Wolf’s net worth?

Dick Wolf is an American television producer, best known as the creator and executive producer of the ‘Law & Order’ franchise.

Wolf is also the creator and executive producer of the ‘Chicago franchise’, which, since 2012, has included four Chicago-based police, courtroom, fire, and medical dramas.

Richard Anthony Wolf was born on the 20th of December, 1946, in New York City. Wolf is the son of Marie G, a homemaker, and George Wolf, an advertising executive. His father was Jewish and his mother was Roman Catholic of Irish descent.

He was an altar boy and attended Saint David’s School, The Gunnery, and the University of Pennsylvania (class of 1969).

Wolf worked as an advertising copywriter at Benton & Bowles creating commercials for Crest toothpaste, including the slogan “You can’t beat Crest for fighting cavities.” He is also credited with the campaign “I’m Cheryl, fly me” for National Airlines.

He moved to Los Angeles after a few years and had three screenplays produced; one of these films, Masquerade (1988) starring Rob Lowe and Meg Tilly, was well received.

He started his television career as a staff writer on Hill Street Blues and was nominated for his first Emmy for an episode entitled “What Are Friends For?”.

Wolf’s Law & Order, which ran from 1990 to 2010, tied Gunsmoke for the then-longest-running dramatic show in television history, making it one of television’s most successful franchises.

Here are some of the best highlights of Dick Wolf’s career:

“TV is not about ideas. It’s about execution. And writing and casting. That’s why most of TV drama’s biggest stars have been character actors, not romantic leads. Peter Falk. Telly Savalas. Angela Lansbury. They can inhabit a role for years, and that’s the TV challenge. I like to say a successful movie lasts 110 minutes. A successful TV series lasts 110 hours.” – Dick Wolf

“Advertising is the art of the tiny. You have to tell a complete story and deliver a complete message in a very encapsulated form. It disciplines you to cut away extraneous information.” – Dick Wolf

“Drama or comedy programming is still the surest way for advertisers to reach a mass audience. Once that changes, all bets are off.” – Dick Wolf

“Everybody knows things are not the same. The people running the TV end of a major vertically integrated company know how much money a successful show can make.” – Dick Wolf

“I don’t think you can really make television based on what you think audiences want. You can only make stories that you like because you have to watch it so many times.” – Dick Wolf

Now that you know all about Dick Wolf’s net worth, and how he achieved success; let’s take a look at some of the lessons we can learn from him:

1. Find Something In Life That Push You

You can only “push yourself” for so long before your body, mind, and spirit toss their hands in the air and say, “F-this, I’m out.”

There’s something about being outside in nature–without any specific intentions other than enjoying a nice walk and observing nature’s boundless beauty–that re-energizes me and gets the good vibes flowing. It’s awesome. You should try it.

How much is Dick Wolf worth?

Dick Wolf’s net worth is estimated to be $600 Million.

How old is Dick Wolf?

How tall is Dick Wolf?

Dick Wolf is probably most famous today for having created the “Law & Order” television franchise. He also held a position as a staff writer on the television series ‘Hill Street Blues’, where he received his first Emmy nomination.

What do you think about Dick Wolf’s net worth? Leave a comment below.