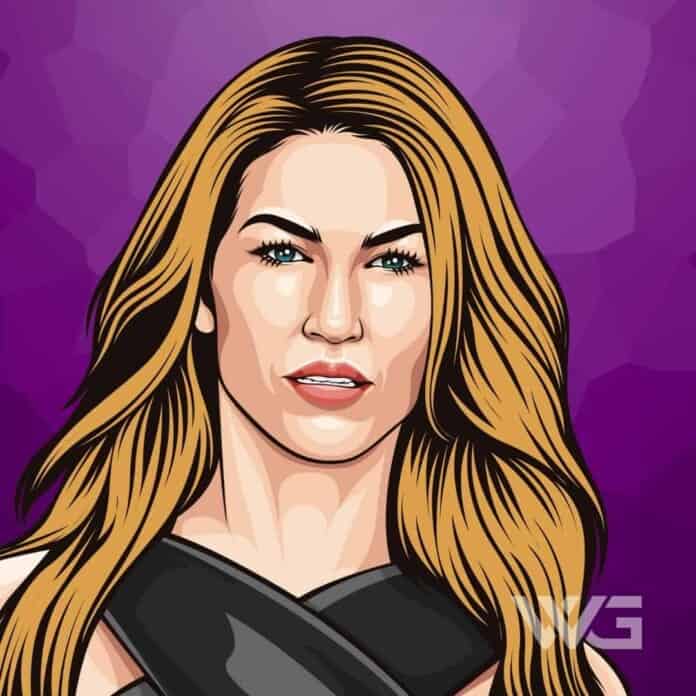 What is Gisele Bündchen’s net worth?

As of February 2023, Gisele Bündchen’s net worth is estimated to be roughly $400 Million.

Gisele Bündchen is a Brazilian model and actress from Horizontina, Brazil.

Bündchen has been among the highest-paid models in the world, and as of 2007 was the 16th richest woman in the entertainment industry. In 2012, she placed first on the Forbes top-earning models list.

Gisele Bündchen was born on the 20th of July, 1980, in Três de Maio, Rio Grande do Sul, Southern Brazil. She is the fifth child of Vânia and Valdir Bündchen, who worked as a bank teller and a college professor, respectively. When she was 10 years old, her family moved to São Paulo after her father lost his job. Her five sisters all grew up with her – Raquel, Graziela, Gabriela, Rafaela, and her fraternal twin sister Patricia, her junior by five minutes.

In addition to Portuguese, Gisele speaks English, Italian, Spanish and some French, and learned German at school, but has stated that: “… being out of touch with the language for such a long time, I, unfortunately, forgot it.”

Bündchen began modeling at age 13 after winning a local beauty pageant. She rose to prominence after posing for the cover of Brazilian Elle magazine in 1998. The following year, she relocated to New York City to begin her international modeling career.

Bündchen has since appeared on the covers of numerous fashion magazines, including Vogue, Harper’s Bazaar, W, and ELLE. She has also walked the runways for many of the world’s most prestigious fashion designers, such as Karl Lagerfeld, Marc Jacobs, and Valentino. In 2000, she became the first Brazilian model to be featured on the cover of American Vogue.

Bündchen’s career really took off when she traveled to New York in 1996 and debuted on the runway at New York Fashion Week. Her high-fashion break came in 1997 when she walked for Alexander McQueen’s Spring 1998 ‘Rain’ ready-to-wear show in London, christened as ‘The Body’. Bündchen signed with Elite Model Management.

After Rolling Stone named her ‘The Most Beautiful Girl in the World’ in 2000, her career skyrocketed, letting her open shows for Christian Dior, Dolce & Gabbana, Michael Kors, Valentino, and Marc Jacobs.

Bündchen ended her contract with Victoria’s Secret in 2007, on the pretext of concentrating on other projects and denying rumors of payment disagreements.

In addition to her successful modeling career, Bündchen has also ventured into acting and business. She made her film debut in 2004’s Taxi and has since appeared in several other movies and television shows. In 2007, she launched her own line of lingerie called Gisele Bundchen Intimates. She has also made some notable cameos in movies, most notably in the Devil Wears Prada.

Gisele Bündchen has authored two books: Lessons: My Path to a Meaningful Life and Love, Light and Leadership.

In Lessons, Gisele provides readers with an intimate look at her life, from growing up in Brazil to becoming one of the world’s most successful models. She shares the valuable lessons she’s learned along the way about family, friends, work, and love.

In Love, Light and Leadership, Gisele shares her insights on how we can all lead more fulfilling lives. Drawing on her own experiences, she shows us how to find our purpose, tap into our inner strength and radiate positive energy.

Despite her marriage to the extremely high-profile American football player Tom Brady, it is not thought that Gisele benefited financially from the marriage much at all. After all, it would appear that she actually earned more than her husband, Tom Brady, throughout the entire marriage!

Tampa Bay Buccaneers Quarterback Tom Brady started dating Bündchen in 2006, and between them, they made some pretty lavish purchases with their combined wealth. They put money into a number of businesses, including a stake in a Boston-based venture capital firm. They’ve also invested in properties around the world, including a $10 million penthouse in New York City and a sprawling farm in Costa Rica. Gisele also has her own fleet of luxury cars, including a Bentley and a Rolls-Royce.

The couple was also generous with their philanthropy, donating millions of dollars to charities over the years. They have supported causes related to children’s health, education, and environmental conservation.

Apart from these investments, Bündchen is known for being quite thrifty, and she has said that she doesn’t spend a lot on clothes or other material things. Instead, she focuses on investing in her family’s future and giving back to causes that are important to her.

Gisele Bündchen is a world-renowned supermodel who has graced the covers of magazines and runways for over two decades. She has also been a successful businesswoman, launching her own lingerie line and environmental organization. Here are some of the best highlights of her career:

“I want to have a big family. My parents have been together for 36 years, and that is what I want. I am in that place. It’s all good in that part of my life. It’s one part of my life that I’m learning about every day. I’ve been challenged a lot by it, but it’s the most rewarding part.” – Gisele Bündchen

“You know, everyone says, ‘Modeling and acting are so similar’… they say, ‘It’s so natural for models to become actresses because they use the camera.’ I don’t think of it in that way.” – Gisele Bündchen

“When I was a teenager, I had pimples – oh, God, every time someone looked at my face I thought they were looking at my pimples. I put mud on my face to dry them out, and it worked.” – Gisele Bündchen

“When I walk down the runway, my main goal is to not think about the people watching. The idea of all eyes on me would make me too uncomfortable. As I step on the runway, I take a deep breath, focus on a point in the distance, and go!” – Gisele Bündchen

“When I came to New York and I opened the window of the thirty-fifth-floor apartment, there’s light pollution and fog, and I couldn’t see my star. So I drew it on my wrist with a pen, but it kept washing away. Then I went to a tattoo parlor on Second Avenue and had it done.” – Gisele Bündchen

Now that you know all about Gisele Bündchen’s net worth, and how she achieved success; let’s take a look at some of the most inspiring lessons we can learn from her:

One of Gisele’s most famous quotes is “I’m not afraid of working hard at anything, whatever it is. I just always want to be the best that I can be.”

I love this quote, it shows that Gisele is motivated to be her best self and doesn’t mind a bit of hard work.

Gisele juggles being a mother and being incredibly successful with ease. She says that she got more emotional after having kids but embracing your emotions is never a bad thing.

Also, she FaceTimes her kids 5 times a day when she is traveling but it doesn’t stop her from earning those millions. That’s what I call an impressive mother and a successful lady.

Gisele says the biggest life lesson she has learned so far is “to let go of things that I can not change. I embrace whatever challenges come my way.” So let’s just copy and paste Gisele’s life lesson right into our lives and live happily ever after?

How much is Gisele Bündchen worth?

Gisele Bündchen’s net worth is estimated to be $400 Million.

How old is Gisele Bündchen?

How tall is Gisele Bündchen?

How much does Gisele Bündchen make per year?

Gisele Bündchen is one of the most successful supermodels in the world, and she has the bank account to show for it. In 2015, she was named the highest-paid model in the world by Forbes, with an estimated annual income of $44 million. That’s more than double what she made just two years prior.

A large chunk of it comes from her highly lucrative contracts with fashion brands like H&M, Victoria’s Secret, Chanel, and Balenciaga. She also has her own line of lingerie, skincare, and cosmetics. And let’s not forget her huge paychecks from hosting and appearing in commercials and other advertising campaigns.

It’s no wonder Gisele is able to command such high fees – she’s one of the most recognizable faces (and bodies) in the business, along with her ex-husband Tom Brady. With over 20 years of experience in the industry, she’s truly a superstar. And long may her reign continue!

Gisele Bundchen needs no introduction; at least to the fashion aficionados. She is one of the hottest women is and regarded as the highest-paid model on the planet, she enjoys lucrative revenues from over 20 fashion and personal care brands she endorses, along with her own line of fashion products.

This first-ever model billionaire is regarded as the most popular fashion export from Brazil and has been ranked on Forbes’ list of ‘top-earning models’ for eight consecutive years.

As of February 2023, Gisele Bündchen’s net worth is estimated to be $400 Million.

What do you think about Gisele Bündchen’s net worth? Leave a comment below.