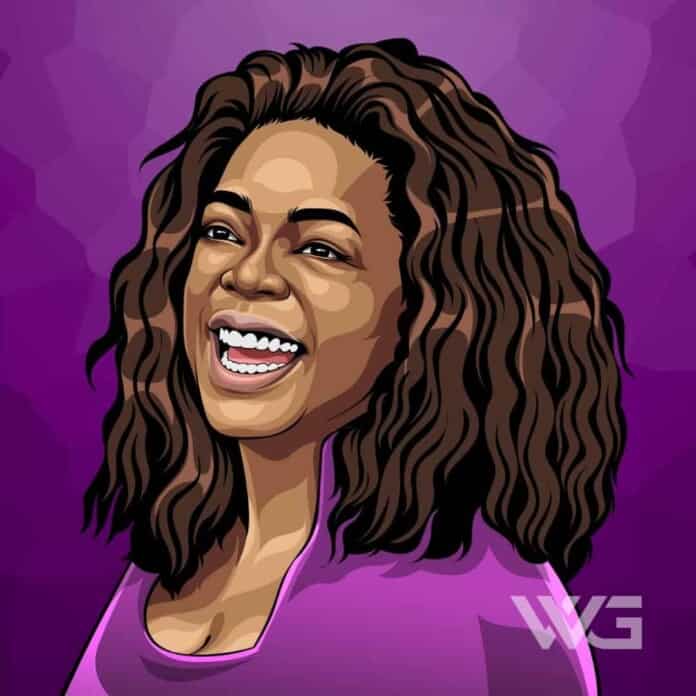 What is Oprah Winfrey’s net worth?

As of February 2023, Oprah Winfrey’s net worth is estimated to be $3.5 Billion, which makes her the richest female television host of all time.

Oprah Gail Winfrey is an American talk show host, producer, actress, and media proprietor from Kosciusko. Winfrey is mostly known for her successful talk show ‘The Oprah Winfrey Show’. The show is the highest-rated television program in history.

Oprah Winfrey is also known as the ‘Queen of Media’ and she has collaborated with some of the most successful stars in the world including TV host Ellen Degeneres who also is a popular host in the industry.

Oprah Gail Winfrey was born in Kosciusko, Mississippi on the 29th of January, 1954. Winfrey had a really tough childhood as a kid. She was sexually abused by a number of men who were friends of her mother Vernita. Winfrey, later on, moved to Nashville to live with her father, Vernon.

Winfrey attended Tenessee State University in 1971 where she began working with television broadcasting and radio in Nashville. She got her first job in 1976 when she hosted the TV show ‘People Are Talking’.

Oprah’s big breakthrough came in 1986 when she began her own television show ‘The Oprah Winfrey show’.

The show has proved to be one of the most successful and highly watched TV shows of all time. Oprah has also, during her career, remained a powerful role model for women and black American women in particular.

The Oprah Winfrey Show has focused on spirituality, issues of self-improvement, and self-help. Diet was once a big issue with Oprah, and she has successfully lost a lot of weight. Oprah’s diet book has sold millions of copies worldwide.

Her books have focused a lot on spiritual topics, and the aspect of taking responsibility for your own life. Oprah means that it’s not good enough to just change your circumstances but you also need to change the way you look at your life.

In 2008 Oprah declared her support for Barack Obama, which helped him gain millions of votes in the 2008 election. Oprah has also opened a book club which has become the most influential book club in the world. She has also been nominated for an Oscar in the film ‘A Color Purple’.

Since then, Oprah Winfrey has become known for being one of the most successful hostesses in the world. She has influenced many by her work throughout her career.

Here are some of the best highlights of Oprah Winfrey’s career:

“Be thankful for what you have; you’ll end up having more. If you concentrate on what you don’t have, you will never, ever have enough.” – Oprah Winfrey

“Your calling isn’t something that somebody can tell you about. It’s what you feel. It is the thing that gives you juice. The thing that you are supposed to do. You know it inside yourself.” – Oprah Winfrey

“Wherever you are in your journey, I hope you, too, will keep encountering challenges. It is a blessing to be able to survive them, to be able to keep putting one foot in front of the other—to be in a position to make the climb up life’s mountain, knowing that the summit still lies ahead. And every experience is a valuable teacher.” – Oprah Winfrey

“I remember a specific moment, watching my grandmother hang the clothes on the line, and her saying to me, ‘you are going to have to learn to do this,’ and me being in that space of awareness and knowing that my life would not be the same as my grandmother’s life.” – Oprah Winfrey

View our larger collection of the best Oprah Winfrey quotes!

Now you know all about Oprah Winfrey’s net worth, and how she achieved success; let’s take a look at some of the lessons we can learn from her:

1. Keep your dreams right in front of you

Follow your dreams and keep your eyes on the prize that is in front of you. Creating a vision board can help you to work and achieve your goals faster.

Clean up your messes, which could be your emotions. This can also be your everyday schedule or problems. Declutter to create creativity, opportunities, and a sense of well-being. It can help you to get rid of the energy chaos and drains.

Nourish your mind. A book can be a pass to personal freedom. Reading is fundamental. We can discover that there’s a whole world to conquer that went beyond our minds.

How much is Oprah Winfrey worth?

Oprah Winfrey’s net worth is estimated to be $3.5 Billion.

How old is Oprah Winfrey?

How tall is Oprah Winfrey?

Oprah Winfrey is without a doubt the most successful television host in the world. She has collaborated with many stars including TV host Ellen Degeneres who is also one of the best hostesses in the industry.

Winfrey has shown us that no matter what you’re going through you can still succeed. Winfrey herself had a tough childhood but today is very successful.

What do you think about Oprah Winfrey’s net worth? Leave a comment below.