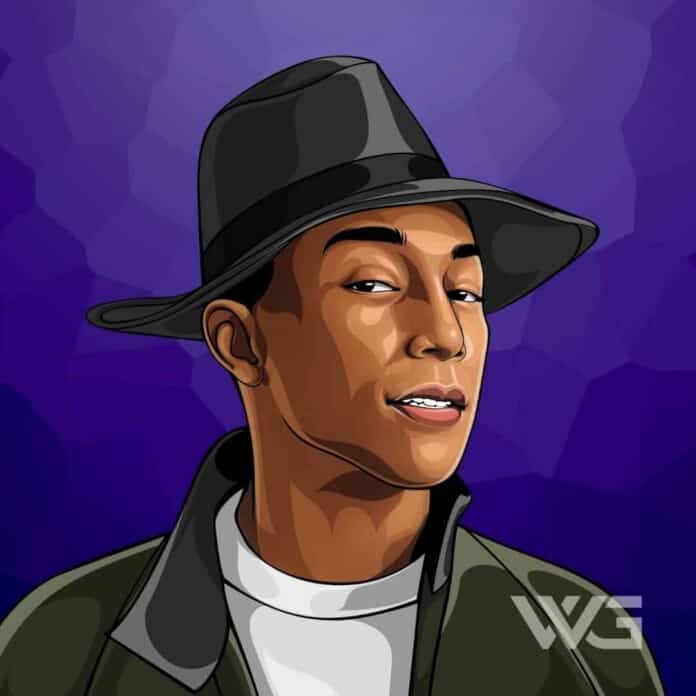 What is Pharrell Williams’ net worth?

As of February 2023, Pharrell Williams’ net worth is estimated to be $250 Million, which makes him one of the richest rappers in the world.

Pharrell Williams was born in Virginia Beach on the 5th April, 1973.

He is the eldest of three sons of Pharaoh and Carolyn Williams. His roots extend for generations in Virginia and North Carolina, and one of his ancestors journeyed to West Africa in 1831.

Pharrell met Chad Hugo in a 7th grade summer band camp, where he played the keyboards and drums and Hugo played tenor saxophone. They were also both members of a marching band.

In the early 1990s, Chad and Pharrell formed an R&B group, the Neptunes, with friends Shay Haley and Mike Etheridge. Later, the group entered a high school talent show, and were discovered by Teddy Riley, whose studio was located next to Princess Anne High School. After graduating from high school, the group signed with Riley.

From 1992 onwards, The Neptunes gradually built a fan base, and became very popular. Pharrell start working more on his solo career in 2005, and released his solo debut album, ‘In My Mind’.

Since releasing the album, Pharrell has gained an incredible amount of popularity and released best selling singles such as ‘Happy’, which is the ‘Despicable Me 2’ theme song.

He is now one of the richest rappers in the world, has worked with a wide number of best selling artists, and has a net worth of $250 Million.

Here are some of the best highlights of Pharrell Williams’ career:

“I love when things are transparent, free and clear of all inhibition and judgement.” – Pharrell Williams

“I love when things are transparent, free and clear of all inhibition and judgement.” – Pharrell Williams

“Some people say there’s nothing new under the sun. I still think that there’s room to create, you know. And intuition doesn’t necessarily come from under this sun. It comes from within.” – Pharrell Williams

Most of the time, I see what I see, I search my feelings, and then I make my decisions based on my gut – and I don’t always make the right ones.” – Pharrell Williams

View our larger collection of the best Pharrell Williams quotes!

3 Keys to Success from Pharrell Williams

There’s a lot to be learned from Pharrell; considering that he’s one of the richest rappers of all time. So we’ve included a few of the many success lessons that anybody can take from Pharrell’s wisdom, thanks to Evan Carmichael:

1. Stay Loyal to Your Creativity

We are all unique and we all have a different way of thinking. If you use your creativity when it comes to your career, you are bound to come up with new and different concepts, that have not yet been put together.

Sometimes, they may be really bad ideas; but sometimes they might just be genius.

If you’re curious, you will keep chasing it. Pharrell says feed your curiosity, because that’s likely where your passion lies. If you are curious about something, you’re naturally drawn to it; and until you find out more about it, you will remain curious.

Pharrell references to the highways as a metaphor here, and explains how many different routes there are. It’s better to try and take a different route, than to be completely stuck on the highway you’re currently on.

The same applies to life, to your career and your success.

How much is Pharrell Williams worth?

Pharrell Williams’ net worth is estimated to be $250 Million.

How old is Pharrell Williams?

How tall is Pharrell Williams?

As of February 2023, Pharrell Williams’ net worth is $250 Million, making him one of the richest rappers in the world. We can all learn from Pharrell’s success, and many of us have been inspired or even had our moods boosted by his music.

What do you think about Pharrell Williams’ net worth? Leave a comment below.