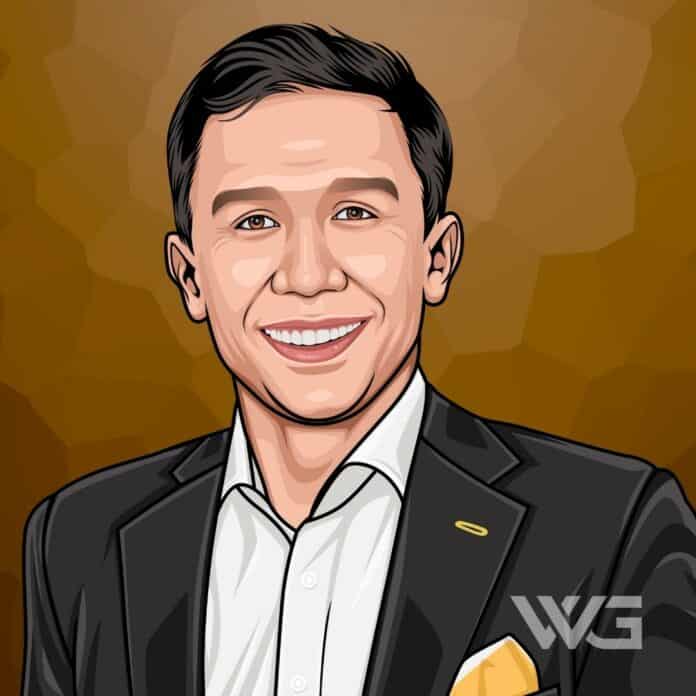 What is Gennady Golovkin’s net worth?

Gennady Golovkin is a Kazakhstani professional boxer considered the best middleweight boxer in the world.

With many victories to his name, he’s held two middleweight world champion titles, defeating many fighters throughout his career.

As of February 2023, Gennady Golovkin’s net worth is estimated to be $30 Million.

He was raised with his three brothers, Sergey, Vadim, and Max, and began boxing when he was just eight years old.

After joining a boxing gym in Karaganda, he was coached by Victor Dmitriev, paving the way for his life as a professional boxer.

In 1993, he began his amateur career, winning many fights, including the gold medal at the 2003 World Amateur Boxing Championships.

Gennady Golovkin began his career as a professional boxer in 2005, remaining undefeated for several years before moving to the United States.

Before long, he’d established a reputation as one of the hottest young fighters to have emerged at the time, picking up his first titles as a pro.

He has fought and defeated many high-profile boxers throughout his career, taking the WBC middleweight title from Saul Canelo Alvarez in 2016.

Milton Nunez, Daniel Geale, and Marco Antonio Rubio are among the many other boxers he’s successfully defeated in the ring.

Iconic boxer Oscar de la Hoya has been instrumental in many of Golovkin’s fights, in particular arranging his fights with Saul Alvarez.

Frequently compared to boxing’s greatest fighters of all time, he’s been likened to George Foreman and Manny Pacquiao over the years.

As one of the richest boxers in the world, Gennady Golovkin’s career earnings have continued to climb as he has won more championships and titles.

This saw a notable increase in the late 2000s, as Golovkin secured his reputation by winning both the IBF and IBO middleweight titles.

He continues to fight to this day, with his career earnings from fights combined with sponsorship deals guaranteeing a high salary.

Gennady Golovkin’s net worth and assets have seen exponential growth following his first title victory, with each successive fight enhancing his fortune.

As one of the best pound-for-pound fighters of his generation, he’s raised his profile through a combination of hard work and pure skill.

His move to the super middleweight division in 2022, with many more fights to come, will undoubtedly see his net worth increase in the coming years.

Golovkin resides with his wife, Alina, in Big Bear, California, along with their son and daughter, who was born days before his first fight with Canelo Álvarez.

He enjoys spending his spare time with his children, playing games with his son, and encouraging their education.

With over 4 million fans following his official Instagram account, he’s keen to spread his training ethic and process with the next generation of boxers.

Throughout his impressive career, Gennady Golovkin has won many championships and titles across different weight classes around the world.

He has also successfully retained several titles for many years, defeating a list of challengers in the process.

Here are some notable awards and achievements from Gennady Golovkin’s career:

His continued presence as a competitive fixture in the world of boxing means we can expect more awards and accolades from Golovkin in the future.

How Does Gennady Golovkin Spend His Money?

With a net worth comparable to some of the richest athletes in the world, Golovkin can afford many luxuries, such as expensive cars.

These include a Rolls-Royce, Jeep, and expensive sportscars worth hundreds of thousands of dollars each.

Through his sponsorship with Hublot, who make some of the most expensive watches in the world, he’s accumulated an impressive watch collection of his own.

Golovkin’s impressive career has seen him enjoy many moments of success, leading to him becoming one of the most iconic fighters of all time.

This success began early in his amateur career and continues to the present day, with multiple victories to his credit.

Here are some of the best highlights of Gennady Golovkin’s career:

With more fights in the pipeline and other activities keeping him in the public eye, we can anticipate more great moments from Golovkin’s career.

Gennady Golvokin is well known for his approachable demeanor in public, and has been happy to share his insights into boxing when conducting interviews.

This ranges from his thoughts on getting in shape for a fight to where he sees himself once he hangs up his gloves and retires.

Here are our favorite quotes from Gennady Golovkin:

Now that you know all about Gennady Golovkin’s net worth, let’s take a closer look at some of the lessons we can take from his training ethics.

Known for his aggressive sparring and fighting style, his commitment to his craft is both admirable and instructive.

Here are some of the best success lessons to learn from Gennady Golovkin:

1. Practice All Variations To Perfection

Golovkin’s routine will encompass a broad range of punches and combinations when training for a fight.

Whether you’re boxing or learning an instrument, try to practice your craft as comprehensively as possible.

2. Dedicate Time For Your Family

Despite his busy schedule of training and working to promote several brands, Golovkin understands the importance of family.

He dedicates as much time as possible to his family, helping his children become as successful as he has been.

3. The Early Bird Catches The Worm

Getting up early is sound advice you’ll receive from everyone from successful businessmen to world-class athletes.

Golovkin is no exception, preferring to rise at 5 am, so he can get straight down to training and jogging before the sun comes up.

So there you have it, our comprehensive article exploring the amateur and professional boxing career of middleweight champion Gennady Golovkin.

Golovkin’s net worth has reached new heights as his career has progressed, with future bouts likely to see his wealth increase further.

We’ll update this article to cover all the latest information on his career, so be sure to check back again for the details.

As of February 2023, Gennady Golovkin’s net worth is estimated to be $30 Million.

What do you think about Gennady Golovkin’s net worth? Leave a comment below.