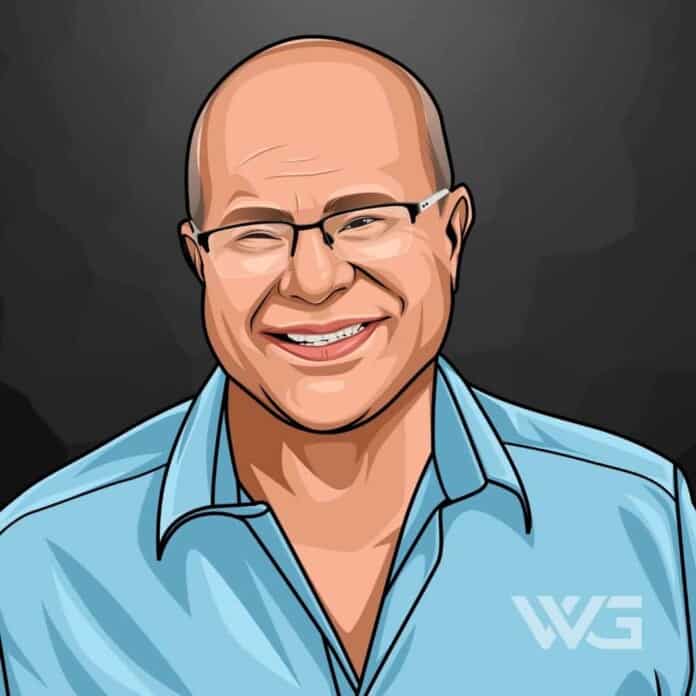 What is David Tepper’s net worth?

Tepper is the owner of the Carolina Panthers of the NFL and an unnamed Charlotte franchise in MLS. Tepper is also the founder and president of Appaloosa Management.

David Alan Tepper was born on the 11th of September, 1957, in Pittsburgh, Pennsylvania.

He was the second of three children born to Harry, who worked as an accountant, and Roberta, an elementary school teacher, taught at public schools in the city.

Tepper attended the University of Pittsburgh and that helped pay his way through school by working at the Frick Fine Arts Library.

David Tepper finished his education in 1982, after which he got a job in the treasury department of Republic Steel in Ohio. Keystone Mutual Funds in Boston recruited him after two years.

In 1985, he was recruited by Goldman Sachs as a credit analyst. He became its head trader within six months and played a major role in the survival of Goldman Sachs after the 1987 market crash. He quit the company in 1992.

The following year, he co-founded Appaloosa Management with Jack Walton, who was his co-worker at Goldman Sachs.

It continued growing over the years, and in 2014, its assets under management exceeded $20 billion. The company has mostly invested in debts of companies in distress. Their first investment was in a distressed steel company that was in a bankruptcy court.

Here are some of the best highlights of David Tepper’s career:

“For better or worse, we’re a herd leader. We’re at the front of the pack, we are one of the first movers. First movers are interesting, you get to the good grass first, or sometimes the lion eats you.” – David Tepper

“I wanted to learn about this trading business, and the guy running the desk at the time was not really a corporate guy. He wasn’t good at understanding companies and was more familiar with how interest rates moved, so he wasn’t really right for the job.” – David Tepper

“People say that I basically kept going to Rubin instead of Corzine but it wasn’t for political reasons. It was just because Rubin knew what was going on with equities and Corzine was a Treasury guy that didn’t know corporates. I wasn’t disloyal to him, but I wasn’t one of his boys.” – David Tepper

“I remember my dad had made some small investments in a few companies, so I would track them and see how he was doing… but then the whole thing went bankrupt. It was a bad investment, but that didn’t deter me.” – David Tepper

Now that you know all about David Tepper’s net worth and how he achieved success; let’s take a look at some of the lessons we can learn from him:

Ambition is not just about wanting more. It includes the action of brings you closer to a realization of your goal. First, don’t be satisfied with mediocrity. Visualize your next level, then continue to take positive action that draws you closer to your vision.

2. Have A Niche And Be Clever

After all teeny is an MBA equivalent from kanji Maloney University in 1982 Tepper accepted a position at Republic Steel in Ohio. Tepper worked in the Treasury Department until he was recruited in 1984 to Boston based Keystone mutual funds. Bonds in financial institutions had been significantly affected by the crash for a pittance.

Develop an ‘attitude of gratitude.’ Say thank you to everyone you meet for everything they do for you.

How much is David Tepper worth?

David Tepper’s net worth is estimated to be $12 Billion.

How old is David Tepper?

How tall is David Tepper?

David Tepper is an American businessman and philanthropist who is one of the richest sports team owners on the planet. He founded his own company, Appaloosa Management, in 1993.

What do you think about David Tepper’s net worth? Leave a comment below.