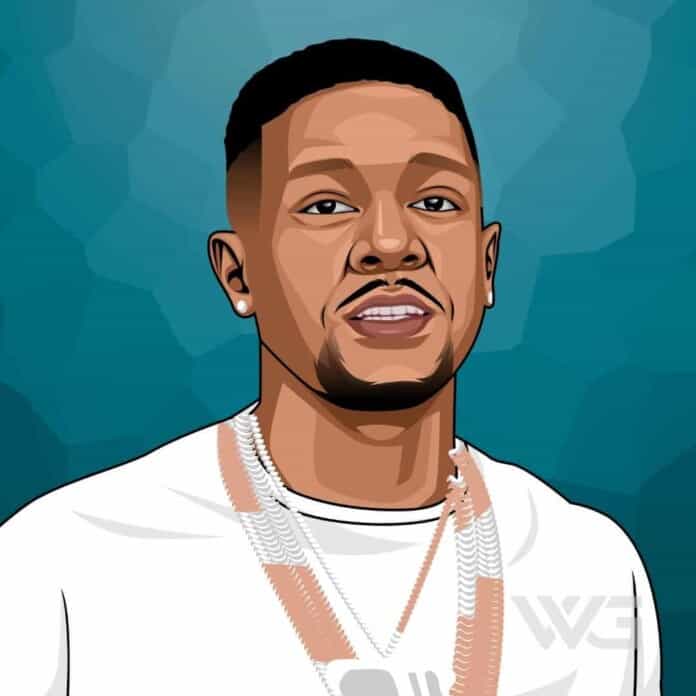 What is Lil Boosie’s net worth?

He began rapping in the 1990s as a member of the hip hop collective Concentration Camp, eventually pursuing a solo career in 2000 with the release of his debut album Youngest of da Camp.

Torrence Hatch was born on the 14th of November, 1982, in Southside Baton Rouge, Louisiana. His father was a drug addict and struggled with addiction until his death in 1997.

His mother was a schoolteacher. He has seven siblings. His parents nicknamed him Boosie and he was later called Lil Boosie. He was a good basketball player, and his mother hoped that his good sportsmanship would help him get into a good college.

When Boosie turned to rap, his cousin Young Bleed introduced him to rapper C-Loc. He took Boosie under him and mentored him. Boosie joined the ‘Concentration Camp’ group in 1996, at the age of 14. He was the youngest member of the group.

Besides Young Bleed and C-Loc, the group consisted of six other members. Upon joining the group, Boosie debuted on C-Loc’s fifth album, ‘It’s A Gamble’ in 2000, and contributed to Concentration Camp’s third studio album ‘Camp III: Thug Brothas’ in the same year.

In 2009, he released his second major album ‘Superbad: The Return of Boosie Bad Azz’.

In 2010, while he was in the prison for drug possession, ‘Unbreakable,’ as a Compilation CD with C-Loc was released.

As of July 2017, Boosie is trying his hand at some serious acting, and has landed a role in the indie boxing film, ‘Glass Jaw’. He plays the role of a street-savvy underground fight club operator.

He already has some acting experience as he had starred in some films earlier, like ‘Gangsta Musik’, and ‘Last Dayz and Ghetto Stories: The Movie’, where he played a small-time drug dealer.

Here are some of the best highlights of Lil Boosie’s career:

“When they got to using my lyrics, I was just thinking, ‘This ain’t fair.’ I thought we had a freedom-of-speech law. Damn, Johnny Cash said he ‘shot a man down in Folsom Prison just to watch him die’ and he ain’t get in trouble. Bob Marley said he ‘shot the sheriff.’ He ain’t get indicted.” – Lil Boosie

“What they having going on today is wrong… Parents going to jail for disciplining the kids? The world has changed. You can’t even whoop your child and send them back to school with a bruise.” – Lil Boosie

Now that you know all about Lil Boosie’s net worth, and how he achieved success; let’s take a look at some of the lessons we can learn from him:

If you give a good thing to the world, then over time your karma will be good, and you’ll receive good.

Karma bides its time. You will always have to watch out. Karma is unforgiving and always gets payback.

3. Be The Bigger Person

You cannot do harm to someone because someone has done harm to you. You will pay just like they will.

How much is Lil Boosie worth?

Lil Boosie’s net worth is estimated to be $800 Thousand.

How old is Lil Boosie?

How tall is Lil Boosie?

Lil Boosie is a renowned American rapper. Despite all the ups and downs in his early life, he was determined to make it big because he had the hidden talent of rapping in him.

The trendsetting rapper has collaborated with many southern hip-hop celebs like Three Six Mafia, Yung Joc, Webbie and Bun B.

What do you think about Lil Boosie’s net worth? Leave a comment below.