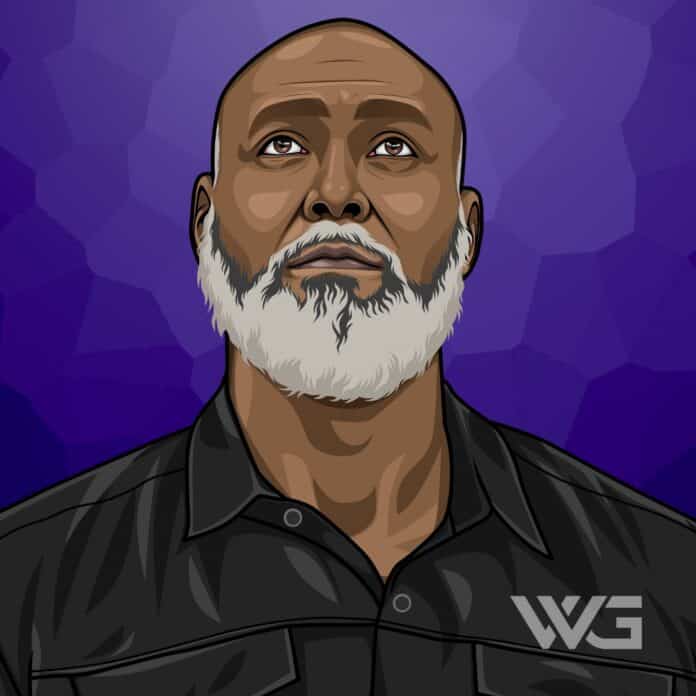 What is Karl Malone’s net worth?

Karl Malone is the former professional basketball player known as “the Mailman” because he was always able to deliver. He won numerous awards and collected gold at the 1992 and 1996 Olympics.

He is widely regarded as one of the NBA’s strongest forwards in NBA history and was part of the famous duo “Stockton to Malone” which included John Stockton running point and Karl Malone filling or rolling to the basket.

Malone has eight older siblings and used to live with his mother on a farm. His father left to be a part of his other family and committed suicide when Karl was only 3 years old. Karl spent most of his time helping around the farm and attended Summerfield High School.

He started to play for his high school’s basketball team and led them to three consecutive titles.

With his obvious talent, he was recruited by the University of Arkansas but decided to attend Louisiana Tech to be a part of the Bulldogs.

He made a name for himself while playing for the Bulldogs and was picked as the 13th pick at the 1985 NBA draft by the Utah Jazz.

Very soon after being selected by the Utah Jazz team, Karl became the leading scorer. His talents and reliability made him the foundation of the Utah Jazz offense and he made his first All-NBA team and first All-Star Game in 1988.

Karl signed a 10-year contract with the Utah Jazz team which was worth $18 million in 1988. Karl was just behind the world-renowned Michael Jordan throughout the 1990s.

He went on to successfully represent the United States at the 1992 Summer Olympics, winning gold as part of the “Dream Team”.

The dream team consisted of Michael Jordan and Scottie Pippen from the Chicago Bulls, and Magic Johnson of the Los Angeles Lakers.

Then there were John Stockton and Karl Malone of the Utah Jazz, Larry Bird of the Boston Celtics, Chris Mullin of the Golden State Warriors. Finally, Patrick Ewing of the New York Knicks amongst others completed the team.

Karl led the Utah Jazz to 60 victories for the first time in the team’s history and renewed his contract without hesitation.

He joined the American National Olympic team once again in 1996 and helped bring back a gold medal for the second time.

Malone continued to play with the Utah Jazz team until 2003, when he became a free agent.

Karl joined the Los Angeles Lakers but, unfortunately, did not make the NBA Finals after being defeated by the Detroit Pistons.

This led Karl to become a free agent once again, with multiple teams wanting to sign him.

He retired in 2005 and became the director of basketball promotion and coach of the Utah Jazz team in 2013.

Karl has invested in multiple businesses and franchises, making a success of business in the same way that he did as a basketball player.

Karl Malone earned more than $100 million throughout the course of his spectacular career.

With his sponsorships and endorsements, this figure increased to well over $150 million by the time he retired.

Karl Malone retired from basketball in 2004 and owns a variety of businesses including restaurants, takeaways, and various car dealerships.

While he is still working, it is at a much slower pace than before and his annual income is unknown.

After raking in huge fees for playing and coaching basketball, Malone retired to Louisiana to enjoy the peace and quiet, while still enjoying the fruits of his financial success.

While Karl Malone’s net worth in 2022 is estimated to be in the region of $55 million, there are no public records to verify this figure.

Given his large investments in motor dealerships and restaurants, it is quite likely that he is worth much more than this.

Karl married Kay Kinsey, 1988 Miss Idaho USA, in 1990 and the couple had four children, one son, and three daughters.

There were issues involving a paternity lawsuit issued by two families who claimed he was the father of three other children with other women.

His relationship with Gloria Bell was kept a secret as Karl was 20 at the time and was accused of statutory rape. After the lawsuit, Karl became an exemplary father to all seven of his children.

His twin sons have followed in their father’s footsteps and are currently playing basketball while his other son plays in the NFL.

Karl may not have quite the public popularity of Magic Johnson or Michael Jordan, but he was an extraordinary player who made a massive contribution to the NBA.

He twice represented his country at the Olympic Games, joining Shaquille O’Neal and Kyrie Irving as one of the game’s most respected players.

Here are some of the more memorable moments from Karl Malone’s career:

It is almost two decades since he retired and Malone is still a popular figure at the Jazz games.

He is somewhat reclusive now and isn’t as active on social media as he once was, but he still supports his old team whenever he can.

How Does Karl Malone Spend His Money?

Karl has a dealership named Karl Malone Toyota which is in partnership with the Toyota company. The dealership is said to make Karl over $500,000 per month, but this is just speculation.

Malone owns property in Alaska where he explores his hobbies of fishing and hunting. He lives quietly in Northern Louisiana, and spends most of his time hunting and going to the gym.

He manages his various businesses at a distance and owns a local cigar shop and a Teriyaki restaurant. He partnered with his daughter in a clothing store as well as an apartment complex.

Karl also spends time at several businesses that he started in Utah, but for all that, he’s enjoying his retirement.

With his huge fortune, he could own the most expensive cars in the world but he has a choice of cars and trucks from his various dealerships.

Karl Malone was keen on becoming a bodybuilder and a cop at one time but changed his mind when he got his break in the NBA.

While playing basketball was his main focus, he also considered becoming a hunting guide or even a long-haul trucker.

Here are some of the best highlights of Karl Malone’s career:

Never one to settle, Karl tried his hand as a radio personality and a pitchman and was also employed as an actor.

Once he finished playing basketball, he tried out as a pilot and then became involved in selling cars and did some pro wrestling with Dennis Rodman which ended with a defeat in the ring.

Karl has never been shy about voicing his opinion and some of what he had to say was difficult to swallow. However, he is a no-nonsense guy and his advice and insights into the game of basketball are spot on.

Here are our favorite quotes from Karl Malone:

For all his talent, Karl worked extremely hard to stay fit and competitive, especially in the gym.

He hit a few low points in his career but he never let it get him down and was always ready to try something new.

Now that you know all about Karl Malone’s net worth, here are some of the best success lessons to learn from Karl Malone:

If you put in the extra work, you can make it to the top the same way Karl Malone did.

Despite his natural attributes, Karl knew that he had to work hard to stay on top and never got complacent.

2. There Is Always Something Better Along The Way

It is important to keep pushing forward, because even if things feel as if they’ve hit rock bottom, there is always something better to come along in life.

Karl was constantly looking for opportunities and when they presented themselves, he jumped on them.

3. Do Everything To Your Fullest Extent

Karl believes that it’s best to put in 100% and nothing less than that. He managed to reach the highest levels of sport through hard work and belief in himself.

He knew that he could do anything he set his mind to if he was just able to put in enough effort.

Karl’s successful career resulted in him becoming one of the best power forwards in basketball history. He still holds the record for second-most career points and most free throws in the NBA.

Even though he started his career being the 13th pick, the Utah Jazz team announced that they would’ve picked him at a better number if they knew the impact he ended up making in the NBA.

With his hard work and determination, Karl became one of the wealthiest men in basketball history.

What do you think about Karl Malone’s net worth? Leave a comment below.

What is Chamath Palihapitiya's net worth?  Introduction As of ,...