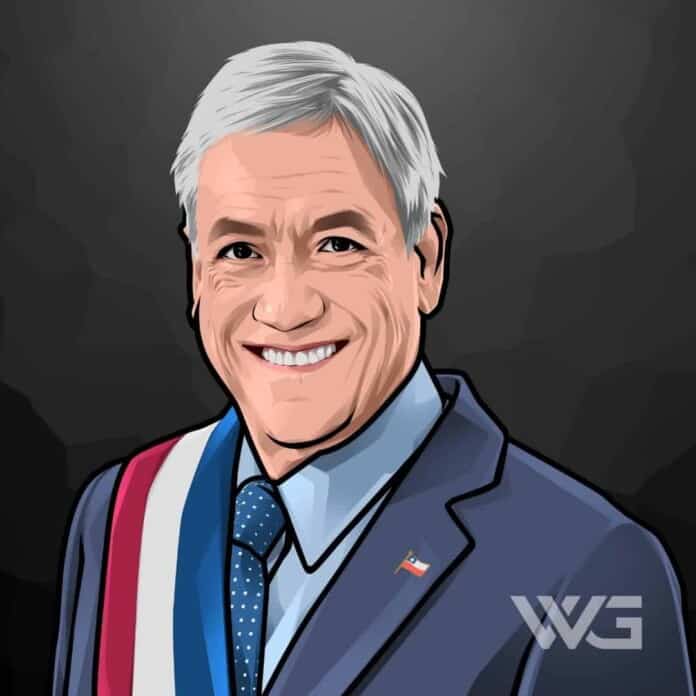 What is Sebastian Pinera’s net worth?

Sebastian Pinera is a Chilean billionaire businessman and politician.

He has been president of Chile since 2018. He previously served as president from 2010 to 2014. Pinera is the son of a Christian Democratic politician and diplomat.

Pinera studied business engineering at the Pontifical Catholic University of Chile and economics at Harvard University.

Miguel Juan Sebastian Pinera was born on the 1st of December, 1949, in Santiago, Chile.

He is a nephew of the former oldest living Roman Catholic bishop in the world, Bernardino Pinera, who died in 2020.

His family moved to Belgium one year after his birth and later to New York. His father was the Chilean ambassador to the United Nations.

In 1955, Pinera returned to Chile and enrolled in the Colegio del Verbo Divino, from which he graduated in 1967. He continued on to Harvard University. During his time at Harward, he and a classmate coauthored an article.

He was the general manager of Banco de Talca. In 1982, a warrant was issued for his arrest on charges of violating banking law in an event where over $38 million was not paid to the Central Bank of Chile.

Pinera spent 24 days in hiding while his brother appealed the order. A writ of habeas corpus, first rejected by the Appeals Court but then approved by the Supreme Court, acquitted Pinera.

He was sworn in as the 34th President of the Republic of Chile in 2010, in a ceremony held in a plenary session of the National Congress in Valparaiso.

In 2019, following the social unrest that erupted, Pinera diminished its capacity to govern according to the principle of presidential.

Here are some of the best highlights of Sebastian Pinera’s career:

“I believe in a real democratic system, with a state of law and freedom of the press. I believe in a free, open-market economy integrated with the world. And I believe in equality of opportunity. Those are my basic beliefs. On top of that, of course, I believe in some moral values.” – Sebastian Pinera

“To have a stable economy, to have a stable democracy, and to have a modern government is not enough. We have to build new pillars of development. Education, science and technology, innovation and entrepreneurship, and more equality.” – Sebastian Pinera

Now that you know all about Sebastian Pinera’s net worth and how he achieved success; let’s take a look at some of the lessons we can learn from him:

On one hand, it is very important that democracy and human rights be defended across borders. But it is also very important to respect the right of each country to choose its own path.

Economic and financial crises are getting much more usual, and they are not confined to a given country but they immediately spread all over the world, and you have to be prepared for that.

Life is tough – and you have to be tougher than life to change the world.

How much is Sebastian Pinera worth?

Sebastian Pinera’s net worth is estimated to be $2.8 Billion.

How old is Sebastian Pinera?

Sebastian Pinera was born on December 1, 1949, and is currently 72 years old.

How tall is Sebastian Pinera?

Sebastian Pinera is a Chilean politician. Pinera is an investor and businessman. He is also the sole owner of Chilevision, a Chilean broadcasting company. Sebastian first served as President of Chile from 2010 to 2014.

He was re-elected to the Presidency in 2018. As a member of the National Renewal party, he served as a senator for the East Santiago district from 1990 to 1998.

What do you think about Sebastian Pinera’s net worth? Leave a comment below.