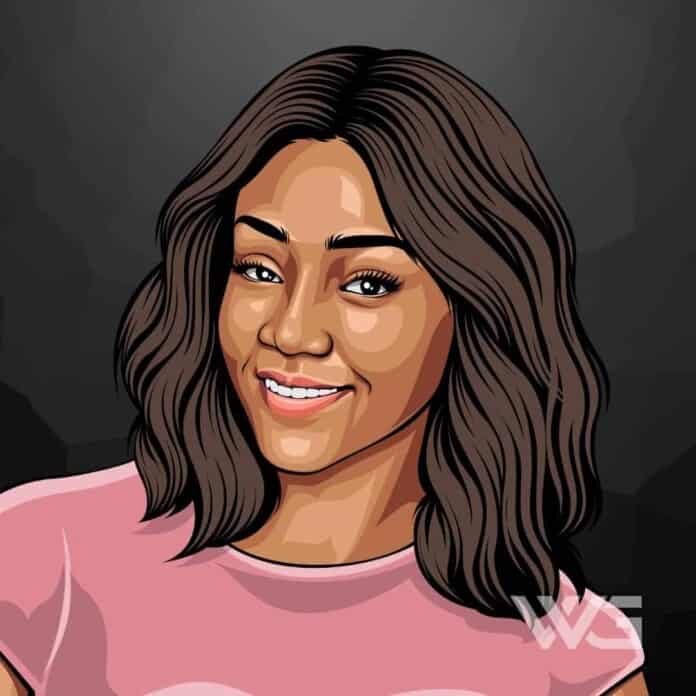 What is Tiffany Haddish’s net worth?

As of February 2023, Tiffany Haddish’s net worth is estimated to be $6 Million.

Tiffany Haddish is an American actress and comedian. Haddish has played parts in many different TV shows, however, she’s most known for starring in the comedy film Girls Trip; which was released in 2017.

Although Tiffany has only started to achieve mainstream success in the past year, she’s now on fire and set to go a long way.

Haddish was born on the 3rd December 1979, in South Central Los Angeles. She has four half-siblings; two brothers and two sisters after her father left the family when she was only 3 years old, and her mother re-married.

As a child, Haddish’s mother was involved in a serious car accident, and suffered from brain damage; which left Tiffany having to look after her siblings whilst her mother was suffering.

This led to the children being placed into foster care, for a brief period before their grandmother gained custody.

During this time, Tiffany began to use comedy as a way of helping her meeting and talking to new people. 5 years later, after a brief period of being homeless, she attended the Laugh Factory Comedy Camp, where comedy became her true passion.

To this day, she still volunteers and donates to the Laugh Factory, as well as other charities that support the homeless.

Tiffany’s first big break into comedy came when she was a content on ‘Bill Bellamy’s Who’s Got Jokes?’ in 2006. After this, she played roles in many different TV shows, but nothing major really came long.

Some of the shows Haddish played parts in included ‘My Name is Earl’, ‘Chelsea Lately’, ‘The Underground’, and ‘That’s So Raven’.

There were also a lot of different movies that Haddish got involved with, majorly between 2009 and 2015. In 2016, she starred in ‘Keanu’ as Trina Parker; which became one of the biggest parts she’d played in the film industry since the start of her career.

Then along came mainstream success a year later, when she starred in ‘Girls Trip’, which was a box-office hit. Tiffany’s performance in the movie was strongly approved by critics and has helped line up multiple films and opportunities for her next year.

One of her newest performances was in the film ‘Night School’, with Kevin Hart.

As of February 2023, Tiffany Haddish’s net worth is estimated to be $6 Million.

Here are some of the best highlights of Tiffany Haddish’s career so far:

“When my people are dying, that’s when you gonna catch me protesting. I’m not gonna protest because somebody got offered not the amount of money they wanted to get offered. If you don’t like what they’re offering you, just no longer do business with them.” – Tiffany Haddish

“When I was younger, I barely talked. I was scared of people. I had to learn how to cultivate that confidence.” – Tiffany Haddish

“There’ve been times I felt like, ‘I don’t know if I want to do this.’ That maybe I should go back to school and become a special-education teacher. But I love entertaining.” – Tiffany Haddish

“When I go to auditions, I try to always make sure I go in prepared. I always think to myself, ‘I’m here to provide them with a service. They need me, and if they decide to hire me for this service, I’m going to give them the best they’ve ever paid for and if they don’t, they’re dumb.’ That’s on them.” – Tiffany Haddish

“No matter what the situation, I try to have fun. I get pulled over by the police, I’m like, ‘Oh, this going to be the best arrest ever.’ And I end up making friends with these police officers.” – Tiffany Haddish

View our larger collection of the best Tiffany Haddish quotes!

How much is Tiffany Haddish worth?

Tiffany Haddish’s net worth is estimated to be $6 Million.

How old is Tiffany Haddish?

How tall is Tiffany Haddish?

She’s set to earn a heap more in the foreseeable future; no doubt about it. We’ll definitely see her in more movies and comedy roles this year.

What do you think about Tiffany Haddish’s net worth? Leave a comment below.