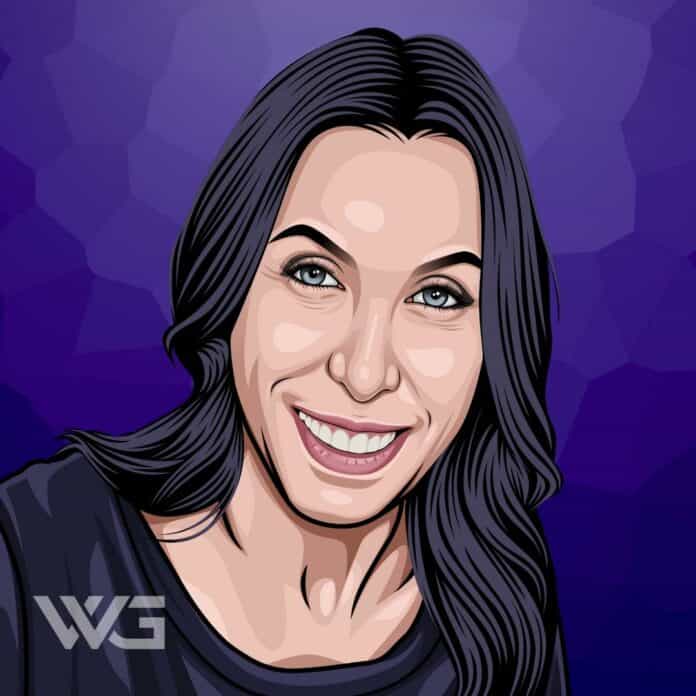 What is Alexis DeJoria’s net worth?

Alexis DeJoria has been racing since 2005 winning various records as well as several championships along the way.

She fell in love with drag racing at the age of 16 and never looked back.

Alexis has had many accidents but these never stopped her from getting back out on the track and building massive wealth through her skill and tenacity.

As of November 2022, Alexis DeJoria’s net worth is estimated to be $100 Million.

Her father, John Paul DeJoria, and mother, Jamie Briggs, split up while she was still young, but he then married a former playboy/model named Eloise Broady.

Alexis grew up with five siblings; Michael DeJario, Justin Dejario, John Anthony DeJario, John Paul DeJario II, and her sister Michaeline DeJario. She also has another sister from her mother’s side, Chloe Briggs.

Alexis was described as the wild one of the family and the young daredevil would spend her time skateboarding and breaking bones. Once she turned 16, her friend took her to the Pomona Drag Strip in California and Alexis discovered her love for drag racing.

She wasted no time, leaving her hometown and moving to Florida to attend Frank Howley’s Drag School, in pursuit of her dream. Alexis did everything she could to build her career by herself and not let her family’s reputation be the reason for her success.

In 2005, Alexis made her professional debut at the National Hot Rod Association and, after only eight months, won the Sportsman Nationals. For the first two years of her racing career, she piloted the Top Alcohol Funny Car.

Alexis decided to create her own racing team in 2009, which she named Stealth Motorsports. This is a similar tactic used by John Force, another drag racing champion.

She made history when she competed in the first ‘women vs women’ race, which ranked her top of the class.

DeJoria went on to win her first NHRA national event in 2011 at the NHRA Northwest Fall Nationals, which made her only the second woman in drag racing history to do so.

Alexis broke records consistently, and in 2012, she set the best time during her appearance at Bristol. However, during that same year, she experienced a horrible accident where her car’s rear end was torn apart. She luckily survived and didn’t end up too badly injured.

She had four semi-final finishes in the 2013 season and became the first woman to make a sub-four second pass in 2014. That same year, she broke the Funny Car track record and won the U.S Nationals.

In 2016, Alexis was involved in a major accident, surviving with only minor injuries. Her car crashed into the left wall, but Alexis jumped out of the car, landing on her feet.

Despite her lucky escape, she took a break from racing for five weeks, receiving electromagnetic therapy and low-level laser treatment to help her cell function.

In 2017, she announced her break from the sport and only returned to the track in 2019. After creating a new racing team, Alexis returned to competitive racing in 2020.

Despite her family’s money, Alexis tried to ensure that she got to the top of her sport on merit alone.

She has managed this quite well, earning huge fees on her way to many race and championship wins.

Alexis’ success in previous seasons bodes well for the future of her racing team.

We’re sure that she will continue to grace the winner’s podium, making history as she does.

DeJoria comes from an impressively wealthy family, with her father’s business empire worth billions of dollars.

All indications are that he will leave the bulk of his estate to Alexis, which will make her one of the wealthiest women in the world.

Here’s a breakdown of Alexis DeJoria’s annual net worth:

The ability to make vast amounts of money is obviously in the genes, as Alexis is fantastically wealthy in her own right.

She didn’t need her father’s money to boost her income or success, achieving her top place in racing through skill alone.

In 2013, Alexis married Jesse James who is a motorcycle customizer and an American actor.

Unfortunately, due to Jesse’s infidelity, the two got divorced in 2020. Alexis has a daughter named Isabella, from a previous relationship.

DeJoria doesn’t reveal much about her private life outside of racing, preferring to keep her family out of the limelight. She does, however, have a love of tattoos, with full sleeves on both arms.

Alexis has been winning awards and trophies since she first made her debut on the drag racing scene back in 2005.

Here are some of the more memorable moments from Alexis DeJoria’s career:

With a strong team behind her and many years of racing ahead, we’re sure that Alexis will be hitting a winning streak over the next few years.

Barring a serious crash or injury, DeJoria is sure to maintain her top spot in the sport and break a few records along the way as well.

How Does Alexis DeJoria Spend Her Money?

Alexis is a philanthropist and is known for the event she set up to help raise money to repair the Earles Court water tower. She teamed up with her mother on this project, which is close to both their hearts.

DeJoria bought a 24-room mansion in Newsport for $11.65 million in 2017. It was announced that Alexis had bought the house along with her father as a retreat for the whole family.

With her penchant for speed, Alexis loves to drive some of the most expensive cars in the world to the absolute limit.

Alexis has earned her place amongst the stars of drag racing, such as Connie Kalitta, winning both regional and national titles over the years.

Here are some of the best highlights of Alexis DeJoria’s career:

She is known for her never-say-die attitude and has the ability to shake off the shock of severe accidents, coming back stronger and even more determined to win.

Alexis DeJoria is a self-confident and driven woman who takes aim at what she wants and then doesn’t let anything get in her way.

Here are our favorite quotes from Alexis DeJoria:

To make it to the top in any professional sport takes more than just talent. You have to want it more than anything else and be able to take the good with the bad.

1. Don’t Let Anything Stop You From Pursuing Your Dreams

Alexis has experienced some horrible accidents that most people would struggle to come back from. However, she has gotten back in the driver’s seat, not allowing it to stop her from pursuing her goal. She has a dream and doesn’t let any obstacle get in the way of pursuing her dreams.

2. Live Every Day To Its Fullest

Her father brought her up with the idea that she should live every day to its fullest because it could be her last. Alexis puts everything she has into each day, so it’s no wonder she breaks so many records.

3. Work Towards Your Dream By Yourself

Alexis could have reached the top a lot quicker if she had used her family connections. Instead of taking the easy way, she worked hard and became a self-made millionaire.

Alexis DeJoria took on a male-dominated sport and became a role model to young female drivers everywhere. She has broken so many records that she’s referred to as the queen of drag racing.

Alexis says that nothing will stop her from improving herself and her career, beating all-comers on her way to the top.

DeJoria continues to be one of the most impressive women in racing and a fine example for racing drivers across the world, living the true “Fast & Furious” lifestyle.

As of November 2022, Alexis DeJoria’s net worth is estimated to be $100 Million.

What do you think about Alexis DeJoria’s net worth? Leave a comment below.