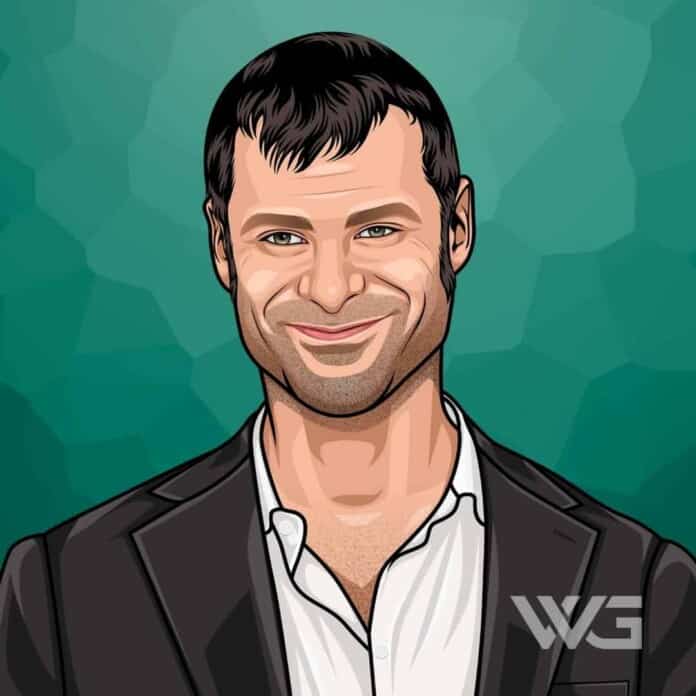 What is Matt Stone’s net worth?

Matt Stone, the creator of South Park and co-developer of Book of Mormon, is an American actor, animator, writer, producer, and composer.

Although he is best known for the adult comedy South Park, Matt Stone has a long history in the industry as one of Hollywood’s wealthiest and most successful creators.

Matthew Richard Stone was born in Houston, Texas, in 1971 to Gerald Stone and Sheila Belasco.

When he was young, his family moved to Littleton, Colorado, where he and his younger sister Rachel grew up.

There, Stone attended Heritage High School and later the University of Colorado Boulder, where he majored in mathematics and film, graduating with a Bachelor of Arts degree in 1993.

In 1992, Matt Stone and his partner Trey Parker founded the Avenging Conscience production company, which the pair used to create their first production Jesus vs. Frosty, a short film that pitted the religious figure against Frosty the Snowman.

By 1993, Stone’s production company had created Alferd Packer: The Musical, which was eventually sold to Troma Entertainment in 1996, who renamed it, Cannibal! The Musical.

In the wake of this film’s success, Stone went on to create the short comedy film Your Studio and You, which featured several celebrities, including Demi Moore, Steven Spielberg, and Sylvester Stallone.

However, Matt Stone’s biggest success came in 1997 when he created one of the best TV shows of all time, South Park, which is now on its 25th season.

The show’s pilot was made on a budget of $300,000 and took three and a half months to complete, but when it premiered, it quickly became one of the most popular shows on Comedy Central, despite the numerous South Park controversies that have emerged since its first season.

By the end of 1998, Comedy Central had sold over $150 million worth of merchandise for the show, and over 3 million new subscribers were drawn to the channel due to the show’s success.

Matt Stone was now a full-fledged celebrity, and in 1998, he signed a contract with Comedy Central that allowed him to keep producing episodes of South Park in exchange for a slice of the merchandising profits.

In 1999, when South Park: Bigger, Longer, Uncut came to theaters, it drew critical acclaim and $83 million at the box office, making the show an even larger phenomenon.

While South Park has been Matt Stone’s biggest cash cow, he is also a co-developer of the hit musical The Book of Mormon, which debuted on Broadway in 2011 to critical praise and raving reviews.

The Book of Mormon was so successful that it even received nine Tony Awards and a Grammy Award for Best Musical Theater Album, becoming one of the most successful musicals of all time.

Matt Stone is one of the richest comedians in the world, and we know a bit about exactly how much he’s made over the years.

Most notably, Matt Stone’s contract was renewed at Comedy Central in 2007 with specific terms that include:

To put the terms of this contract into perspective, consider that when Hulu paid for the streaming rights for South Park, it cost them $198 million.

That means that Matt Stone received a whopping $49.5 million just for that one deal!

Matt Stone is married to Comedy Central executive Angela Howard, and the couple lives in Venice, Los Angeles, with their two children.

Although he is ethnically Jewish, he considers himself an atheist.

Stone describes himself as a libertarian with a strong dislike of both major American political parties.

Matt Stone has won more awards than most people would ever know what to do with.

Here are some highlights from Matt Stone’s career:

How Does Matt Stone Spend His Money?

With such a huge net worth, you can imagine that Matt Stone is living a life of absolute luxury.

In addition to this, Stone also spent $5 million on a New York property that consists of an entire floor of a building.

While he later sold this property in 2019 for $6.15 million, in 2021, he went on to buy Casa Bonita, a Colorado restaurant featured in South Park, with his partner Trey Parker.

Throughout Matt Stone’s impressive career, he’s reached some incredible milestones that have enabled him to become so successful.

Here are some of the best highlights of Matt Stone’s career:

As a comedian, Matt Stone has said many hilarious things, and some even verge on being inspirational.

Here are our favorite quotes from Matt Stone:

Now that you know all about Matt Stone’s net worth, we can look at what his incredible career can teach us about finding our own success.

Here are some of the best success lessons to learn from Matt Stone:

Matt Stone has made his career on making people laugh, and it is something that is more important than most people think.

Laughter is great medicine, and when you’re feeling worn down, watching a comedy film or your favorite comedian can be exactly what the doctor ordered.

When you start taking things too seriously, you can burn yourself out quickly or even start to lower your own self-esteem.

When becoming successful, it’s important to remember not to take everything so seriously and have fun while you’re climbing that ladder.

It’s hard to imagine how different entertainment would have been if Matt Stone had given up before creating South Park.

The road to creating this successful franchise wasn’t easy, but it ultimately paid off immensely in the end.

Giving up is easy, but pushing through the hard times and staying on your hustle is what will reward you the most.

Matt Stone is one of the richest and most successful comedians in the entertainment industry, and his talent has earned him an incredible net worth.

However, seeing as South Park is showing no signs of being canceled any time soon, we can expect to his Stone’s wealth to continue to increase with each new season.

Be sure to check back regularly to stay up-to-date on Matt Stone’s impressive net worth!

What do you think about Matt Stone’s net worth? Leave a comment below.