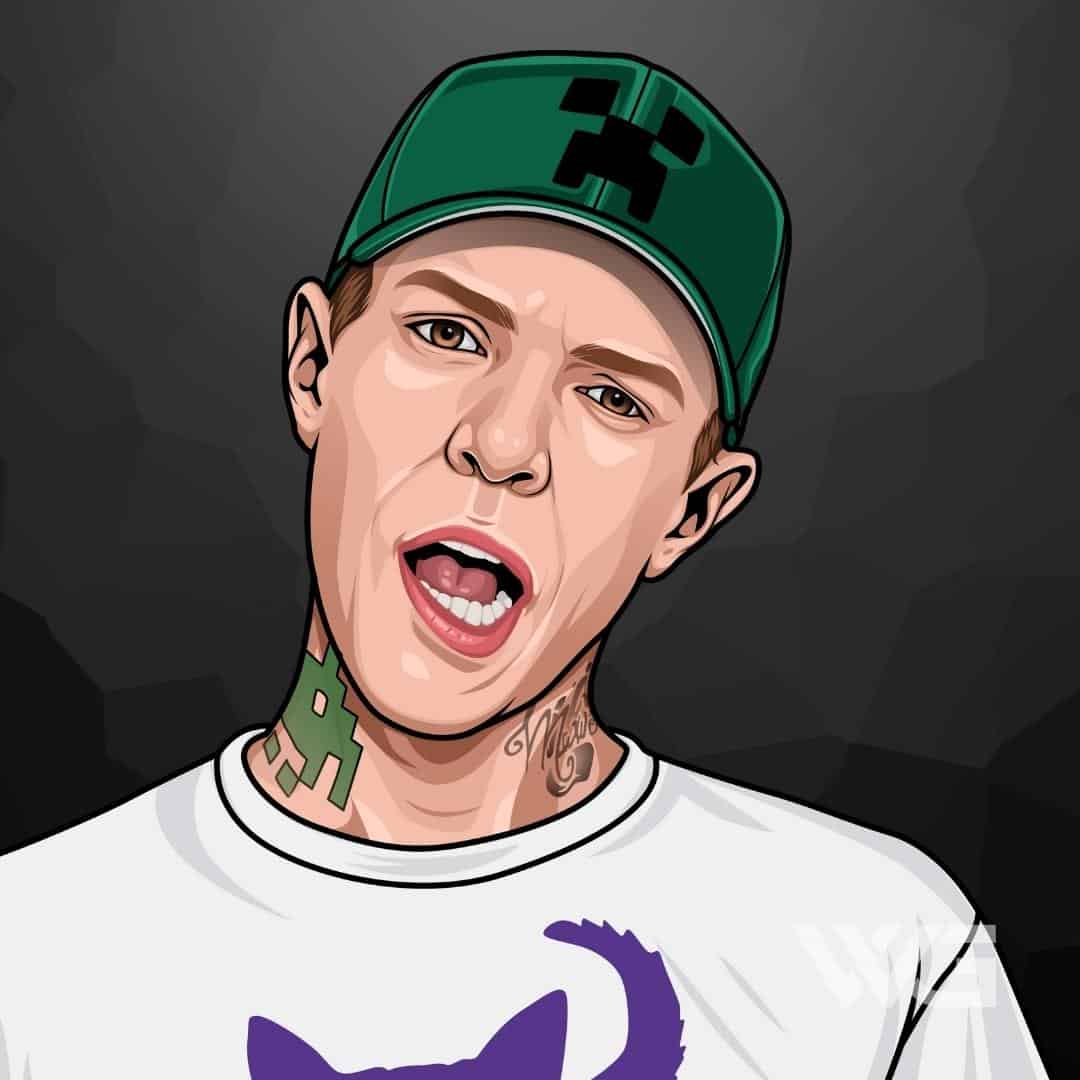 What is Deadmau5’s net worth?

Deadmau5 is one of the highest-paid electronic music producers in the world. His earnings hit record highs despite performing in a mouse costume and denouncing EDM.

Following a style that defies description, he is adored for being at the forefront of the EDM genre revitalization. He produces a variety of music styles including house music and a variety of electronic music.

Joel Thomas Zimmerman was born January 5, 1981, in Niagara Falls, Ontario, Canada. His father (Rodney Thomas “Rod” Zimmerman) is a General Motors plant worker, and his mom (Nancy) is a visual artist. He has two siblings, Jennifer (the oldest) and Chris (the youngest).

When Zimmerman hit his teens, he received his first keyboard and started piano lessons. During this time, he started messing around with electronics and experimented with making music using old computer chips.  Joel graduated from Westlane Secondary School and took the first steps toward his professional music career soon after.

Joel started co-producing a dance music program on the local radio station. Soon after, he became a composer for a stock music company.

During a conversation in an Internet chat room, Zimmerman told people in the chat room about a dead mouse he found in his computer. Soon after, he used the dead mouse as inspiration and changed his online name to Deadmau5. The reasoning behind the way he spelled his name was due to the chatroom character limitations.

Deadmau5’s big break came with the release of his debut album “Get Scraped”.

The album was released under the name Deadmau5 and went through ZOOLOOK records in 2005. The tracks “Just Before 8bit”, “Nice Try, Kiddo” and “Uploading and Downloading” were later edited and expanded under the names “8bit”, “Try Again” and “Unspecial Effects”.

In 2007, Joel started his record label Mau5trap Records. In 2008, along with Ultra Records and Ministry of Sound, Mau5trap went on to release the album “Random Album Title”. This album was a collaboration with Chicago producer, Kaskade.

The following year, Deadmau5 won his first Juno Award for “Dance Recording of the Year” with the song,  “All U Ever Want”.

In the year that Deadmau5 broke into mainstream music with his 2008 album released under his new record label, little did he know that he was set for stardom. Both featured singles on the album; “Faxing Berlin” and “I remember” won “Dance Recording of the Year” at the 2009 Juno Awards.

Mau5trap partnered with Astralwerks in 2013 and went on to release a double album. The album, “1<2” was released in 2014 and was two and a half hours long. It reached number one on Billboard’s dance/electronic albums chart as well as earning Deadmau5 his third Grammy nomination.

Deadmau5 realized that he wanted to claim his persona and trademark the mouse costume he wore on stage. Unfortunately, Disney claimed that the mouse logo looked too much like Micky Mouse and stated that it would damage their business. Eventually, after a long attempt to get Disney to understand, they finally came to a settlement in 2015.

He also earns royalties from music streaming platforms such as Spotify, Soundcloud, and Apple Music.

From very humble beginnings, Deadmau5 has carved out a niche that is all his own. His creativity and passion have made him one of the richest DJs in the world, rewarding him with wealth beyond his wildest imaginings.

Here’s a breakdown of Deadmau5’s annual net worth:

In September 2012, Joel started seeing a famous American tattoo artist, Kat von D. Very soon after, they broke up but rekindled their relationship. On the 15th of December 2012, Deadmau5 proposed to Von D via Twitter, and it was confirmed that the two would marry in 2013.

After Joel had moved to Los Angeles to live with Von D, they announced that they had ended their engagement.

Zimmerman purchased a home in 2015 in the Campbellville area of Milton, Ontario. On the 12th of August, 2017, Zimmerman married Kelly Fedoni. Their relationship only lasted a short while. They divorced amicably in 2021.

Deadmau5’s progressive-house performances have created a niche in which he is the acknowledged leader. By branching out into music production, he’s managed to create a distinctive sound that is still relevant and popular today.

Here are some highlights from Deadmau5’s career:

While Deadmau5 has been nominated for five Grammys so far, he has not yet managed to win one.

How Does Deadmau5 Spend His Money?

Deadmau5 is a car freak. He loves fast cars and is a collector of famous marques.

His love of cars doesn’t stop at the famous Italian car maker, Ferrari. Deadmau5 has a collection of customized supercars, such as a Lamborghini, a Bentley, multiple Mclarens, Mercedes, and many more of the most expensive cars in the world have found their way into his garage.

Deadmau5 bought his new home for $5 million. He’s kitted out his basement as a gaming center and, oddly, has a taxidermy room as well.

One of his big investments consisted of a 3000sq Toronto condo that he transformed into a recording studio. He no longer lives and works there, having moved out to a 118-acre estate in Campbellville, Ontario.

Despite his odd costume and zany name, Deadmau5 is a highly talented performer and producer who creates memorable dance music.

Here are some of the highlights of Deadmau5’s career:

Deamau5 has followed his passion from day one. Not comfortable with following the crowd, he has carved out a niche for himself and turned dance music on its head. This has proved to be a winning formula and earned him a boatload of cash.

Here are our favorite quotes from Deadmau5:

The key to Deadmau5’s success is his desire to be unique and not play by other people’s rules. And it is by pushing himself and staying true to his principles that he’s become such a mega-success.

Now that you know all about his net worth, here are some of the best success lessons to learn from Deadmau5:

1. Avoid Playing By The Rules

Don’t play by society’s rules play by your rules and create something new. Being true to yourself will bring its own rewards.

There is always a way to incorporate what you love into what you create. Finding what it is that you love and bringing that into the artistic process makes your music unique.

Do what you love and aim for nothing less. It’s easy to be ordinary, rather put effort into pursuing what you truly love and make something inspiring.

Deadmau5 has announced that he will never retire and will continue to do what he loves till the very end. He has weathered some controversies online, but since his mid-thirties, has taken a break from social media. Deadmau5 will continue to be one of the kings of EDM and plans on inspiring the next generation of EDM artists.

From finding a dead mouse to becoming a star as Deadmau5, Joel has created the life he always wanted. He loves producing music in his recording studio and promises to do so for many years to come.

What do you think about Deadmau5’s net worth? Leave a comment below.