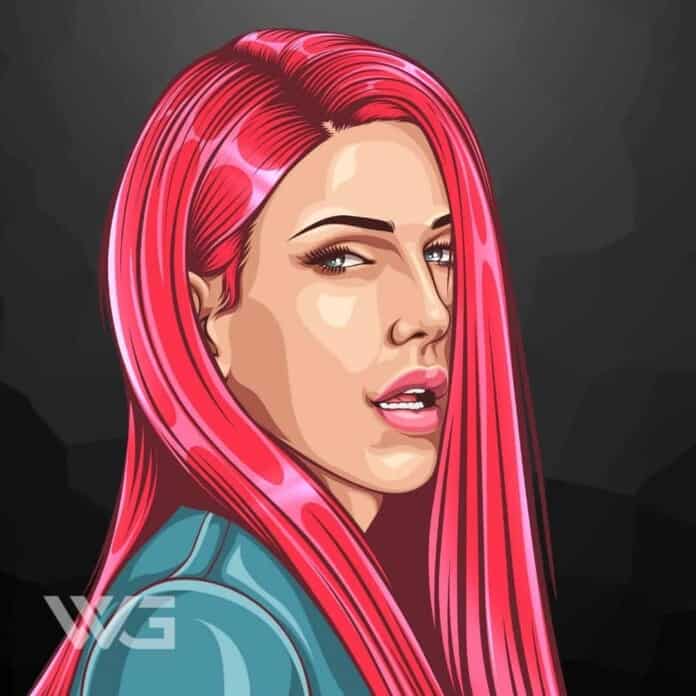 What is Jeffree Star’s net worth?

As of February 2023, Jeffree Star’s net worth is $200 Million. Jeffree Star is an American makeup artist, musician, entrepreneur, and internet celebrity from Orange County. Star is the founder of the cosmetic company Jeffree Star Cosmetics.

Star is one of the most trending people on the internet right now and has collaborated alongside many makeup artists and singers throughout his career.

Jeffree Star was born in Orange County, California on the 15th of November, 1985. His father committed suicide when Star was 6 years old and he subsequently was raised by his mother.

As a child Star regularly started experimenting with his mothers’ makeup. Star later became popular in MySpace which was his big breakthrough in his career.

Star began his career on Myspace to focus on his music as well as fashion design career. He also used social media for blogging about his life, while making social commentary on “self-image and confidence” fame, life and beauty.

Star had built up a fan base on Myspace which has given him a large number of followers all over the world.

His music career started when his friend Samantha Maloney encouraged him to make music. In 2007, he was a part of the True Colors Tour which traveled through 15 cities in the U.S.

Star released his first and only debut studio album ‘Beauty Killer’ in 2009 which reached No.7 on the U.S Billboard Top Electronic Albums chart. The next year he Signed to Akon, who described Star as “the next Lady Gaga“. However, Star abruptly left the music industry in 2013.

Since then, Star has worked with several other musical performers such as Millionaires, Blood on the Dance Floor, Deuce and Larry Tee. In 2014, Star founded his e-commerce makeup brand Jeffree Star Cosmetics.

Jeffree Star Cosmetics became a worldwide makeup brand and his success on YouTube was just getting bigger. He has gained over 9 million subscribers and over 1 billion views as of 2018.

Today Star focuses on his makeup line along with other business ventures.

How Does Jeffree Star Spend His Money?

Jeffree Star is truly the best rags to riches story that we love to tell! The makeup mogul had nearly nothing to his name 10 years ago.

When it comes to Jeffree Star, there is no denying that he is practically swimming in money! The makeup mogul has become one of the richest online personalities to date, and with that comes a pretty stellar car collection.

Jeffree Star is also a fan of some high priced bling! The star is seen wearing a number of expensive jewelry pieces from Cartier, Versace, Gucci, and Louis Vuitton. One thing that without a doubt stands out when it comes to Jeffree Star is his tattoos!

Tattoos come out at a pretty high price, and considering Jeffree has his entire body, minus his face and scalp covered. Considering Star is running a makeup empire, a few vacations here and there are definitely deserving.

Jeffree Star does not travel commercial! When it comes to his luxe vacations, meet and greets, or simply having to travel for other work-related events, you bet he is hopping onto a private jet!

Star also has a shoe collection that is worth dying over.

Here are some of the best highlights from Jeffree Star’s career:

“I’ve been a makeup artist since I was 12 and it was always a dream of mine back them to have my own line. I would spend hours every night recreating looks I saw in my mother’s Cosmo magazines and it was my escape. When you come from a poor background and a family full of alcoholics, you don’t fully understand what that means when you’re a little kid. I found art and makeup, it changed my life.” – Jeffree Star

“My whole life is a contradiction on purpose – to make you think. I think people have forgotten how to have their own opinions. They’re always waiting for someone to tell them what to do and what to wear – it’s so boring.” – Jeffree Star

“In the beginning, I was just a makeup artist and I never really pictured myself doing anything else. But now that I have so many doors open, I kind of want to be that indie rock Paris Hilton – but with actual intelligence – she’s just stupid.” – Jeffree Star

“I like to say I have Internet Immorality. From the beginning of the “internet famous” era until now, I’ve evolved and went with the flow of change, always changing my makeup looks, fashion, and vision. My brand has grown so fast from social media and I don’t know how life would be without be logging onto MySpace for the first time 10 years ago!” – Jeffree Star

“As someone who is obsessed with fashion, I personally own non-vegan materials and am very open about that. I don’t think it’s right to pretend to be someone you’re not to get sales. People know me on a real level because of how open I am in my videos. It was a simple choice: I didn’t want to exclude anyone, that wasn’t fair. I wanted EVERY customer to be able to wear my art. And it’s morally right. End of story.” – Jeffree Star

Now that you know all about Jeffree Star’s net worth and how he achieved success; let’s take a look at some of the lessons we can learn from him:

Be yourself, you’ll be a lot happier. It will never be too late to be who you really are no matter what people will say about you. At the end of the day we live once and you can choose who you wanna be.

How much is Jeffree Star worth?

Jeffree Star’s net worth is estimated to be $200 Million.

How old is Jeffree Star?

How tall is Jeffree Star?

Jeffree Star has been taking the glam world by storm. Star’s electrifying persona is what’s been the talk for quite some time now and there’s no wonder that Star has earned a fortune. He also has a self-titled YouTube channel with over 3.7 million subscribers.

As of February 2023, Jeffree Star’s net worth is approximately $200 Million.

What do you think about Jeffree Star’s net worth? Leave a comment below.