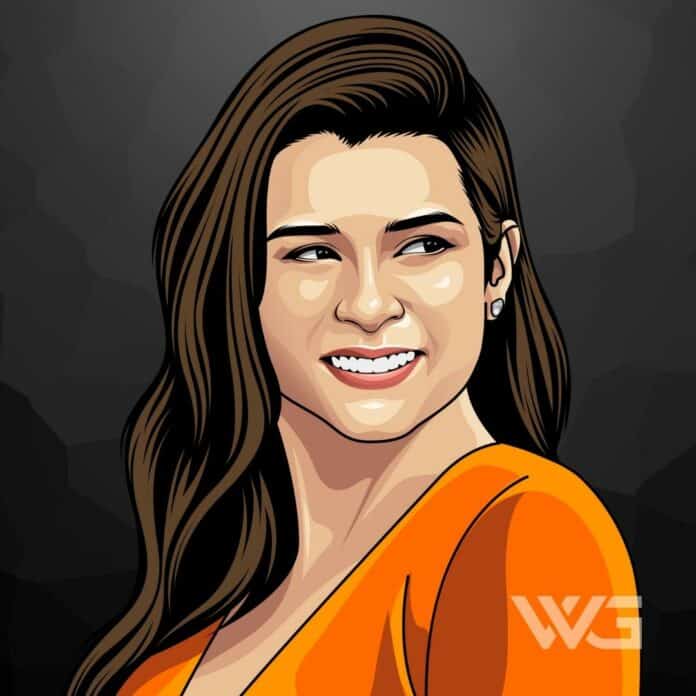 What is Danica Patrick’s net worth?

As of December 2022, Danica Patrick’s net worth is estimated to be $80 Million.

Danica Sue Patrick is an American former professional racing driver from Beloit. She is the most successful woman in the history of American open-wheel racing. Patrick started her racing career in 1998 after she attended high school.

She went from being a cheerleader in high school to become the best female racer in the world.

Danica Patrick was born on the 25th of March, 1982, in Beloit, Wisconsin. Patrick started to race at the age of 10 with her sister. She dropped out of high school to advance her racing career in England and is today the best female racer in the world.

She signed with Rahal Letterman in 2002, which was a big breakthrough in her career as a racer. During the next two years, she achieved moderate success and was a consistent finisher on the podium.

After signing with Rahal Letterman she became the fourth woman to race in the Indianapolis 500; her place was the highest ever for a female driver, becoming the first woman ever to lead the Indy 500.

The following year she won her first pole position to become the second woman to accomplish Indy Racing League. Patrick was nicknamed “Rookie of The Year” at the 2005 IRL Championship.

In 2006, among many honors she was named Female Athlete of the Year by the United States Sports Academy, after her teammate, Paul Dana tragically was killed in a crash. She made history two years later when she became the first woman to win an IndyCar race.

In 2010 she set a record with her 29th race running at the finish. Patrick began her career to stock car racing the following year where she joined the NASCAR Xfinity Series.

She scored fourth place the same year at Las Vegas Motor Speedway, as the best woman in a NASCAR national stock car driver.

Patrick continued her career by delivering noticeable results. She notched a career-best sixth-place finish at Atlanta Motor Speedway in 2014, and the following year she recorded her 6th Top 10 finish.

Today Patrick is the best female racer in the world. She won the most races that any female has ever won in racing history. Patrick announced in November that she was stepping away from racing full time and that she would retire after the Daytona 500 and the Indianapolis 500 in 2018.

Here are some of the best highlights of Danica Patrick’s career:

“Take those chances and you can achieve greatness, whereas if you go conservative, you’ll never know. I truly believe what doesn’t kill you makes you stronger. Even if you fail, learning and moving on is sometimes the best thing.” -Danica Patrick

“I’d love to do well on a big weekend with people watching and cheering, of course. But it’s not fair to create an expectation level before I know what is realistic. I want to finish as well as possible. Is that top 20? Top 15? Top 25? You just have to play it by ear.” – Danica Patrick

“On Memorial Day, I was out floating on Lake Norman and came across Denny Hamlin. We struck up a conversation, and one of the first things we were talking about was how much it helped him when he started racing the Cup car and how much it helped his Nationwide program.” – Danica Patrick

“I’ve never been bashful to say that I’m not really interested in Formula One. When I lived in England, it’s all I wanted to do and I thought that anything else would somehow be a compromise to my dreams. But then when I came back to the States, I realized how much I loved being back in the States.” – Danica Patrick

“You know, sometimes the little victories that I have throughout the season are not necessarily obvious on the track. Maybe they’re another aspect of what I’m doing, winning little victories here and there to get everything in line to be able to perform from top to bottom on race day.” – Danica Patrick

“The commitments, schedule and sponsor appearances don’t change. It gets busier because you get more popular, and the more popular you are, it actually gets busier. They’re like, ‘Yeah, let’s use her, she’s hot right now. Let’s do a shoot!” – Danica Patrick

Now that you know all about Danica Patrick’s net worth, and how she achieved success; let’s take a look at some of the lessons we can learn from her:

Take those chances where you can achieve greatness. What doesn’t kill you makes you stronger, even if you fail learning and moving on is sometimes the best thing.

Give yourself permission to shoot for something that seems beyond your grasp. You may be surprised at your own capabilities.

No matter how good you are, how brave you are or anything it comes down to that car so many times. Not every time, but many times. If you risk things outside your comfort zone you’ll have a lot of things that will be easier to achieve.

How much is Danica Patrick worth?

Danica Patrick’s net worth is estimated to be $80 Million.

How old is Danica Patrick?

How tall is Danica Patrick?

Danica Patrick is the best female racer in the world. At the age of 38, she already had an incredible net worth of $80 Million.

There’s no doubt that her net worth will continue to increase in the next five years of her career.

What do you think about Danica Patrick’s net worth? Leave a comment below.