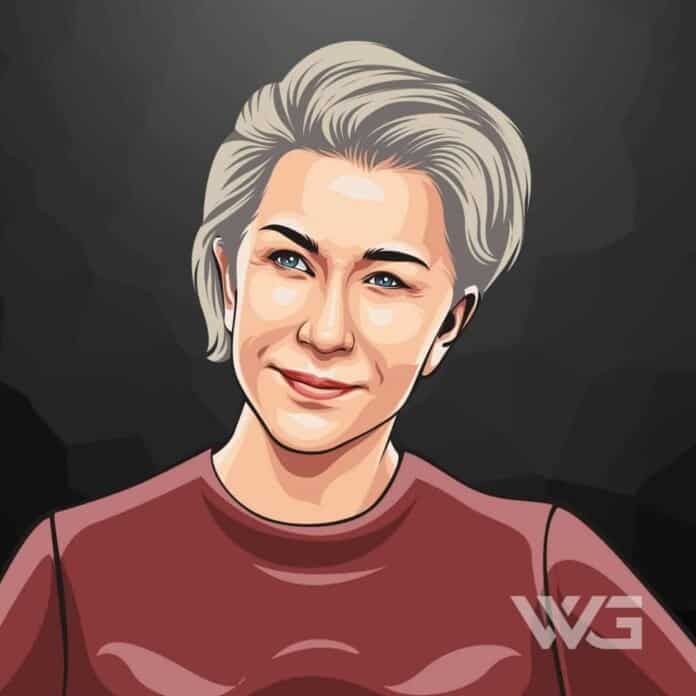 What is Helen Mirren’s net worth?

As of December 2022, Helen Mirren’s net worth is approximately $100 Million.

Helen Lydia Mironoff was born on the 26th of July, 1945 in London. Mironoff is the daughter of English mother Kathleen Alexandrina Eva Matilda and Russian father Vasily Petrovich Mironoff.

Her paternal grandfather was a Russian diplomat, while her maternal great grandfather supplied meat to Queen Victoria. When she was nine years old, her father, changed his name to Basil Mirren, anglicizing the family surname in the process.

Helen Mirren began her film career by appearing in the movie adaptations of her stage productions, such as ‘A Midsummer Night’s Dream’ in 1968 and later ‘Hamlet’ in 1976.

She subsequently appeared in ‘Savage Messiah’, a biographical film on the life of French sculptor Henri Gaudier-Brzeska. Her 1979 film ‘Caligula’ was largely panned by the critics and fared poorly at the box office because of its strong violence and explicit scenes.

Mirren next appeared in critically acclaimed films like ‘Mosquito Coast’ and ‘The Cook, the Thief, His Wife & Her Lover’. She portrayed Queen Charlotte in the well-received biographical historical comedy-drama film ‘The Madness of King George’.

She portrayed Queen Elizabeth II in the fictional drama film ‘The Queen’, for which she won several prestigious awards including a ‘BAFTA’, a ‘Golden Globe’, and an ‘Academy Award’.

Here are some of the best highlights of Helen Mirren’s career:

“The hardest period in life is one’s twenties. It’s a shame because you’re your most gorgeous, and you’re physically in peak condition. But it’s actually when you’re most insecure and full of self-doubt. When you don’t know what’s going to happen, it’s frightening.” – Helen Mirren

“Fresh from a costume fitting, where I had been posing in front of the mirror assuming what I thought was a strong position – arms folded, butch-looking…you know – I met with the woman in charge of Holloway police station. She gave me the most invaluable advice: never let them see you cry, and never cross your arms. When I asked why she said ‘because it is a defensive action and therefore weak.” – Helen Mirren

“All you have to do is to look like crap on film and everyone thinks you’re a brilliant actress. Actually, all you’ve done is look like crap.” – Helen Mirren

“Fear can be one of the most destructive emotions. It is, of course, also very important, in that fear sometimes stops you from doing stupid things. But it can also stop you from doing creative or exciting or experimental things. It can cloud your judgment of others, and lead to all kinds of evil. The control and understanding of our personal fears are one of the most important undertakings of our lives.” – Helen Mirren

Now that you know all about Helen Mirren’s net worth, and how she achieved success; let’s take a look at some of the lessons we can learn from her:

1. Getting on With It

From the outside, it would be hard to look at Helen Mirren without seeing a confident and self-assured woman. Yet in her interview, she states, “I was terrified going out on that stage.”

She also mentioned that she is always antsy when starting a new job, thinking ‘Will they like me?’, ‘Will I be good enough?’ and ‘Will I remember my lines?’.

If Helen Mirren is terrified of walking on stage and still has doubt about her ability to act after 54 years in the industry, then how do we mere mortals deal with such thoughts?

2. People Get Stuck On Their Look

People don’t know where to start and begin feeling invisible. Changing the way they look won’t make them feel more visible, but what does is if you feel better.

3. Take the Lead from Helen

Increasing your industry influence involves stepping on to the stage, both physically (speaking) and/or virtually (writing). You may find this prospect terrifying but take the advice from Helen Mirren to help you get over the first hurdle.

How much is Helen Mirren worth?

Helen Mirren’s net worth is estimated to be $100 Million.

How old is Helen Mirren?

How tall is Helen Mirren?

Helen Mirren is among the few rare performers to have achieved the Triple Crown of Acting. She has won Academy Award, Emmy Award, and Tony Award.

What do you think about Helen Mirren’s net worth? Leave a comment below.