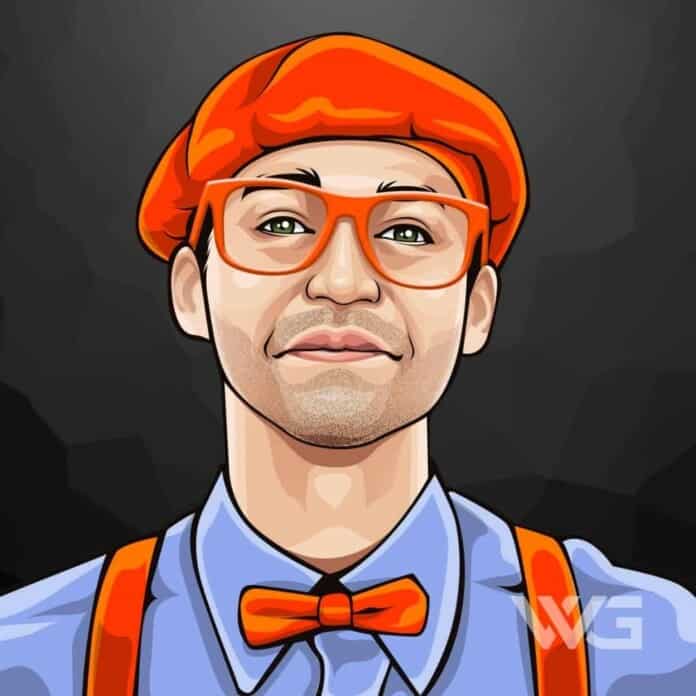 What is Blippi’s net worth?

Blippi is an American children’s entertainer and educator on YouTube and Amazon Video.

The Blippi videos are intended to be educational and appeal to young children, as John’s Blippi character is portrayed with a childlike, energetic and curious persona; always dressed in his blue and orange beanie cap, blue shirt, orange suspenders, and a bow tie.

Stevin John was born on the 27th of May, 1988, in Las Vegas. John grew up “surrounded by tractors, cows, and horses”, in Ellensburg, Washington, and has stated that as a child he wished to be a limousine driver and a fighter pilot.

Blippi’s career began when he served active duty in the United States Air Force as a C-17 loadmaster at the 4th Nuclear Airlift Squadron and is a military veteran.

The idea for Blippi came to Stevin John after moving back to Ellensburg and witnessing his then two-year-old nephew viewing low-quality videos on YouTube. Blippi has been described as “an adult human man who dresses up in bright clothes and dances around America’s deserted soft play centers for the benefit of YouTube”.

The first Blippi video was published on January 27, 2014, with John starring as Blippi and doing all of the filming, editing and graphics himself on the initial videos.

The videos would eventually garner a large following with over a billion views on YouTube, and the production staff expanding. The Blippi team would begin producing videos in Spanish, establish Blippi Toys, and begin offering DVDs and digital downloads from the Blippi website.

Here are some of the best highlights of Blippi’s career:

“Orange is fun and creative. Green was another good one, but I understood that in the future I was probably going to shoot a green screen with a large company, and I didn’t want to be the burden to have them paint it blue. I ruled it out.” – Blippi

“I just loved seeing the process of how something is made from the beginning to the end. It’s something I try to tie into my videos. I love trying to get [kids] excited that they’re actually learning something.” – Blippi

“I wouldn’t consider myself a full-blown expert at anything, but I know a heck of a lot about a lot of stuff. If I can give children positive emotions on getting excited to learn about stuff, then from there I’ve done my job.” – Blippi

View our larger collection of the best Blippi quotes!

Now that you know all about Blippi’s net worth, and how he achieved success; let’s take a look at some of the lessons we can learn from him:

Always remember you are braver than you believe, stronger than you seem, smarter than you think and loved more than you know.

Fear is a reaction. Courage is a decision.

Blippi – Net Worth Over the Years

How much is Blippi worth?

Blippi’s net worth is estimated to be $16 Million.

How old is Blippi?

How tall is Blippi?

Blippi is a fun educational YouTube channel mainly doing kid-friendly content to help them learn colors, shapes, numbers, letters, the alphabet and so much more. Its content consists of nursery rhymes, educational songs, and educational videos.

What do you think about Blippi’s net worth? Leave a comment below.

What is Luke Combs' net worth? Introduction  As of ,...