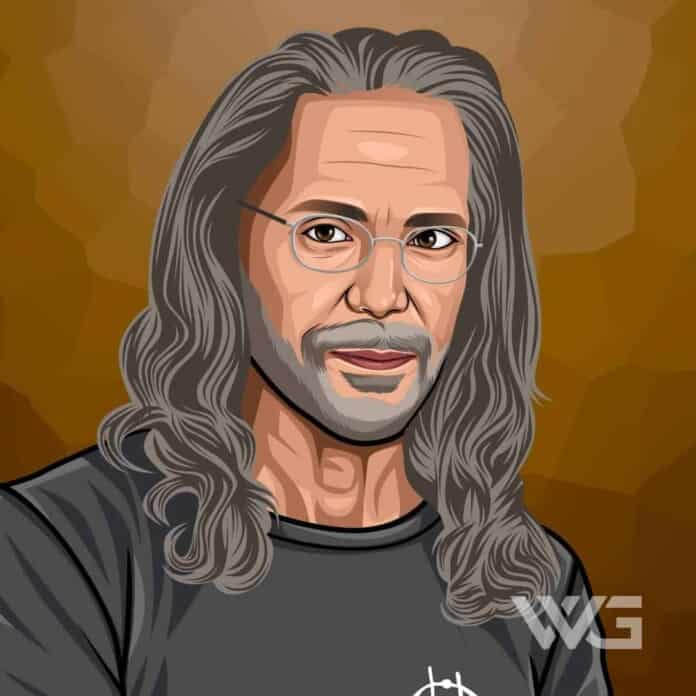 What is Tom Shadyac’s net worth?

Tom Shadyac is an American producer and screenwriter.

In 2010, he retired from comedic work to direct and write. He did his documentary ‘I Am.’ In 2011, Shadyac was a participant in the Conference on World Affairs.

Thomas Peter Shadyac was born on the 11th of December, 1958, in Falls Church, Virginia. His mother has Lebanese descent, while his father was of Irish and Lebanese ancestry.

Shadyac attended J. E. B. Stuart High School in Falls Church. In 1975 and 1976, he was included with the ‘Who’s Who Among High School Students’ website and book. He was a pre-law student at the University of Virginia.

In 1983, Shadyac moved to Los Angeles when he was 24 years old. He started acting during the 1980s. he appeared in an episode of ‘Magnum, P.I.’ He then began to work on movies of the week, which was directed for 20th Century Fox.

Shadyac rose to fame with ‘Ace Ventura: Pet Detective.’ These were his major film, and after the success, he attained prominent status in Hollywood. He got frequent offers from stars in the comedy industry, keen to work with him.

Some of his other film credits include ‘The Nutty Professor,’ ‘Patch Adams,’ ‘Dragonfly,’ and ‘Evan Almighty.’ He has been the executive producer of the ABC TV series ‘8 Simple Rules for Dating My Teenage Daughter’.

In his own documentary ‘I Am’ which follows him in the aftermath of a bicycle accident from which he suffered significant injuries. In the documentary, he interviews David Suzuki, Desmond Tutu, Noam Chomsky, Lynne McTaggart, and Thom Hartmann.

Two years later, Shadyac published the book ‘Life’s Operating Manual’ and he was featured on HBO’s broadcast show ‘Real Time with Bill Maher. It was published in 2013.

How Does Tom Shadyac Spend His Money?

Shadyac is a proud owner of a home in Los Angeles. He purchased the house for $2 million. It comes with four bedrooms and three and a half bathrooms.

Here are some of the best highlights of Tom Shadyac’s career:

“The word contentment comes from the word content, which is what we hold inside – love, value, a feeling of a life that has meaning or purpose, a cause greater than yourself that you’re a part of. These are the things that bring true happiness. As a culture, I think we need to redefine what it means to be happy.” – Tom Shadyac

“Our own economy tells us to take as much as we can get, right? Our own economy says you’re going to be the most successful graduate if you go into the business world and take as much you can get. That’s not how nature works. Nature has a much simpler economy. Everything in nature takes what it needs. That’s it.” – Tom Shadyac

“There’s one fundamental law that all of nature obeys that mankind breaks every day. Now, this is a law that’s evolved over billions of years, and the law is this: Nothing in nature takes more than it needs.” – Tom Shadyac

“The solution begins with a deeper transformation that must occur in each of us. I AM isn’t as much about what you can do, as who you can be. And from that TRANSFORMATION OF BEING, action will naturally follow.” – Tom Shadyac

Now that you know all about Tom Shadyac’s net worth and how he achieved success; let’s take a look at some of the best lessons we can learn from him:

Keep your face always toward the sunshine – and shadows will fall behind you.

We must let go of the life we have planned, so as to accept the one that is waiting for us.

How much is Tom Shadyac worth?

Tom Shadyac’s net worth is estimated to be $5 Million.

How old is Tom Shadyac?

How tall is Tom Shadyac?

Tom Shadyac is a director. Shadyac is best known for directing some of the most successful comedy films of all time, such as ‘Ace Ventura: Pet Detective,’ ‘The Nutty Professor,’ ‘Liar Liar’ and ‘Evan Almighty.’

He made a name for himself as a writer during graduate school with his short film ‘Tom, Dick & Harry.’ He rose to fame when he wrote and directed the first ‘Ace Ventura.’

What do you think about Tom Shadyac’s net worth? Leave a comment below.