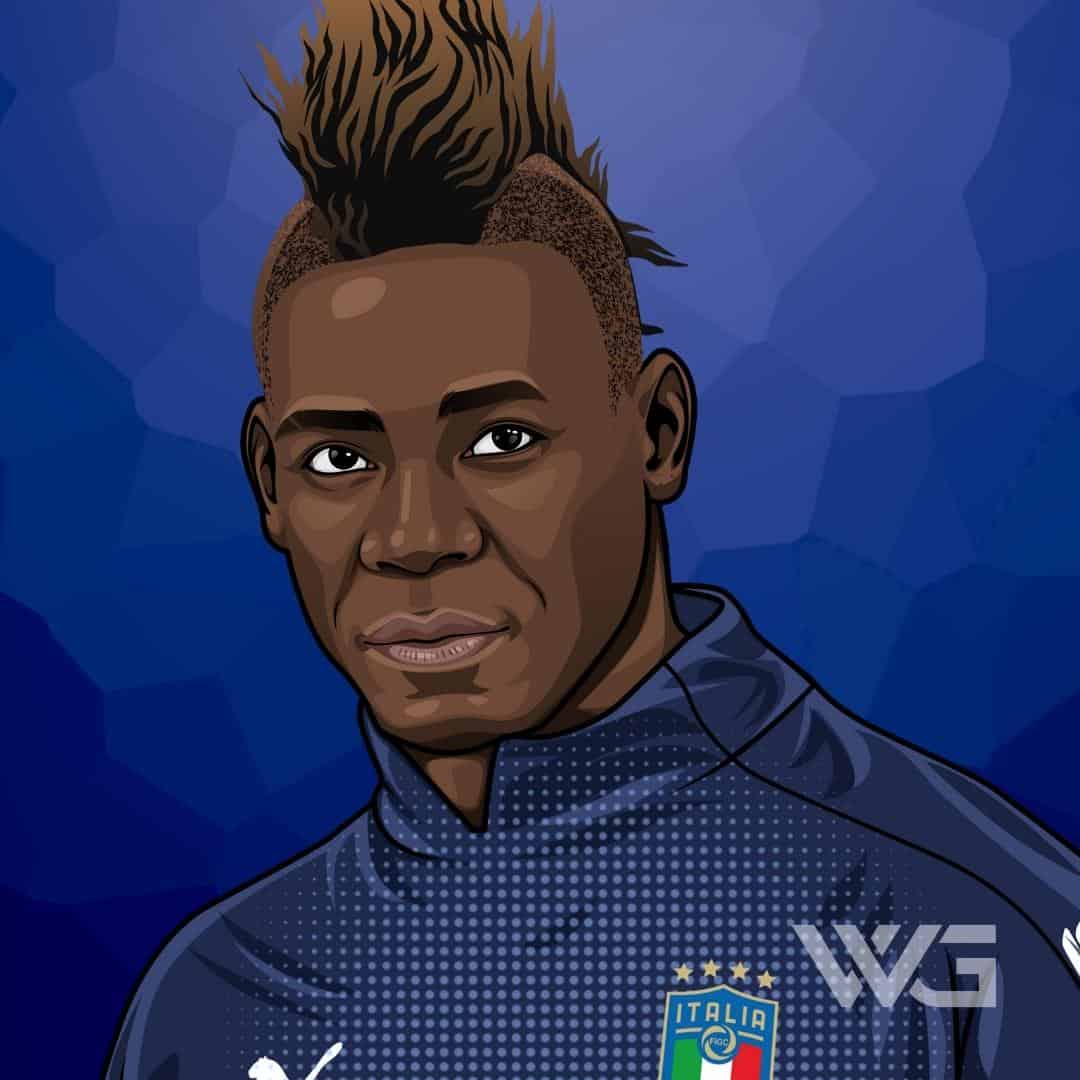 What is Mario Balotelli’s net worth?

Mario Balotelli has been playing football professionally since 2005, and he quickly made a name for himself due to his skills and natural talent.

Having played for some of the richest soccer teams in the world, Balotelli has amassed a significant fortune that easily makes him one of the wealthiest players in the sport.

As of February 2023, Mario Balotelli’s net worth is estimated to be $80 Million.

Mario Balotelli was born Mario Barwuah in Palermo, Sicily, to Ghanaian immigrants who moved to Bagnolo Mella in Lombardy when Mario was two years old.

In 1993, Mario was placed into foster care at the age of three, where he was taken in by the Balotelli family, who were able to provide for his health care needs.

His foster parents, Silvia and Francesco Balotelli, lived in Concesio, Brescia, in northern Italy, where Mario spent most of his childhood.

While Mario started out staying with the Balotelli family on weekdays and returning to his biological parents every weekend, he later was permanently fostered by the Balotelli’s and took their surname.

Mario Balotelli started his football career at 15 after he was promoted to the first team of Lumezzane with his debut match set against Padova in the Serie C1 league.

Despite being considered by Barcelona, Balotelli signed with Inter Milan in 2006, earning a spot in the first team with a Seris A debut.

When he was 18, Balotelli was scoring goals at the Champions League, but despite his skill, he was receiving a lot of racial abuse from Juventus fans, which culminated with Mario throwing his jersey at fans who were heckling him, resulting in the fans attacking him.

In 2010, Balotelli left Inter Milan and joined Manchester City, one of the richest soccer teams in the world, performing exceptionally well during his first season with them.

However, during his second season, Balotelli was suspended for four matches after kicking another player and received a total of four red cards by the end of the season.

Balotelli transferred to AC Milan in 2013, with the Italian team providing more stability for him to continue playing well, although a year later, he would move back to the UK after signing with Liverpool.

His time with Liverpool wasn’t long, and after a single season, he was transferred back to AC Milan on loan, having only scored four goals for the UK team.

In 2016, Mario Balotelli played for France, first with Nice and then Marseille, before signing a multi-year contract with Brescia, the football club from his Italian hometown.

During the 2021-2022 season, Balotelli played for the Turkish team Adana Demirspor but has since left to sign with the Swiss team Sion for the 2022-2023 season.

While Balotelli may not be as wealthy as Cristiano Ronaldo, he has accumulated a lot of wealth throughout his career.

Although we don’t know everything about his earnings, we do have some details about his specific contracts.

Mario Balotelli may not be one of the highest-paid athletes in the world currently, but we expect he might break into the ranks if he keeps playing well.

Mario Balotelli has two children, a daughter with his former girlfriend, Raffaella Fico, and a son with an unidentified woman.

While he was briefly engaged to Fanny Neguesha from 2013 to 2014, the pair ultimately separated for unknown reasons.

Throughout his career as a professional footballer, Mario Balotelli has won many games and received numerous honors and awards.

Here are some highlights from Mario Balotelli’s career:

How Does Mario Balotelli Spend His Money?

Although he’s not one of the richest athletes in the world, Mario Balotelli likes to live lavishly, and this can be seen best in the homes that he has bought.

While playing with Manchester City, Balotelli was rumored to have put his home up for rent, asking almost $16,000 a month for potential tenants.

At one point, Balotelli owned another home in England, but it was damaged due to an indoor fireworks mishap that resulted in a fire.

In 2014, Balotelli reportedly invested in another English home in Chester that cost an estimated $5.5 million.

Even more lavish than his first home, this mansion comes with its own soccer pitch, indoor pool, and private helipad.

Balotelli has enjoyed reaching many milestones throughout his career as a professional footballer, but some stand out more than others.

Here are some of the best highlights of Mario Balotelli’s career:

While he is best known for his skills on the field, Mario Balotelli also has a lot of important things to say.

Here are our favorite quotes from Mario Balotelli:

Now that you know all about Mario Balotelli’s net worth, we can look at what he can teach us about reaching our own goals.

Here are some of the best success lessons to learn from Mario Balotelli:

1. If You Want Something, Work For It

Success is something that never comes easy, and if you want to achieve your goals, you will have to keep working hard and chasing that gold.

If you want something, go for it, don’t just think about it.

2. Do Better Than Your Haters

Haters love trying to drag you down to their level because they’re jealous of your success and want you to fail.

Don’t give them the satisfaction and enjoy your success while you leave them behind.

No matter how good you are at something, there is always room for improvement.

Never stop looking for ways to up your game, and never stop honing your skills, even if you think you’re already a master.

Mario Balotelli is a star on the field, and he’s made a fortune as a member of some of the biggest football teams in the world.

While he may not be the richest footballer in the world, he is working hard towards that goal, and we’ll be sure to keep you updated as his net worth continues to increase.

Check back often to see how wealthy Mario Balotelli gets after each football season!

As of February 2023, Mario Balotelli’s net worth is estimated to be $80 Million.

What do you think about Mario Balotelli’s net worth? Leave a comment below.

What is Lamar Odom's net worth? Introduction  As of ,...

What is Amanda Cerny's net worth? Introduction  As of ,...