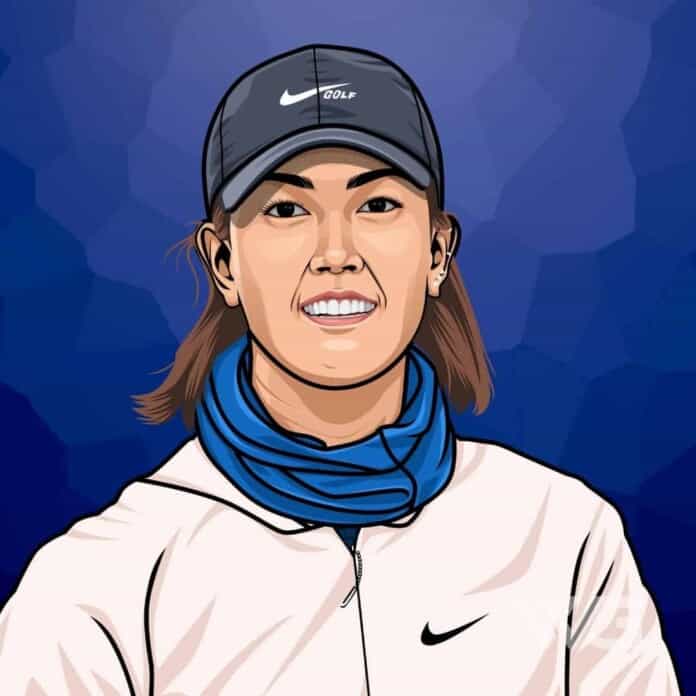 What is Michelle Wie’s net worth?

Michelle Wie is an American professional golfer. Wie plays on the LPGA Tour.

Michelle Sung Wie West was born on the 11th of October, 1989, in Honolulu, Hawaii.

Wie is the only child of immigrant parents from South Korea. Her father, Byung-Wook Wie, is a former professor, and her mother, Bo, was South Korea’s women’s amateur golf champion in 1985.

Her paternal grandfather, Dr. Sang-Kyu Wie, a resident of Jangheung, Jeollanam-do, was an emeritus professor at Seoul National University. When she was born, Wie was a dual citizen of South Korea.

Wie was the youngest winner of the US Women’s Amateur and the youngest to qualify for an LPGA Tour event. She started playing golf when she was 4 years old.

When she became the youngest person to ever qualify for the USGA national championship, she held that title for 8 years. It was later broken by a girl who was 11 months younger than Wie had been.

In 2002, Wie won the Hawaii State Open Women’s Division. In 2005, a week before her 16th birthday, Wie announced she was turning professional.

A few years later, Wie enrolled at Stanford University. After she graduated high school, she was not permitted to play for Stanford’s golf team.

How Does Michelle Wie Spend Her Money?

Wie owns a home in San Francisco for $3 million. The home comes with five bedrooms and with an open floor plan. The layout includes a grand formal entry, high ceilings throughout, and huge picture windows to take in the natural light. The living and dining space adjoins an open kitchen.

Here are some of the best highlights of Michelle Wie’s career:

“It’s a fun course. You know, last year I played really well, and hopefully this year, I can go out there and do the same for the better. Just got to go out there and hit it on the grass and not on the sand and try to get it in the hole.” – Michelle Wie

“It would be nice to go back and watch TV. But unfortunately, I can’t. And it’s only a couple of the weeks of the year where I have to really study a lot, but it always clashes around this time of the year. Last year it happened, and at least I don’t have to take an exam at 2:00 A.M.” – Michelle Wie

“Well, it’s an enjoyable, exciting time for sure. I would say to go out there and have fun, and have fun outside the golf course, hang out with friends and just enjoy your life, really. It’s kind of your life, you get to come out here and play golf, it’s just a lot of fun, so enjoy it.” – Michelle Wie

“Oh, I don’t really know. I haven’t really followed closely on the Money List I guess. I think everyone out here is very competitive, and people are going to try their hardest this week, and everyone is going to try to win. Every week it gets tougher and tougher to win out here. The scores get lower.” – Michelle Wie

Now that you know all about Michelle Wie’s net worth and how she achieved success; let’s take a look at some of the lessons we can learn from her:

Even so, time is amazingly fair and forgiving. No matter how much time you’ve wasted in the past, you still have an entire tomorrow.

Nothing worthwhile comes easily. Don’t let others discourage you or tell you that you can’t do it.

Your ability to discipline yourself to set clear goals, and then to work toward them every day.

How much is Michelle Wie worth?

Michelle Wie’s net worth is estimated to be $20 Million.

How old is Michelle Wie?

How tall is Michelle Wie?

Michelle Wie was born in Honolulu, Hawaii, in 1989.

Wie is a professional American golfer, who was the youngest person to ever qualify for the USGA amateur championship at the age of 10. Wie also became the youngest winner of the U.S. Women’s Amateur Public Links and the youngest to qualify for an LPGA Tour event.

What do you think about Michelle Wie’s net worth? Leave a comment below.