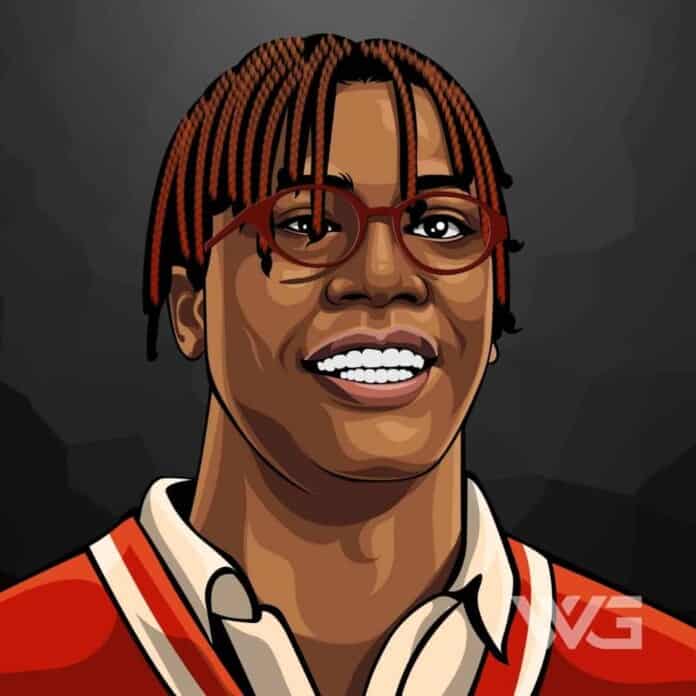 What is Lil Yachty’s net worth?

As of February 2023, Lil Yachty’s net worth is approximately $8 Million, and he is currently signed to Quality Control Music.

Miles Park McCollum “Lil Yachty” is an American rapper and singer from Mableton. Lil Yachty gained recognition in 2015 when he released his debut singles ‘Minnesota’ and ‘One Night’.

He released his first mixtape in 2016 which received a lot of attention from other rappers and producers.

Miles Park McCollum “Lil Yachty” was born in Mableton, Georgia on the 23rd of August, 1997.

He adopted his stage name “Lil Yachty” in 2015 and moved from his hometown to New York City to pursue his dream to become a successful rapper.

Lil Yachty began his interest in writing songs as well as building his Instagram followers up. One of his first singles ‘One night’ was his big breakthrough and helped him gain recognition from a lot of rappers and producers.

Lil Yachty adopted the name “Yachty” in 2015 after he moved from Atlanta to New York. In order to make a big success of his musical career, he stayed with his friend, where he networked with online street fashion personalities and built a decent fan following on Instagram.

Yachty teamed up with Burberry Perry which is a beats maker and producer who later collaborated with Lil Yachty.

They started to work with his other main collaborator K$upreme, and the trio became known as ‘The Saling Team’. Lil Yachty’s success came when Drake’s OVO Sound Radio aired one of his first singles ‘Minnesota”.

His big breakthrough came when he released his track ‘1Night’, which he posted online and went viral. The media focused on him, and he already was a big name in the rapper industry.

His networking with online fashion personalities paid off when he modeled for Kanye West’s own Yeezy Season 3 fashion line at Madison Square Garden. Lil Yachty’s debut mixtape ‘Lil Boat’ was released in 2016.

The following year he collaborated with D.R.A.M on the hit song ‘Broccoli’. The song peaked at No.5 on the Billboard Hot 100.

Since then, Lil Yachty has become by far one of the youngest most successful rappers that has collaborated with some of the finest rappers including Kanye West.

Here are some of the best highlights of Lil Yachty’s career:

“Hey, Lil’ mama would you like to be my sunshine? Ni**a touch my gang we gon’ turn this shit to Columbine. Ice on my neck cost me 10 times 3. 30, 000 dollars for a ni**a to get flee. I just hit Rodéo and I spent like 10 Gs. I just did a show and spent the check on my mama. When I go on vacay I might rent out the Bahamas. And I keep like 10 phones, damn I’m really never home. All these ni**as clones tryna copy what I’m on.” – Lil Yachty

“Can’t nobody get up in my car today back seat feeling like a charter plane? Bumping Silkk Da Shocker Charge It To The Game paint dripping like I’m whipping marmalade. Look at the way that I’m shining I won’t be checking the mileage. She said how much is that Rollie? I said don’t worry I’m timeless.” – Lil Yachty

“Quick camouflage, brand new, in this black Benz truck, ridin’ fast don’t you dare ever look back. I can change your life gotta make sure that you right for me. Make your wildest dreams everyday reality hh everyday sex for dinner having good sex in the Sprinter. Your last man was a renter
well girl, I’m a buyer.” – Lil Yachty

View our larger collection of the best Lil Yachty quotes!

Now you know all about Lil Yachty’s net worth, and how he achieved success; here are some lessons we can learn from him:

What’s the fun in life if you can’t have a good laugh. Sometimes it’s good to chill and just stay happy in the present, without worrying about the future or the past. Sometimes the best part of a situation can be found in the memes it inspires.

2. Bounce Back From Rejection

Don’t let rejection block your mission or your vision. Circumstances change, and there’s nothing you can do about it except bouncing back from the rejection. Don’t let it bring you down, life is about ups and downs, just accept it.

No matter what you’re going through, hard work pays off, and life always goes on. Even though we have been hurt, we must find a way to get through things. The world will keep turning no matter how bad we feel. This is why we have to learn how to bounce back and keep moving forward.

How much is Lil Yachty worth?

Lil Yachty’s net worth is estimated to be $8 Million.

How old is Lil Yachty?

How tall is Lil Yachty?

Lil Yachty’s road to stardom began in 2015 and has been very successful since then. Today he is one of the youngest rappers in the industry with an incredible net worth.

As of February 2023, Lil Yachty’s net worth is estimated to be roughly $8 Million, and he is only 23 years old.

What do you think about Lil Yachty’s net worth? Leave a comment below.