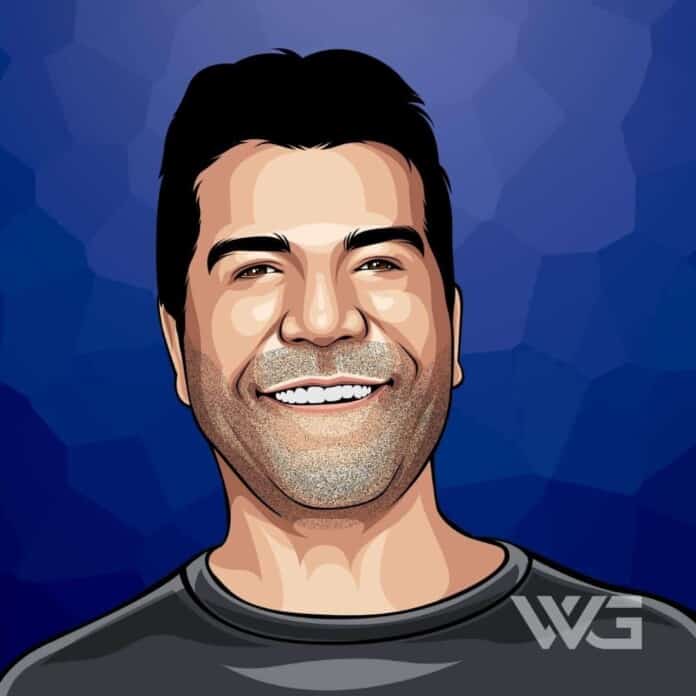 What is Simon Cowell’s net worth?

As of November 2022, Simon Cowell’s net worth is approximately $600 Million.

Simon Cowell is a famous English TV personality, who is widely recognized for his work as a judge on talent shows such as ‘American Idol,’ ‘The X Factor’ and ‘Pop Idol.’ Simon is notorious for his harsh criticism and sarcastic and insensitive comments on the shows.

He is one of the most recognizable television personalities and has made an imprint on the industry using only his sarcasm and wit.

Simon Cowell was born to parents Julie Brett and Eric Philip Cowell on October 7, 1959, in Lambeth, London. His mother worked as a ballet dancer, and his father worked as a music executive and estate agent.

Simon went to Radlett Preparatory School as a teenager but disliked it because he was always getting disciplined for getting into too much trouble. After that schooling, he attended Dover College but ended up dropping out to pursue a career in film and music.

After dropping out of college, Simon worked many small entry-level jobs. His father arranged many interviews, but he was extremely uninterested and often had a difficult time getting along with people.

At last one day, he landed a job in a mailroom at EMI Music Publishing and remained there because of his passion for music. While he worked there, he was able to work his way up and eventually reached the position as an assistant for an A&R executive in 1979.

In 1985 Cowell and his colleague Iain Burton founded Fanfare Records and found very little success. The company didn’t do so well, and they were forced to shut it down in 1989.

In 1989, BMG offered him the position of an A&R consultant so that he would be responsible for scouting out talent and new musicians for the company.

In 2001 he was chosen to appear as one of the judges on ‘Pop Idol’ the music competition. The show remained on the air until 2003, and he quickly became known for his harsh and sarcastic commentary on the show.

Cowell founded his company Syco Entertainment in 2002 which deals with music, digital content, and television. He is also the producer of the ‘Got Talent’ franchise and ‘The X Factor.’

From 2002-2010 he was a judge on the television show ‘American Idol’ along with Randy Jackson, Paula Abdul, and many other guest judges.

In 2004 he produced the competition ‘The X Factor’ which received such a positive reaction that it was adapted in several different versions worldwide.

One of his most immense successes is the ‘Got Talent’ franchise that was a new type of competition that would be open to anyone with any gift or talent. The year 2006 was the year that ‘America’s Got Talent’ debuted.

A few other shows that he has created or co-created are ‘Red or Black?’, ‘American Inventor,’ and ‘Rock Rivals.’

Here are some of the best highlights of Simon Cowell’s career:

“Work hard, be patient, and be a sponge while learning your business. Learn how to take criticism. Follow your gut instincts and don’t compromise.” – Simon Cowell

“The object of this competition is not to be mean to the losers but to find a winner. The process makes you mean because you get frustrated. Kids turn up unrehearsed, wearing the wrong clothes, singing out of tune and you can either say, “Good job” and patronize them or tell them the truth, and sometimes the truth is perceived as mean.” – Simon Cowell

View our larger collection of the best Simon Cowell quotes!

3 Rules for Success from Simon Cowell

Now that you know all about Simon Cowell’s net worth, and how he achieved success; let’s take a look at some of the lessons we can learn from him:

Staying true to yourself and always follow your intuition. There is nothing better than to be at peace with yourself and go to sleep knowing that you have not compromised your values and beliefs.

Some people might get offended or hurt and even attacked when you tell them the truth, and that’s because it’s not always what they want to hear. The truth is not always convenient or pleasant, but it’s the truth.

Working hard is part of having success.

Dedication and hard work are how we can get ahead in life. It’s important to recognize hard work and to give credit where it’s due.

How much is Simon Cowell worth?

Simon Cowell’s net worth is estimated to be $600 Million.

How old is Simon Cowell?

How tall is Simon Cowell?

Simon Cowell is one of the most famous and recognizable personalities on television. Known for his wit and sarcasm, Simon has had quite an impact on the industry.

As of November 2022, Simon Cowell’s net worth is currently about $600 Million.

What do you think about Simon Cowell’s net worth? Leave a comment below.