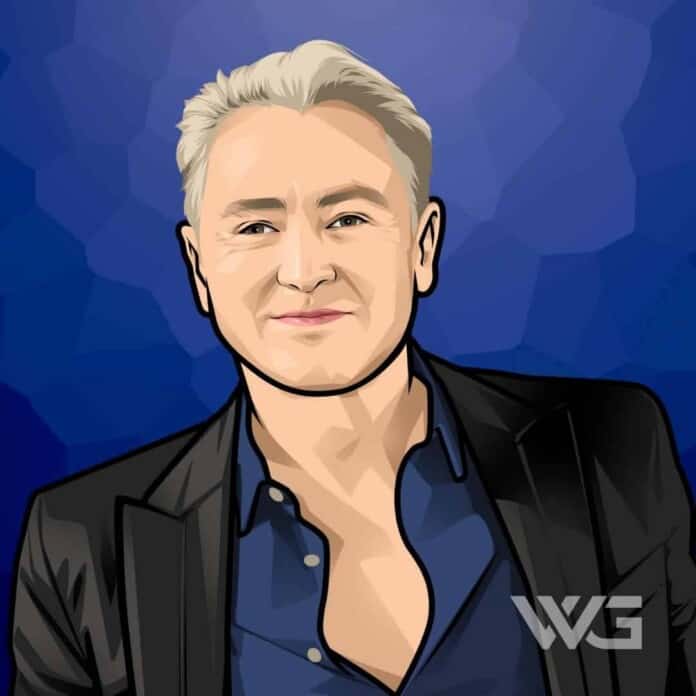 What is Michael Flatley’s net worth?

Michael Flatley is a dancer and musician.

Flatley is best known for Riverdance, Lord of the Dance, Feet of Flames, and Celtic Tiger Live. His shows have played to more than 60 million people in 60 countries and grossed more than $1 billion.

His parents were both born in Ireland. His grandmother, Hannah Ryan, was a champion dancer. Michael is the second of five children. He has three sisters, Anne-Marie, Eliza, and Thomasina, as well as a brother, Patrick.

When he was 11 years old, he was taught dance by Dennis G. Flatley went to Brother Rice High School, an all-boys Catholic private school on Chicago’s Southwest Side.

Flatey began touring with Green Fields of America as a musician and then with The Chieftans in the 1980s. He eventually caught the attention of the then president of Ireland, Mary Robinson.

He, along with Jean Butler, created a seven-minute performance that was so well-received that he then decided to expand it into the full-length production, “Riverdance.”

In 1995, he moved from Riverdance following a salary dispute and created his own show called “Lord of the Dance,” set to music by Ronan Hardiman. This show premiered in 1996 in Dublin.

His next show was titled ‘Celtic Tiger Live,’ which opened in 2005. It included more styles of dance than previous shows but retained many of the popular elements from the past, such as Flatley’s flute solos.

Over the next years, Flatley worked on several different projects, including performing on the popular television competition ‘Dancing with the Stars and a guest-hosting spot.

How Does Michael Flatley Spend His Money?

Michael Flatley spends some of his money on real estate.

In 2001, Flatley purchased an old Irish estate house, Castlehyde, which had originally been owned by the first president of Ireland, Douglas Hyde. The house was in derelict condition when he purchased it for 3 million pounds and Flatley spent over 45 million pounds renovating and furnishing it with antiques and artwork.

Here are some of the best highlights of Michael Flatley’s career:

“You’re out on stage, the music is blaring, the crowd is screaming, the lights are flashing, your heart is pumping, the sweat is flying, and it’s the greatest feeling in the whole world.” – Michael Flatley

“I moved to the French Riviera in 1999, which is a long time ago now. I have had many dear friends here for years, and I have since sold my house in Villefranche and moved to the Principality. This part of the country has always felt like home. So here I am!” – Michael Flatley

“I try to keep in shape, and I love walking, I always have. I often walk for hours. Many of the paths in Monaco have been made with runners and walkers in mind so it’s a lovely experience.” – Michael Flatley

“I always have a bowl of porridge after my walk. It’s a great way to start the day and gives me power for the rest of the day. Occasionally, for a real treat, I have an Irish breakfast.” – Michael Flatley

“I am a sucker for romance. I think romance is the most underrated thing we have in this world and we all need to spend a little more time focusing on that. Love to take my wife to a whole range of places.” – Michael Flatley

Now that you know all about Michael Flatley’s net worth and how he achieved success; let’s take a look at some of the lessons we can learn from him:

If your ship doesn’t come in, swim out to meet it!

A year from now, you may wish you had started today

The secret of getting ahead is getting started.

How much is Michael Flatley worth?

Michael Flatley’s net worth is estimated to be $350 Million.

How old is Michael Flatley?

How tall is Michael Flatley?

Michael Flatley is an Irish-American dancer and choreographer.

Flatley is well-known worldwide for creating touring dance shows such as “Riverdance” and “Lord of the Dance,” among others, which have collectively grossed over $1 billion.

What do you think about Michael Flatley’s net worth? Leave a comment below.

What is Will I Am's net worth? Introduction As of ...