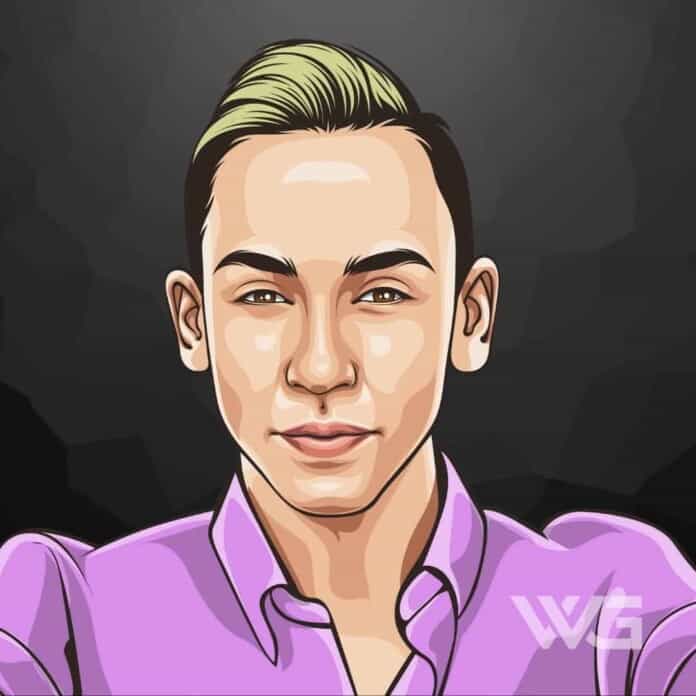 What is Blackbear’s net worth?

As of January 2023, Blackbear’s net worth is estimated to be roughly $5 Million.

Blackbear is an American singer, songwriter, and record producer. He has collaborated with numerous musical artists such as Marc E. Bassy, Justin Bieber, G-Eazy, Mike Posner, Childish Gambino, and Billie Eilish. He co-wrote “Boyfriend” by Justin Bieber, alongside Mike Posner, which debuted at number two on the Billboard Hot 100.

Matthew Tyler Musto was born on the 27th of November, 1990, in Florida. In high school, Musto was the singer of Florida-based rock band Polaroid. They released one album, Paint The Town, one EP, Inside And Out, and one demo, The Cure Demo.

After leaving Polaroid, Musto began a solo career when he moved to Atlanta to work with Ne-Yo.

Blackbear’s music career began while he was still in high school. He joined the rock band Polaroid as a singer. Signed with Leakmob Records, the band released one album named ‘Paint the Town’ and one Extended Play named ‘Inside and Out’.

His first full-length album, ‘Deadroses,’ was released in February 2015. It contained ten tracks. The lead single ‘Idfc’ was a major success and charted on the Billboard R&B Hot 100. It became very popular and has been streamed over 22.5 million times on SoundCloud.

His third album ‘Digital Druglord’ released in April 2017. It peaked at the 14th position on the US Billboard 200, and also entered the charts in other countries such as Canada and the Netherlands.

Here are some of the best highlights of Blackbear’s career:

“My family was very unsure and they told me to have a “plan B” until I did my publishing deal at 21 for over a million dollars. Then I tattooed my neck to prove I’ll never become a lawyer.” – Blackbear

“I feel like I just learned a whole new world when I was studying under Ne-Yo when I was about 17. I was living on Ne-Yo’s manager’s couch, making three songs a day. My music became more hip-hop influenced, based on the producers I was working with before I learned to produce my own music later on.” – Blackbear

“It’s a process, to say the least. I like to be the captain of my ship and be involved with everything from the stage production, merch, art, and rollouts.” – Blackbear

“I was diagnosed with necrotizing chronic pancreatitis and it definitely put a pause on live performances for a while. But I haven’t drunk in years, so hopefully, no more surgeries.” – Blackbear

“Mission: Cure is finding a cure for pancreatitis, so it meant a lot to me to give half the sales. I think we’ve sold 5K units or something, so it’s awesome to see kids in the crowd with them on.” – Blackbear

Now that you know all about Blackbear’s net worth, and how he achieved success; let’s take a look at some of the lessons we can learn from him:

1. Give and Accept Nothing Less Than Respect

This applies to everyone from people on the street to your romantic partner. If you are not getting what you deserve from them, find someone who will give it to you.

We all have emotions, and it takes more strength to be vulnerable and show them to others than it does to hold them in and hide from the world.

3. Belong to a Community

Whatever you enjoy, do it, and do it with others. It will increase your sense of belonging, confidence, and bring new opportunities to your life. Stay socially involved.

How much is Blackbear worth?

Blackbear’s net worth is estimated to be $5 Million.

How old is Blackbear?

How tall is Blackbear?

Blackbear is a well-known American hip-hop singer, songwriter, and record producer who has worked with some of the best artists in the music industry.

As of January 2023, Blackbear’s net worth is roughly $5 Million.

What do you think about Blackbear’s net worth? Leave a comment below.

What is Tim Burton's net worth? Introduction  Tim Burton is an...