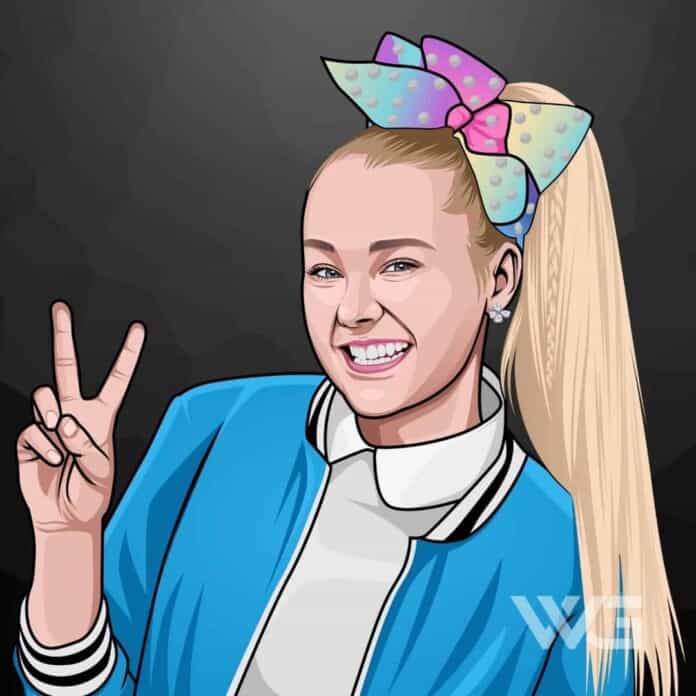 What is JoJo Siwa’s net worth?

JoJo Siwa is an American singer, dancer, actress, and YouTube personality who is best known for her appearance on ‘Dance Mom’s’ with her mother. Siwa is also known for her singles ‘Boomerang’ and ‘Kid in a Candy Store’.

She regularly posts videos of her daily life on her YouTube channel, ‘It’s JoJo Siwa’.

Joelle Joanie Siwa was born on the 19th of May, 2003, in Nebraska. Siwa is the daughter of Jessalynn and Dr. Tom Siwa. She has one older brother named Jayden.

She started her career as a finalist on the second season of Abby’s Ultimate Dance Competition. The competition was produced by Abby Lee Miller of Dance Moms.

After appearing on Abby’s Ultimate Dance Competition she soon started to appear on ‘Dance Moms’ and she also began auditioning for Miller’s dance competition team in 2014.

Siwa dropped her song ‘Boomerang’ in 2016 which addresses the subject of bullying. Two years later, she was named as the ‘Breakout Artist of the Year’ by Vivid Seats.

The same year, she announced that she would do her debut concert in 2019. Siwa’s tour was scheduled to visit several outdoor stadiums, theaters in a total of 52 cities.

Her tour was scheduled to conclude on the 26th of June in Austin, Texas, before resuming for leg two on the 10th of July in Orlando, Florida.

Here are the best highlights of JoJo Siwa’s career:

“I’m very proud of ‘Every Girl’s a Super Girl.’ I want all girls to know that no matter what size, color, or shape, whatever they are, that every girl is a super girl! They should be brave, confident, and have fun and enjoy every day!” – JoJo Siwa

“MeToo is a strong movement in Hollywood, but a lot of my fans and demographic are younger, and they don’t really understand what’s going on with it. I wanted to put something out for them, even for those who are 4 years old, that every girl is a supergirl. No matter your age, your height, your weight, your color – whatever you are.” – JoJo Siwa

View our larger collection of the best JoJo Siwa quotes!

Now that you know all about JoJo Siwa’s net worth, and how she achieved success; let’s take a look at some of his best lessons that we can learn from her:

Anything in life can go actually go wrong, but you can’t think about it all the time, it’s not good. You have to enjoy every moment in life.

2. Focus On The Right People

How much is JoJo Siwa worth?

JoJo Siwa’s net worth is estimated to be $20 Million.

How old is JoJo Siwa?

How tall is JoJo Siwa?

JoJo Siwa is a well-known YouTube personality and singer and she first became famous by appearing on ‘Dance Moms’ alongside her mother.

She is known for her many talents such as acting, dancing, and singing. Throughout her career so far she has released several songs and starred in multiple television series.

She has been able to capitalize on her fame and made deals and contracts with Nickelodeon.

As of December 2022, JoJo Siwa’s net worth is estimated to be roughly $20 Million.

What do you think about JoJo Siwa’s net worth? Leave a comment below.