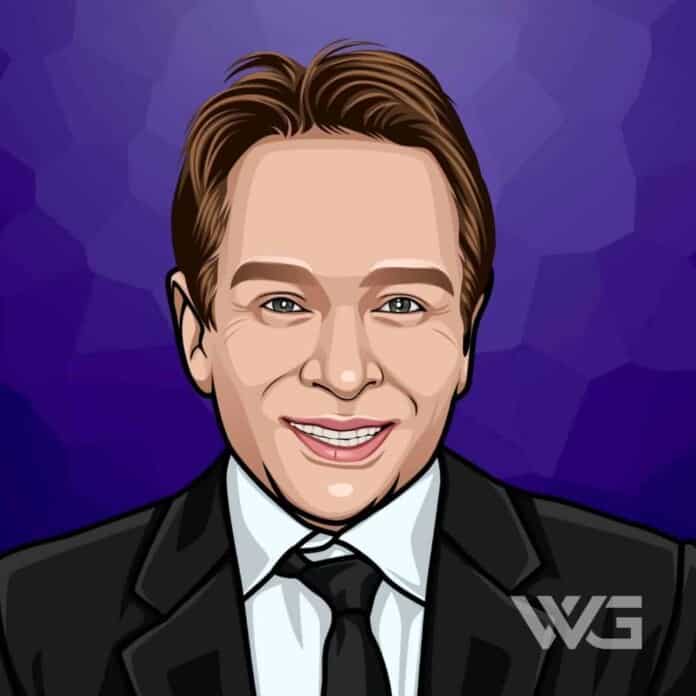 What is Chris Kattan’s net worth?

Chris Kattan is an American actor, comedian, and author.

Kattan is best known for his work as a cast member on ‘Saturday Night Live.’ Kattan is also known for his role as “Bob” on ‘The Middle He has also been seen playing “Doug Butabi” in ‘A Night at the Roxbury’ and in ‘Bunnicula.’ .’

Chris Kattan was born on the 19th of October, 1970, in Culver City, California. His mother was once photographed for Playboy, and his father was born to Jewish parents from Poland and Iraq.

Kattan was raised on a Zen retreat on Mount San Antonia. He moved to Bainbridge Island, where he attended Bainbridge High School. He graduated in 1989.

Kattan was a member of many improvisational comedy troupes and one of them being ‘The Groundlings’ in Los Angeles. Kattan did some minor roles on television, including the second episode of ‘NewsRadio.’

He moved to New York and started to work on ‘Saturday Night Live’ from 1996 to 2003. He rose to fame when he starred in ‘A Night at the Roxbury’ alongside Will Ferrell.

In 2008, Kattan appeared in a Diet Pepsi Max commercial during Super Bowl XLII. The following year, he starred in the Independent Film Channel miniseries ‘Bollywood Hero.’ He also appeared in the supporting role in ‘The Middle’ the same year.

In 2011, Kattan made a guest appearance on the Saturday Night Live Christmas show hosted by Jimmy Fallon. He reprised his role as former SNL character Mango in 2014. In 2017, he was a contestant on season 24 ‘Dancing with the Stars.

He reunited with Jimmy Fallon, Horatio Sanz, and Tracy Morgan during the cold open of The Tonight Show, starring Jimmy Fallon, which also featured Ariana Grande, in a reprisal of their iconic performance of ‘I Wish it Were Christmas Today.’

Here are some of the best highlights of Chris Kattan’s career:

“Even today, I still can’t open my hand wide enough to use my fingers normally on the keyboard. The impact that my injury and subsequent surgeries had on my career was immense, but more importantly, the fallout proved to be devastating to some of the closest relationships in my life.” – Chris Kattan

“As a physical comedian, I had always been worried about waking up with a whole different body one day. That fear became my reality. After those forty-five seconds on the ‘SNL’ stage in May of 2001, my body would never, ever be the same.” – Chris Kattan

“The SNL family I was part of had stopped taking care of me, and soon I wasn’t able to pay for everything myself. But I never really fought for myself or demanded anything. I never thought about the potential legal ramifications of what had happened to me on the set and what was happening now. I had been brought up to be responsible for myself.” – Chris Kattan

“I didn’t know or hadn’t let myself see until that moment that although the situation with Amy hadn’t directly involved Will, my actions and dishonesty had made him feel deceived and betrayed.” – Chris Kattan

“It was pitched to me — an idea about an actor/comedian trying to make it into the movies in Bollywood, and I’ve always wanted to do what Larry David is doing with a Curb Your Enthusiasm or Ricky Gervais on Extras, that heightened sense of playing yourself. And if you’re going to do that, do it in a smart way.” – Chris Kattan

“I think the best way to get people like that is when you ask your friends to do it. So I asked Maya, and she read it. She wasn’t like, “Yeah, I’ll do it, whatever.” Smart people are smart enough to say, “Well, let me read it first.” So yes, Maya is a friend, and Keanu Reeves, and David Alan Grier. They responded strongly to the script.” – Chris Kattan

Now that you know all about Chris Kattan’s net worth and how he achieved success; let’s take a look at some of the lessons we can learn from him:

Believe in yourself and try not to take anything personally.

Being able to improvise is the basis for creating all characters and situations, for everything to do with performing, really. And it’s good therapy as well.

3. Comedy Is a Talent

Kattan understands what his gift is, which is making people laugh, hopefully. It’s more on that level. It would be best if you had the talent to be a successful comedian.

How much is Chris Kattan worth?

Chris Kattan’s net worth is estimated to be $6 Million.

How old is Chris Kattan?

How tall is Chris Kattan?

He has done a variety of work both on TV and in movies. Kattan’s career started when he became involved in different comedy troupes in Los Angeles. He has made appearances in various shows, including ‘NewsRadio’ and ‘No, This Is Not Based Entirely on Julie’s Life.’

What do you think about Chris Kattan’s net worth? Leave a comment below.