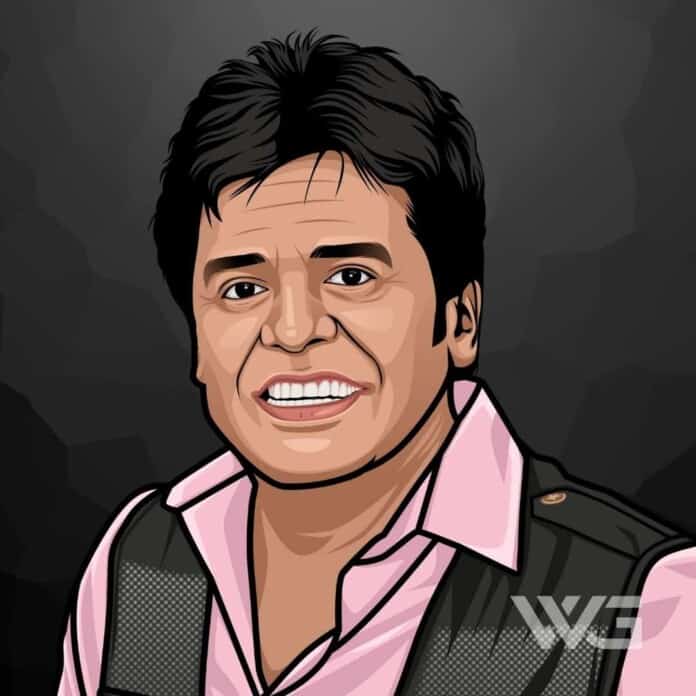 What is Erik Estrada’s net worth?

Erik Estrada is an American actor and police officer.

Estrada is best known for his role as California Highway Patrol officer Francis in the police drama television series ‘CHiPs’. The show ran from 1977 to 1983.

Estrada later became known for his work in Spanish-language telenovelas, his appearances in reality television shows and infomercials and as a regular voice on the Adult Swim series ‘Sealab 2021.’

Estrada has captured the hearts of millions of fans worldwide by playing the police officer Frank Poncherello in the highly successful television series, ‘CHiP’s’.

In addition to the six-year run of the series, he rose to fame with his work in Spanish language telenovelas, reality TV shows, and infomercials. He is the son of Carmen Moreno and Renildo Estrada. His parents are of Puerto Rican descent.

His great career as a voiceover artist and his working engagement at the Cartoon Network’s ‘Sealab 2021’ has earned him to have a massive net worth.

In 1970, he made his film debut in ‘The Cross and the Switchblade’. He played the role of Nicky Cruz alongside Pat Boone, who appeared in the role of David Wilkerson.  Estrada got the chance to star in the disaster film ‘Airport’ in 1975, before his breakthrough role in ‘ChiPs.’

Throughout his career, Estrada has appeared in the three-part episode of the police drama’ Hunter,’ the series ‘Armed and Famous’ and maybe the biggest telenovela ‘Dos Mujeres, Un Camino’ in 1993.

On the big screen, Estrada has been seen in ‘From Dusk ‘Til Dawn’ in 1996′. When it comes to his private life, he was married three times. He was married and divorced from both Joyce Miller, and Peggy Rowe with two children.

His present wife is Nanette Mirkovich and they have one child.

How Does Erik Estrada Spend His Money?

Here are some of the best highlights of Erik Estrada’s career:

“This happens to a lot of kids from different backgrounds – they lose a lot of their parents’ and grandparents’ teachings, language, and culture because they have to deal with another language and culture 24/7. By the time I was 44, I was terrible at Spanish. I was always intimidated whenever I had to speak it.” – Erik Estrada

“Oh my God… I worked with George C. Scott, way before ‘Chips,’ in ‘The New Centurion.’ I co-star in that movie. It was great working with him. I worked with Charlton Heston, Glenn Ford, Robert Mitchum. Stacy Each. The old Hollywood. I met John Wayne, and that was a thrill. I was working next door to him.” – Erik Estrada

“Playing a positive role on a network television show, it was great. I took it as a responsibility. Poncherello was supposed to be Poncherelli, and then when I got this part, I said, ‘You know what, this guy isn’t going to be Italian-American, he’s gonna be Hispanic American.’ And they went with it.” – Erik Estrada

“My new passion is to get Internet education mandated in all schools. We’ve got to start teaching our kids how to be safe in the 40,000 plus chat rooms out there. Because they’re being had. These sexual predators groom the kids. I know, I’ve arrested enough of them.” – Erik Estrada

“Listen, the Latin people, I love the Latin people. They are so loyal to you. Even if you haven’t been on TV for thirty years, they still love you. And they cherish you and give you respect. You’re not fast food in the Latin market.” – Erik Estrada

Now that you know all about Erik Estrada’s net worth and how he achieved success; let’s take a look at some of the lessons we can learn from him:

Some people don’t like you just because your strength reminds them of their weakness. Don’t let the hate slow you down.

3. Okay To Be Scared

It’s okay to be scared. Being scared means, you’re about to do something really, really brave.

How much is Erik Estrada worth?

Erik Estrada’s net worth is estimated to be $4 Million.

How old is Erik Estrada?

How tall is Erik Estrada?

Erik Estrada is an American actor and police officer who is most widely known for his impressive work on the popular series ‘ChiPs’.

Estrade has also enjoyed a successful career as a voiceover artist, currently doing voiceover work on the Cartoon Network’s ‘SeaLab 2012’ and as a performer on various Spanish-language telenovelas.

What do you think about Erik Estrada’s net worth? Leave a comment below.