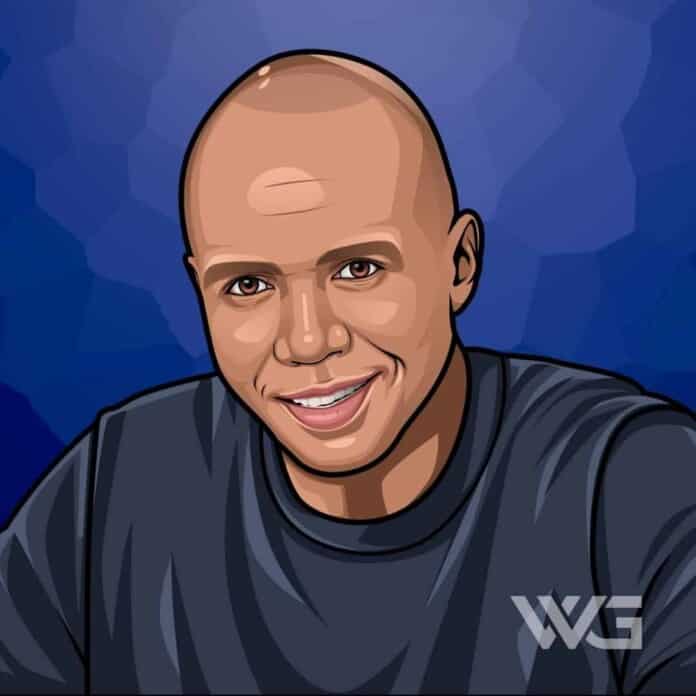 What is Phil Ivey’s net worth?

Ivey has won ten World Series of Poker bracelets, one World Poker Tour title, and appeared at nine World Poker Tour final tables. Ivey is regarded by numerous poker observers and contemporaries as the best all-around player in the world.

Phillip Dennis Ivey Jr. was born on the 1st of February, 1977, in California.

He first began to develop his poker skills by playing against co-workers in New Jersey in the late 1990s.

His nickname “No Home Jerome” stems from the fake ID card he secured to play poker in Atlantic City, New Jersey, in his teenage years. Ivey was given the nickname “The Phenom” after winning three World Series of Poker bracelets in 2002.

He also has bracelets in Pot Limit Omaha from 2000 and 2005. In 2000, he was the first person to defeat Amarillo Slim heads-up at a WSOP final table.

In the 2010 World Series of Poker, he received the most votes for the Tournament of Champions. At the 2010 WSOP, Ivey won his eighth bracelet in the $3,000 H.O.R.S.E. event in a final table made up of other notable players.

How Does Phil Ivey Spend His Money?

Phil Ivey spends some of his money going on expensive NBA games and donating money to charities.

Ivey is a huge fan of the NBA’s Houston Rockets and L.A. Lakers. But cheering on his favorite teams is only one of Ivey’s hobbies.

He also likes to partake in golf. Ivey finished third in the inaugural World Series of Golf. He also enjoys video games and making a few side bets in his spare time.

Ivey also has a very charitable side, with generous donations to Empowered to Excel and as co-founder of the Budding Ivey Foundation.

Here are some of the best highlights of Phil Ivey’s career:

“The biggest thing when you’re playing live is that you’re sitting across from the player and can get a detailed impression of how they’re acting, and whether they’re expressing strength or weakness. Online, it’s much more about betting patterns, and you’re using a much narrower range of cues to what they’re holding and thinking.” – Phil Ivey

“I never thought about poker not working out. When I started playing poker, I just thought this is what I’m going to do for the rest of my life. You have to think that way, and if it doesn’t work out, of course, you move on from there. But if you start out thinking any other way, you’re setting yourself up to fail.” – Phil Ivey

“I’d start out by joining training sites, like Ivey League. There’s free content there for people who are starting out, fundamental strategy for folks building their game, all the way up to very high-level content for professional players. I’d work on my game online and at casinos, build my bankroll, find good games.” – Phil Ivey

“I see Ivey League as part of my legacy, and I want to teach the world to win at poker. Want to build a training site that can help people who have never touched a deck of cards as well as support the particular needs of top-tier players who are building a world-class game.” – Phil Ivey

“I actually spent most of that time working with my team to define and prototype parts of Ivey Poker and Ivey League. From my point of view, it was a hectic time.” – Phil Ivey

Now that you know all about Phil Ivey’s net worth and how he achieved success; let’s take a look at some of the lessons we can learn from him:

You’ve got to take some chances, know when you’re beaten and know how to get certain advantages.

Many people these days are too ambitious; their sights are set too high at the start, and they end up diving in too deep, quitting their day job too soon.

You get your chips your way if you fight for it.

How much is Phil Ivey worth?

Phil Ivey’s net worth is estimated to be $100 Million.

How old is Phil Ivey?

How tall is Phil Ivey?

Phil Ivey is an American professional poker player. Ivey moved to Roselle when he was just a baby. Ivey is an eight-time winner of the World Series of Poker.

He has also won the World Poker Tour title. Ivey first became interested in online poker while working at a telemarketing firm in New Jersey. He would play with his co-workers during breaks and after work.

What do you think about Phil Ivey’s net worth? Leave a comment below.

What is Bryan Cranston's net worth? Introduction As of ,...