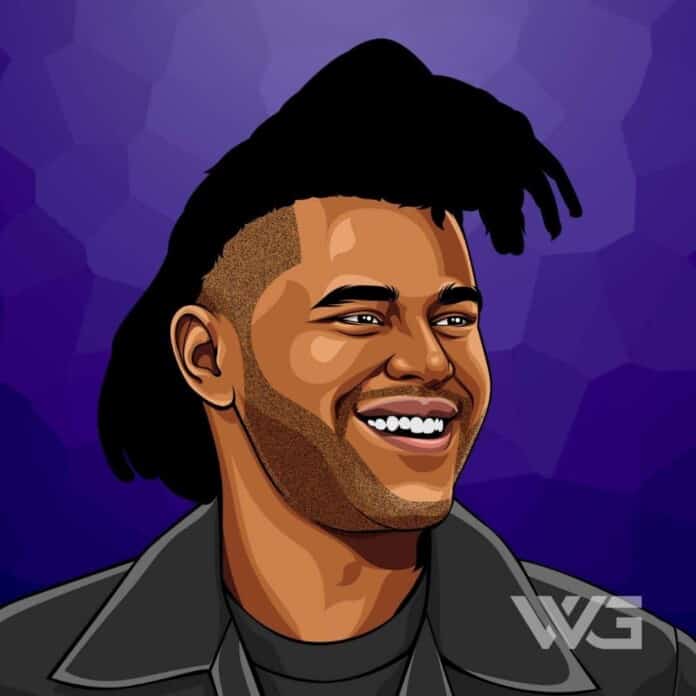 What is The Weeknd’s net worth?

Abel Makkonen Tesfaye, also known as The Weeknd, is a Canadian songwriter, singer, and record producer who began his career in 2010 by anonymously releasing his music on YouTube.

After less than a decade of working in the music industry, the musician has gained an enormous following and has quickly become one of the most mainstream artists in the world.

He has also been able to collaborate with some of the most famous and influential musicians out there.

In the 1980s Abel’s parents, Makkonen and Samra Tesfaye, came to Scarborough, Ontario all the way from Ethiopia and had their first and only child there on February 16, 1990.

After his father left when he was only a toddler, so his mother and grandmother primarily raised Abel. His mother worked two full-time jobs to support the family, and she also attended night school.

After deciding he didn’t want to go to school anymore, The Weeknd left home to live with some friends in a one bedroom house.

The Weeknd’s career began when he met the producer Jeremy Rose when the two began collaborating to create an R&B album called ‘The Weekend.’ After he created three songs for the album, Jeremy decided to not include Abel’s music in the album.

The rejection led Abel Tesfaye to create his very own channel on YouTube under the name ‘The Weeknd’ so that he could share his three songs with the world.

After gaining lots of popularity from the song he released in 2010 he went on to create his debut mixtape which he dropped in 2011 titled ‘House of Balloons.’ He soon began performing live and even met and collaborated with rapper Drake.

In 2011 he released his second and third mixtapes ‘Thursday’ and ‘Echoes of Silence.’ These first three mixtapes sent him straight to the top within the first year.

In 2012 he was performing in music festivals throughout the US and Europe including Coachella, Primavera Sound Festivals, and the Wireless Festival. The same year, he also signed a record deal with Republic Records and announced his album titled ‘Trilogy.’

In 2013 he released an album called ‘Kiss Land,’ and he also contributed to ‘The Hunger Games: Catching Fire’ soundtrack.

A year later, he released his hit song ‘Earned It’ which leader appeared on the ‘Fifty Shades of Grey’ soundtrack and he collaborated with Ariana Grande in the song ‘Love Me Harder.’

In the two following years, he created two more albums ‘Beauty Behind the Madness’ and ‘Starboy’; both of which included musicians such as Ed Sheeran, Lana Del Rey, Labyrinth, Kendrick Lamar and more.

Here are some of the best highlights of The Weeknd’s career:

Favorite Quotes from The Weeknd

“Be loyal to your own piece of mind.” – The Weeknd

“Staying in a hopeless and miserable situation doesn’t make you loyal, it just makes you miserable.” – The Weeknd

“It’s always been in me. I just had to be confident enough to let it out.” – The Weeknd

3 Rules for Success from The Weeknd

Now you know all about The Weeknd’s net worth, and how he achieved success; let’s take a look at some of the lessons we can learn from him:

1. Embrace who you are

Be true to yourself and don’t be afraid to let people see who you are and what you can do. Be confident and always embrace your true self.

2. Do what makes you happy

Be kind to yourself and do things that will put you in a good state of mind. Don’t force yourself to do things that aren’t good for you or your conscience. Be happy and good things, and people are sure to come your way.

You should always have the willpower and mental capacity to take yourself out of a harmful or toxic situation. Be loyal to yourself and put your happiness first.

How much is The Weeknd worth?

The Weeknd’s net worth is estimated to be $300 Million.

How old is The Weeknd?

How tall is The Weeknd?

The Weeknd is a Canadian songwriter singer and record producer who has quickly become one of the worlds most mainstream artists.

In less than a decade he has been able to collaborate with some of the music industry’s most infamous and iconic musicians, and he has gained a massive following.

As of November 2022, The Weeknd’s net worth is approximately $300 Million.

What do you think about The Weeknd’s net worth? Leave a comment below.