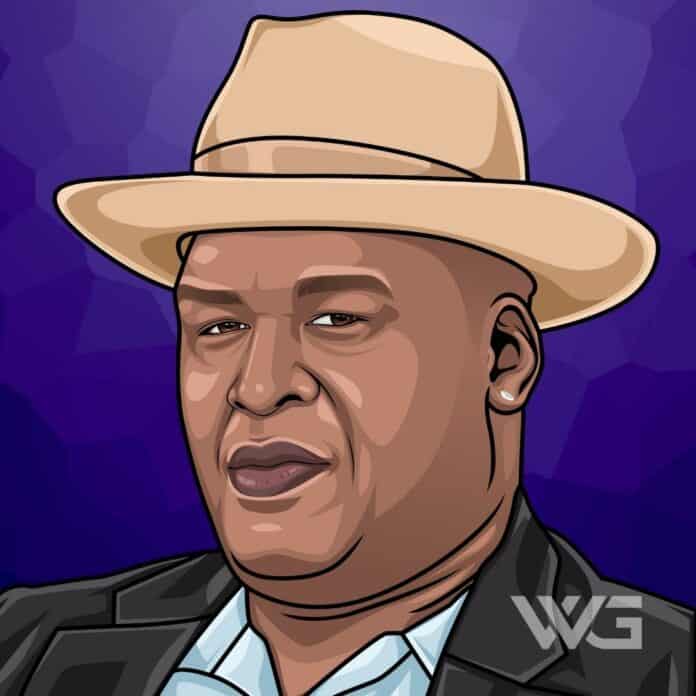 What is Buster Douglas’s net worth?

Once the undisputed world heavyweight Champion, Buster Douglas is best known for knocking out Mike Tyson in their 1990 match.

While he has since retired from the ring, he hasn’t ruled out a return in the future, even after entering his 60s.

As of December 2022, Buster Douglas’s net worth is estimated to be $15 Million.

As a child, Buster grew up in the predominantly black Linden neighborhood of Columbus, and his father ran a gym at the Blackburn Recreation Center near the city’s downtown.

It was his father that introduced Buster to boxing, though while attending Linden McKinley High School, he played both football and basketball, even leading his team to the AAA State Basketball championship in 1977.

After graduating, Douglas played basketball for the Coffeyville Community College Red Ravens from 1977 to 1978, and he even appears in the college’s Men’s Basketball Hall of Fame.

From 1979 to 1980, Douglas played basketball for Sinclair Community College before moving on to Mercyhurst University on a basketball scholarship.

Eventually, Douglas returned to Columbus to focus on boxing, making his professional boxing debut in 1981.

After defeating Dan O’Malley in his debut four-round bout, Douglas went on to be undefeated for another four matches before finally facing his first loss to David Bey in 1981.

Fortunately, this loss didn’t start a trend, and Douglas fought in another 14 matches until 1983, winning 13, with only one ending in a draw.

In December of 1983, Douglas faced his second loss, this time to Mike White, which was followed by a no-contest match against David Starkey.

Douglas won two more matches in 1986 before losing to Tony Tucker in May of 1987, after 10 rounds in the ring.

However, this loss was only a minor setback, and months later, in 1987, Douglas kicked off another winning streak that saw him achieve victory in another seven matches, the last of which was against Mike Tyson in 1990.

Buster Douglas’s match against Mike Tyson in 1990 made boxing history, and while no one thought Douglas would win, his knockout victory after 10 rounds caused an incredible upset in the boxing world.

Douglas would reign as the world heavyweight champion, and while Tyson adamantly wanted a re-match, even offering millions of dollars for it, Douglas ignored him in favor of making his first title defense against Evander Holyfield.

Unfortunately, while Douglas dominated in the first two rounds, Holyfield landed an uppercut that knocked Douglas off balance and left him disoriented to the point that the referee stopped the fight.

Buster Douglas retired after his loss but reappeared to participate in nine more matches between 1996 and 1999, out of which he only lost one.

While he may not be one of the richest boxers in the world anymore, Buster Douglas has done very well for himself.

Although we don’t have information about his earnings for every match, we do know how much he made from some of his most prominent ones.

He may not be as wealthy as Floyd Mayweather, but you can’t deny that Douglas has done well for himself, having earned millions from only two fights.

Not too much is known about Buster Douglas’s personal life, though we do know that he married his wife, Bertha, in 1986, though the marriage ended in divorce just four years later.

Buster has three sons, with Bertha, Arthur, Kevin, and Cardae, and another son, Lamar, from his high school girlfriend.

Douglas does have his own official Instagram account, which he uses to post photos from his boxing career, his coaching program, and events he appears at.

Currently, Douglas is living a nondescript life near a farming village just outside of Columbus, Ohio, where he coaches young boxers at his local rec center, just like his father did before him.

Buster Douglas has earned a lot of fame throughout his boxing career and won numerous matches.

However, some of his accomplishments stand out more than others for their significance.

Here are some of Buster Douglas’s most significant victories:

Overall, Buster Douglas participated in 46 fights, winning 25 of them and only losing six times.

How Does Buster Douglas Spend His Money?

While Buster Douglas has more than enough money to live luxuriously for the rest of his life, since retiring, Douglas has been enjoying a quiet life.

Living in a large home just outside a small farming village a short way away from his hometown, Douglas doesn’t flaunt his wealth and tries to stay under the radar.

Although he could be driving down the streets of L.A. in a car that costs more than most people’s houses, instead, he works as a coach for young boxers at his local rec center and focuses on his family.

After an eventful career like his, we can’t blame him for enjoying his downtime, even if he’s said he could be ready to get back into the ring within a few weeks’ notice if tempted.

Buster Douglas has enjoyed a lot of success throughout his professional boxing career.

However, some milestones stand out more than others for helping him rise to fame.

Here are some of the best highlights of Buster Douglas’s career:

Buster Douglas has certainly enjoyed an eventful career and one that fans aren’t likely to forget anytime soon.

Although Buster Douglas hasn’t given many interviews during and after his career, he has spoken out a few times.

What he has been recorded saying has given fans an invaluable glimpse into who he is as a fighter and a person.

Here are our favorite quotes from Buster Douglas:

There is a lot we can learn from Buster Douglas, both in and out of the ring.

Now that you know all about Buster Douglass’s net worth let’s take a look at what he can teach us about reaching our own goals.

Here are some of the best success lessons to learn from Buster Douglas:

When something goes wrong or haters start popping up, it can be easy to lose your cool or become discouraged.

However, if you learn to keep your calm and move on, you’ll be able to stay motivated no matter what tries to hold you back.

2. Stand Up For Yourself

Being a doormat is easy and standing up for yourself is tough but necessary.

When trying to become successful, it is vital to learn how to stand up for yourself and speak up so that you can find the best opportunities available.

If you don’t believe in yourself and what you’re doing, you’ll have a much harder time getting ahead.

Remind yourself that your skills are valuable and keep a positive mindset to keep moving forward without being held back by negativity.

Former undisputed world heavyweight champion Buster Douglas left a lasting mark on boxing history and earned quite a bit of money doing it.

Although he has been retired since 1999, Douglas has continued training and hasn’t completely ruled out a return to the ring.

Make sure to check back often to see how large Buster Douglas’ net worth will continue to grow and if he will ever make a return to boxing.

As of December 2022, Buster Douglas’s net worth is estimated to be $15 Million.

What do you think about Buster Douglas’s net worth? Leave a comment below.