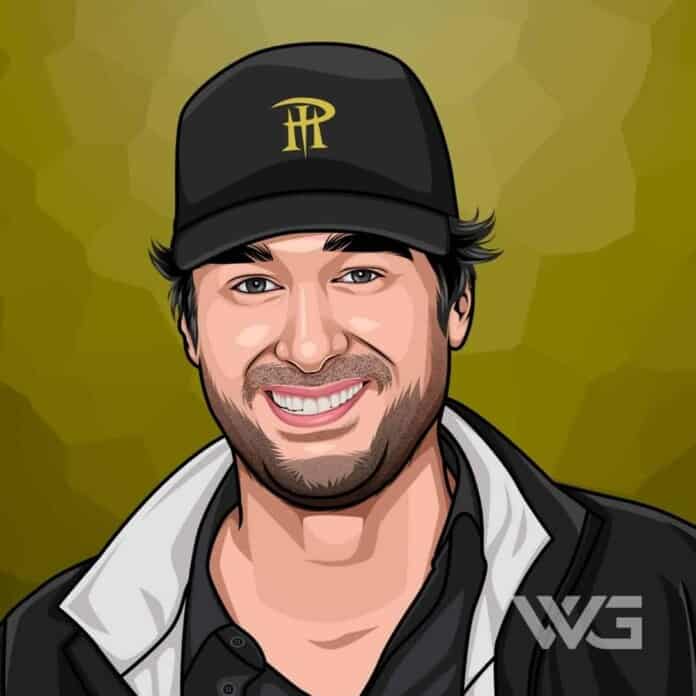 What is Phil Hellmuth’s net worth?

He also won the Main Event of World Series of Poker Europe in 2012. He is considered to be among one of the skilled poker players.

As of November 2022, Phil Hellmuth’s net worth is estimated to be roughly $20 Million.

Philip Jerome Hellmuth Jr. was born on the 16th of July, 1964, in Wisconsin. Hellmuth attended Madison West High School, and after that, he moved to the University of Wisconsin.

Hellmuth has lived in California with his wife, Katherine Sanborn, a psychiatrist at Stanford University, and his two sons Philip III and Nicholas, since 1992.

Hellmuth holds the records for the most WSOP cash and the most WSOP final tables. He is known for normally taking his seat at poker tournaments long after they start. As of this year, his live tournament winnings exceeded $23,000,000.

In the 1988 World Series of Poker event, he came in 33rd after being eliminated by Johnny Chan. The following year, he became the youngest player to win the Main Event of the WSIO by defeating Johnny Chan.

In 1993, he became the second player in WSOP history to win three bracelets in one WSOP. A few years later, he won his record-breaking 11th bracelet.

This year, Hellmuth has won over $15,000,000 and has been ranked 4th on the WSOP All-Time Money List, behind Daniel Negreanu, Antonio Esfandiari, and Daniel Colman.

How Does Phil Hellmuth Spend His Money?

Phil Hellmuth is a successful poker player that can spend his fortune on whatever he likes. Hellmuth likes to have lavish vacations in his free time.

Phil Hellmuth is a rich man, and sometimes he likes to invite people over to his VIP suites, which normally is located at Aria Hotel.

He loves to travel in style, and he has been seen at many different resorts around the world, which can cost a lot of money. Hellmuth has been seen in South France on vacations.

Here are some of the best highlights of Phil Hellmuth’s career:

“There are times when success doesn’t make sense on a purely mathematical basis. I’ve played absolutely perfectly before, put in a masterful performance, and then my perfect play evaporated because one guy lost his mind and got lucky. Of course, I’ve also won that way.” – Phil Hellmuth

“Trust me when I tell you that Andy Roddick has the game to win a major poker tournament. I’ve played Hold ’em with him several times, and he consistently demonstrates the playing style and competitive drive that gives him a legitimate chance to win.” – Phil Hellmuth

“The benefit of fast play is that you’ll get players to commit their chips with relatively weak hands since it will be hard for them to believe that you have a strong hand every single time. The downside is that your opponents will raise weak when you have nothing at all, forcing you to fold.” – Phil Hellmuth

“When strangers walk up to me and want to play golf for money, I worry. I wonder why they’re coming to me, and I begin asking questions: When did you start playing? What’s your best score? Are you playing your best golf right now? Where do you play? Usually, I can tell if they’re lying.” – Phil Hellmuth

“I used to have a routine where I would eat a meal during the World Series of Poker. They would call it a day, and I would go work out. I would always order poached salmon with mushrooms, and I would dip the salmon into a side of ranch dressing.” – Phil Hellmuth

Now that you know all about Phil Hellmuth’s net worth and how he achieved success; let’s take a look at some of the lessons we can learn from him:

What gets lost is that half of the poker is reading people. When you’re reading well and making counterintuitive plays, a strict math player will get scared and start making fewer moves, and then the person is even easier to read.

There’s more luck in poker. Getting good at golf requires a certain amount of physical aptitude. Both take a lot of patience and require knowing when to gamble – either with a big bluff or a high-risk shot. Both can be infuriating.

How much is Phil Hellmuth worth?

Phil Hellmuth’s net worth is estimated to be $20 Million.

How old is Phil Hellmuth?

How tall is Phil Hellmuth?

Phil Hellmuth began playing poker at a young age, and after his years at the university, he dropped out to play poker full time.

As of November 2022, Phil Hellmuth’s net worth is estimated to be roughly $20 Million.

What do you think about Phil Hellmuth’s net worth? Leave a comment below.